Just as the Alhambra motivated our visit to Granada, the Ciudad de las Artes y las Ciencias motivated our trip to Valencia.  Built in the late 1990s in the former bed of the Turia river (which ran through downtown Valencia until the 1960s, when it was diverted after major flooding).  The uber-modern architecture is exciting to see in pictures and thrilling to see in person.  It's a totally different experience from walking through the courtyards and gardens of the Alhambra, and yet it reassures me that yes, we are still capable of creating really cool buildings in this day and age.  Plus, the buildings -- and the awesome public space they create -- reflect the exuberance and building energy that characterized Spain in the past few decades.  According to one article I read, when the 2008 recession hit, Spain had more building projects underway than any other country besides China.  I hope the economy improves enough to allow some of those projects to move to completion.  This world needs more great architecture! 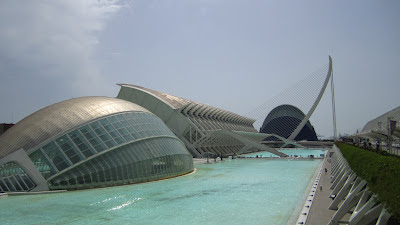 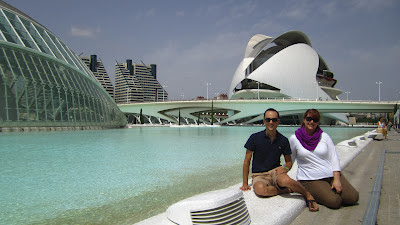 Palau de les Arts Reina Sofia
Seating 4,400, this building is the second largest opera house in the world (after the Sydney opera house).  It is also, as far as I'm concerned, the most impressive of the buildings in the complex.  I totally want to come back and to an opera here. 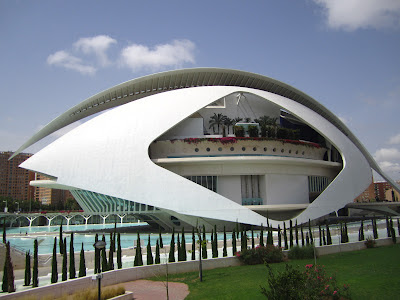 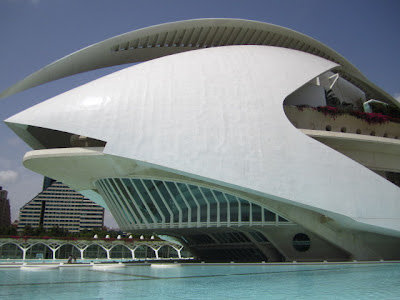 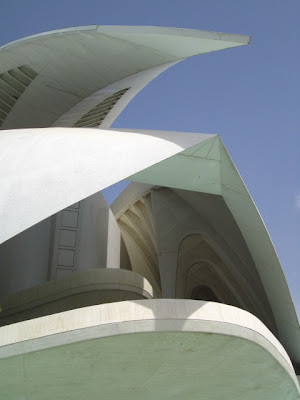 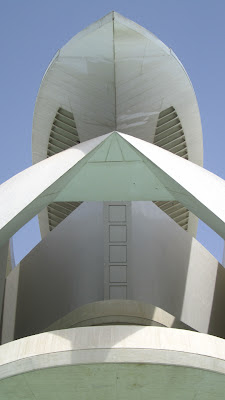 Hemisferic
This building is essentially a giant theatre of the IMAX genre.  It's designed to look like a giant eyeball, with the internal dome serving as the pupil.  At night, when it's lit, the reflection in the water completes the image. 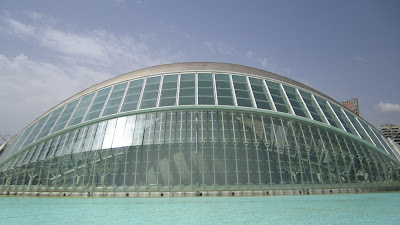 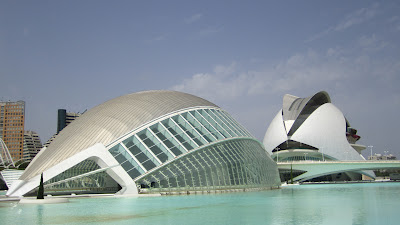 Umbracle
A slight and airy structure, this pavilion covers a planted walkway and is perched atop a parking terrace. 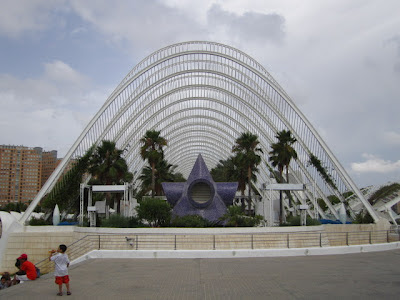 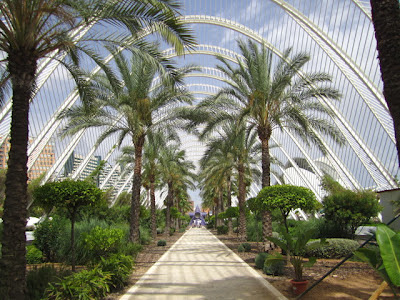 Museo de las Ciencias Principe Felipe
The science museum rivals the opera house in scope and ambition.  It's an amazing building that feels like it should be in outer space.  We went inside, but weren't able to access anyplace that gave an impression to equal the external appearance. 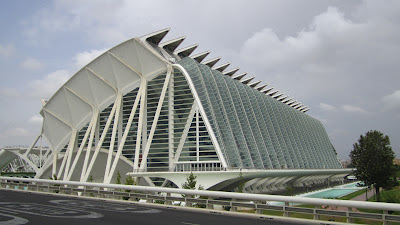 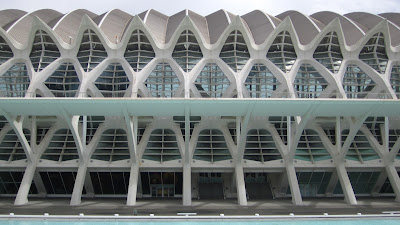 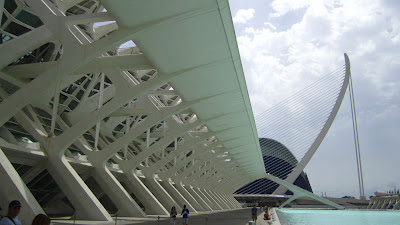 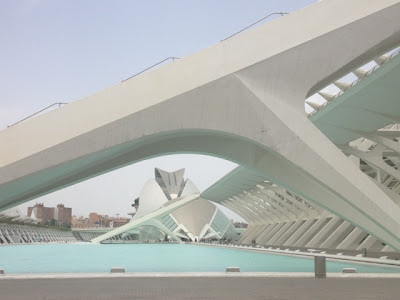 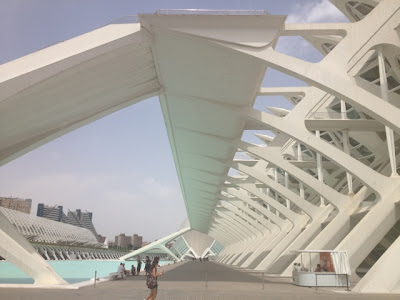 Agora
The Agora is a weird fin of a building that is currently undergoing renovations -- of all the buildings it was by far the most dilapidated and dated.  I never got a good sense of what it was used for; some photographs make it look like a stadium or events center. 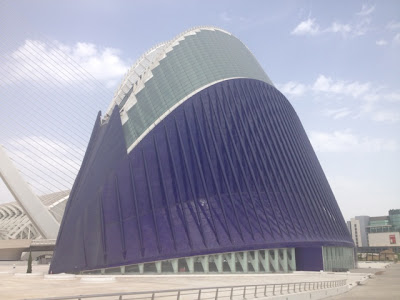 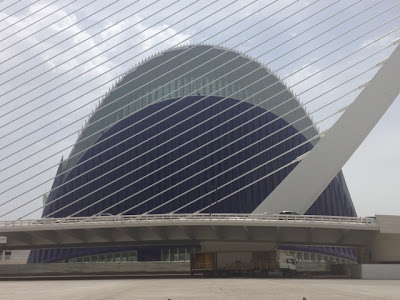 Oceanografic
The last major element of the series is the Oceanografic aquarium complex.  It's surrounded by walls and we didn't want to pay to get in, but it appeared to contain a collection of outdoor pools for dolphins, etc. and an ecclectic handful of smaller buildings with aquaria in them.  Seemed like a great family activity but less of a draw from an architectural perspective. 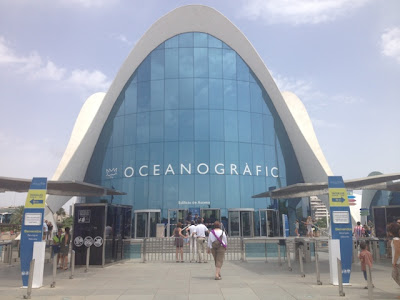