From the very earliest planning stages of this trip, I had a very clear vision of Amanda and me riding through the Sahara Desert on camelback -- preferably dressed like Lawrence of Arabia -- and camping under the stars in a Berber camp.  Despite all sorts of trepidation and anxiety from Amanda (who generally prefers to keep Nature at a safe distance), I managed to convince her that this would be fun -- or, at least, a good enough source of war stories to make the adventure worth it.

After nearly three days in Marrakesh, our time had come:  At 8:30am our guide -- a young guy named Said -- from RoughTours picked us up from our riad.  We (and all our carpets) piled into an air conditioned landcruiser (driven by Said's cousin, Zaid) and headed east. 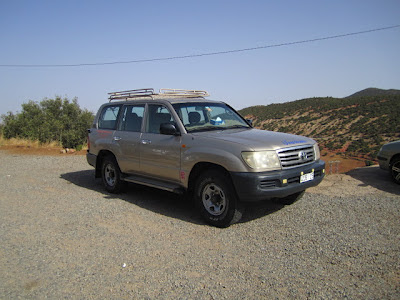 The countryside around Marrakesh was generally flat, dry and barren except for the occasional olive grove or royal golf course. 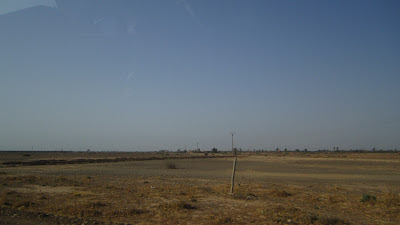 After a while, the Atlas mountain range rose in the distance.  The range is comprised of three segments: the High, Middle and Low Atlas (and maybe a fourth, called the Anti Atlas).  They run roughly north-south through the country, and we needed to get to the other side. 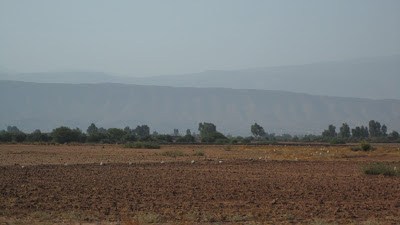 As the land rose, it became greener, with lush valleys nestled between rugged hills. 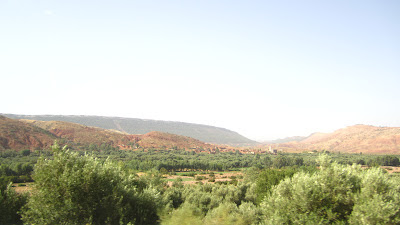 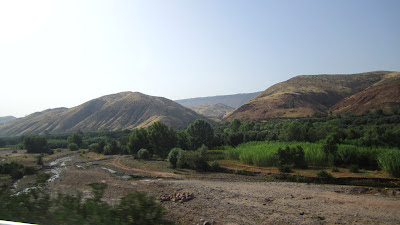 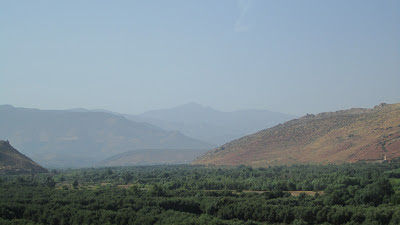 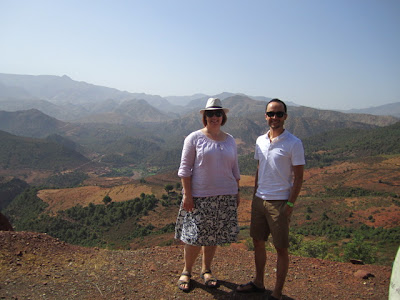 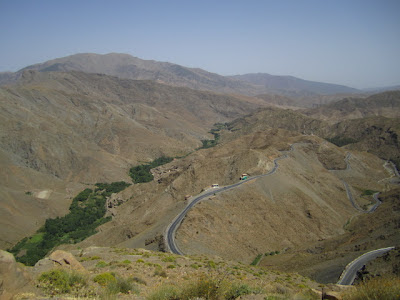 ﻿ Eventually we reached the Tichka Pass, which is the summit of our traverse -- the rest would be downhill.  The guidebooks warned about altitude -- but honestly, this felt like nothing after Patapampa Pass. 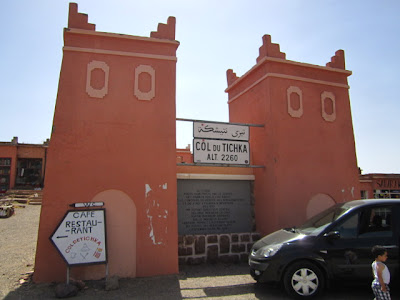 It was all downhill from there.  As we went, I was struck -- yet again -- how you can travel thousands of miles and find yourself in terrain that looks very much like home.

Greeting and Thank you for your amazing Article