Having left the Atlas mountains behind us, the land flattened out and once again became arid and barren.  As we drew near to the city of Ourzazate, our driver suddenly abandoned the perfectly good paved road and struck out into the middle of nowhere over a pair of tracks in the rocky ground.  Said explained that this off-road detour was a shortcut to one of the more famous kasbahs in Morocco.

Kasbahs enjoyed their hey-day hundreds of years ago as fortified outposts along the trading route between Marrakesh and Timbuktu.  The camel caravans would trek across the desert, stopping at the kasbahs along the way.  This particular kasbah was built in the 13th century and is now a UNESCO World Heritage site.  All the buildings are made of mud brick, which is vulnerable both to earthquake (a large portion of this kasbah was destroyed by the giant earthquake that struck Portugal in 1755) and to rain -- it needs all the help it can get to survive.

Or so I thought.  Because this was the first kasbah I had seen, I imagined they were relatively few nowadays -- kind of like ruined castles in Europe.  Turns out they're everywhere!  In nearly every village we passed on our way to the desert we saw some crumblind complex of mud brick walls and towers.  Said called this the road of a thousand kasbahs; it's an accurate name.  Most were not as fine as the one pictured here, but nevertheless the persistence of these mud strucures is a testament to the amazing lack of rain in this part of the world. 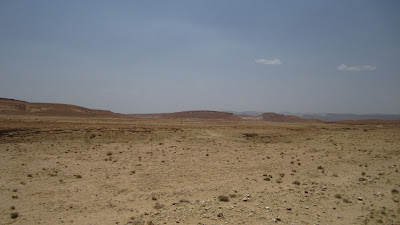 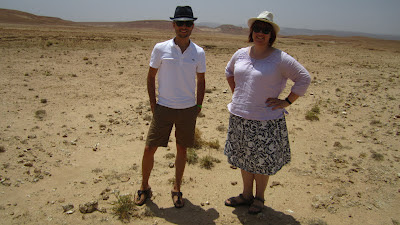 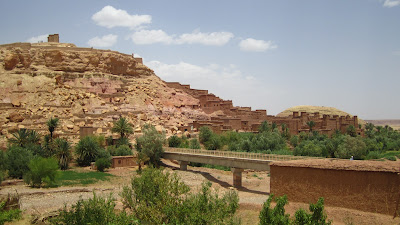 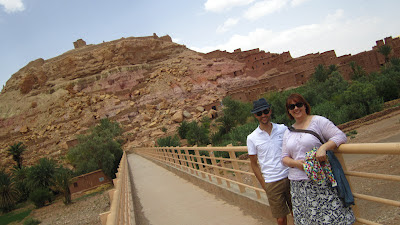 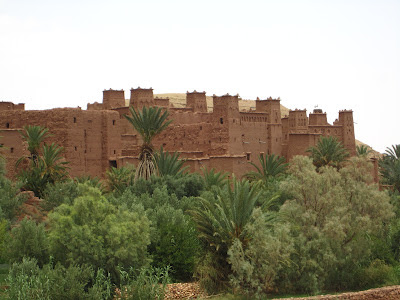 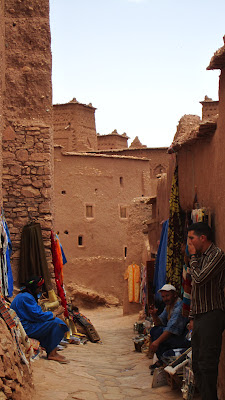 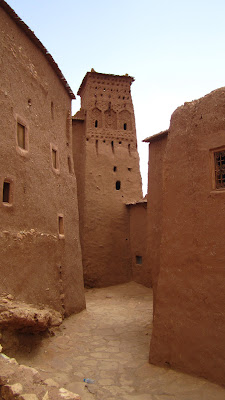 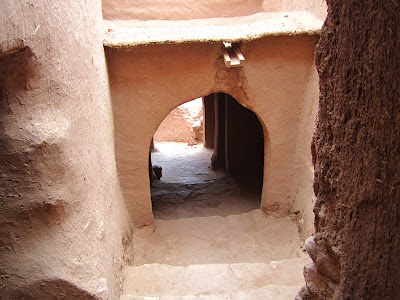 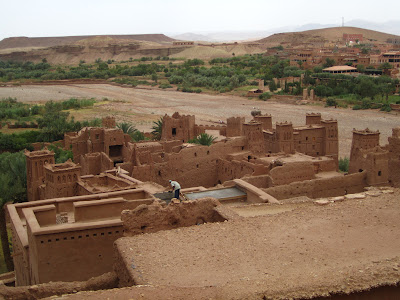 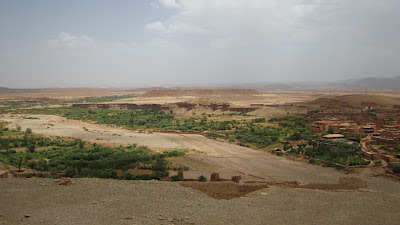 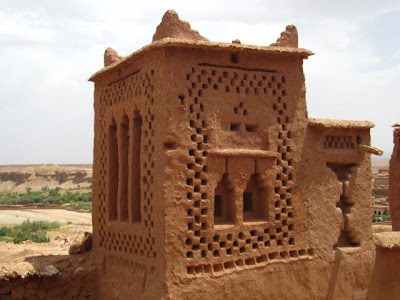 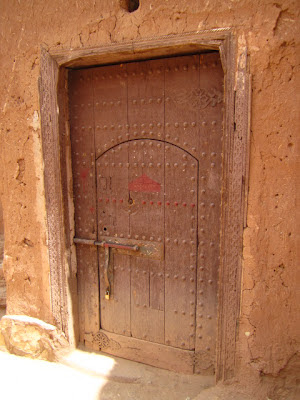 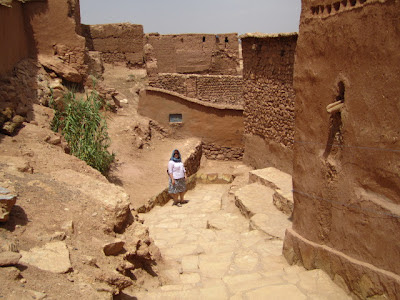 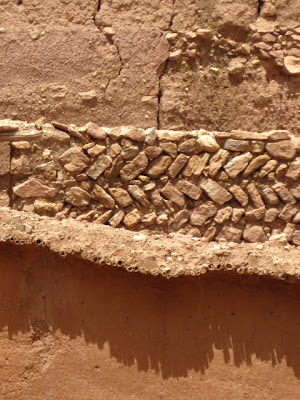 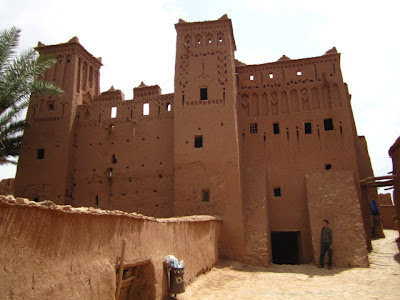 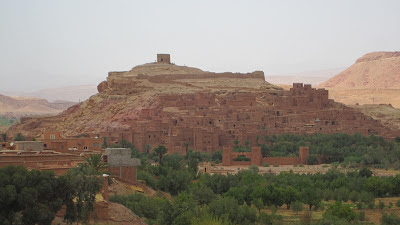