This morning we had two goals:  Visit a 16th Century Koranic school, and go shopping in the souks.  On our way to the school, we took a detour past one of the well-preserved gates in the ancient city walls.  We thought we were seeing the best preserved gate, Bab Agnaou, but later inspection of the maps suggests that we might have inadvertently visited Bab Er Rob instead.  We haven't decided yet if that ambiguity changes the degree to which we are impressed by the gate. 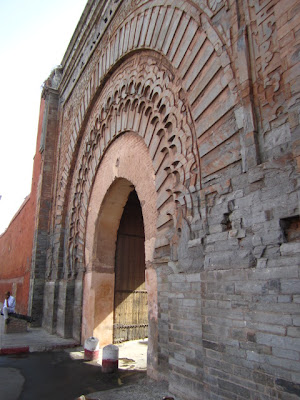 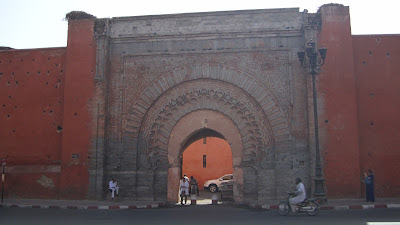 Then we cut through the city toward the school.  We decided to avoid the souqs because they're so crowded and easy to get lost in; instead, we took an alternate route that ended up leading us through some very non-touristy parts of town -- as evidenced not only by the fact that we didn't see any other Westerners for a long time, but also the frequent expressions of concern and/or opportunism from the locals:  Are you lost? You're on the wrong path! The plaza/tannery/palace is in the other direction! Can I take you someplace else?  We reassured everyone that we knew exactly where we were going (the Blackberry's GPS feature is truly awesome for navigating labyrinthine old cities) and were going there on purpose.  Along the way we caught a glimpse of a very authentic Marrakesh. 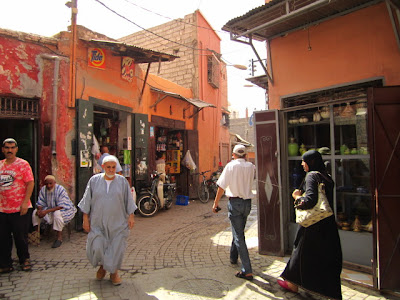 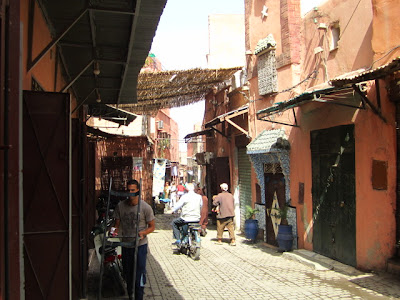 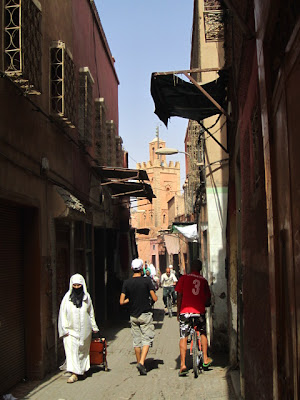 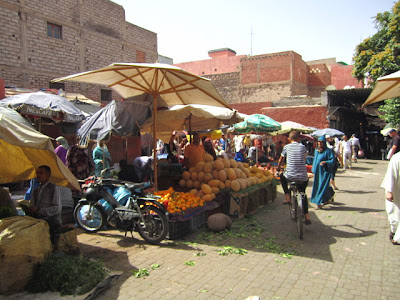 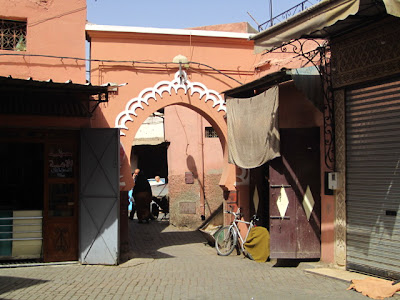