Trek, Day 2: Into the desert

Almost.  First, we had to have the obligatory round of tea -- or, in our case, mint leaves in boiling water -- which was served in a room that was so hot it instantly drove away any freshness we had gained by showering a few minutes earlier.  (This time around Said decided to try the mint infusion as well; it was obvious by his reaction that he wouldn't be switching from tea anytime soon.) 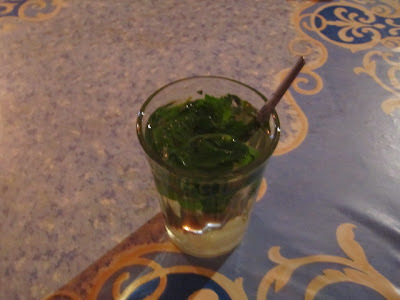 While the tea served as a sort of ceremonial commencement for our trek, it also served the practical purpose of delaying the departure time.  This was a good thing because the forces of nature apparently had decided to help my current childhood dreams come true: namely, by ensuring that I got to ride through the desert on a camel dressed like Lawrence of Arabia.  [By way of background, lest you wonder at this obsession with LOA, I did a report in fifth grade on Lawrence of Arabia. We lived in Tucson, Arizona, at the time; Lady made me a full set of Arab robes and headdress modeled after the ones worn by Peter O'Toole in the movie -- it was the best costume ever.]

In the hour or so since we arrived at the inn, a windstorm had hit, whipping up the sand and dust into a horrible cloud of grit.  Amanda and I were equipped for sun, not for sand.  So Said pulled out a bag of scarves and taught us how to tie them on our heads.

My initial frustration at seeing the clouds and dust gave way to glee at the thought of riding out looking like this: 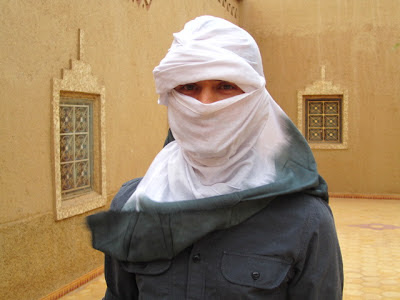 Now properly scarved, we went to meet our camels:  Bob Marley and Jimmy Hendrix.  I got Mr. Hendrix. 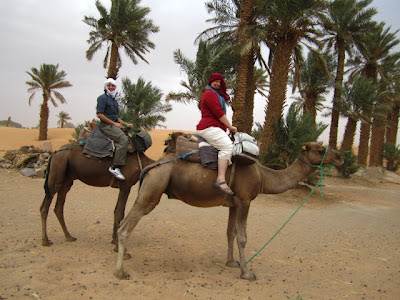 We headed out slowly -- the camels' pace was no quicker than an easy walking gait for a human.  Amanda was in the lead, with a local guide walking along with the camel on a lead.  Said walked alongside us, a little ways off.  Now that we were going into the desert, he had donned a traditional robe and a headscarf of his own (and of which I was totally jealous -- with four yards of fabric and expert wrapping, these desert boys looked awesome).  The wind and dust storm persisted, but fortunately it blew from behind so it wasn't too much of a problem in the eyes. 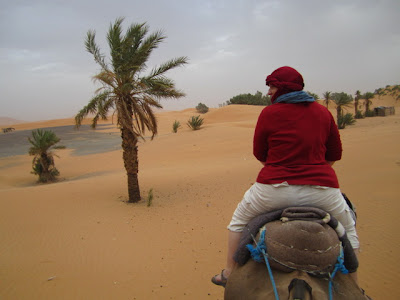 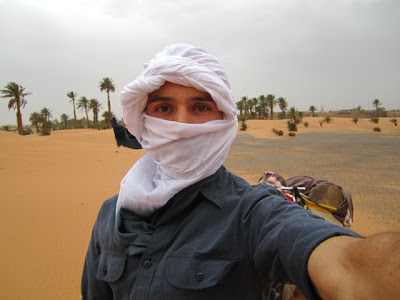 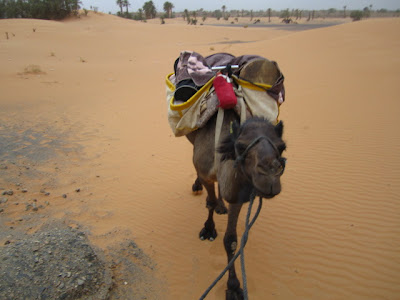 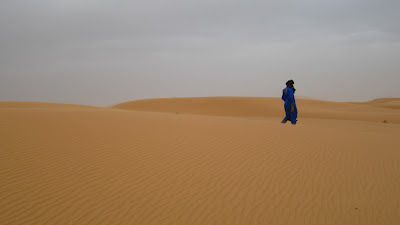 The desert was beautiful.  The sand that felt so sharp and stinging when it blew into my eyes lay in giant, soft mounds that glowed orange and muffled the sound.  Indeed, softness and silence were my principal impressions of the desert.  And solitude.  When you're surrounded by golden hills of sand, it's easy to feel like you're the only person on the planet.  The photographs (which are the best I could do while swaying back and forth on the camel) capture only part of that remarkable feeling. 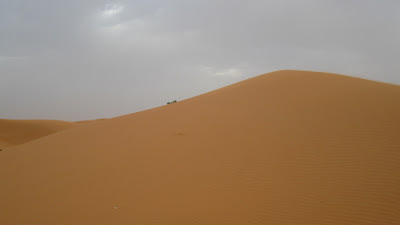 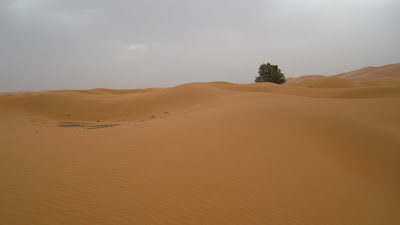 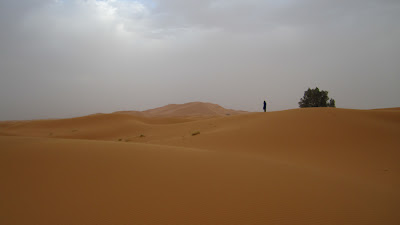 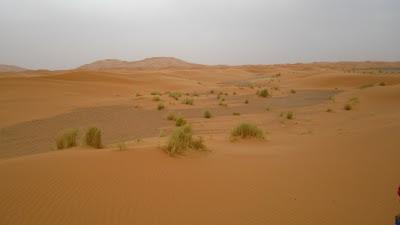 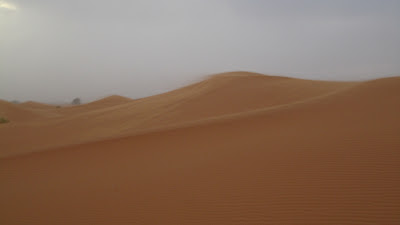 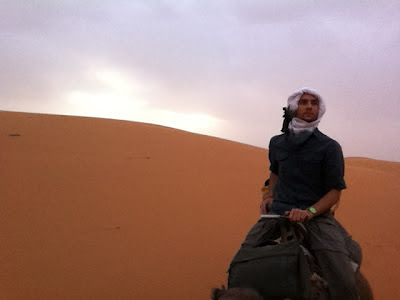 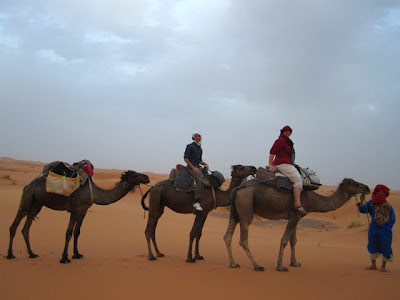 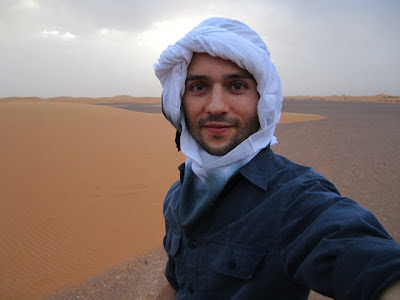 ﻿
After about an hour of riding, we arrived at our camp.  A small cluster of sturdy Berber tents made of heavy, multicolored fabric stretched over sturdy eucalyptus-wood frames.  They smelled like the goat-hair they were made of and were far from the four-star luxury we'd enjoyed yesterday.  But still, they offered shelter if we needed it, and a bounded sense of "chez nous" that made for a cozy feeling. 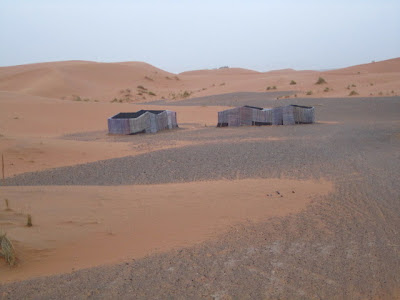 You have to teach me how to tie one of those head scarves! Lady