It's a long way from Merzouga to Fez -- we left around 9am and didn't arrive until shortly after 5pm, and we didn't stop much along the way.  The natural differences in countryside were much more pronounced on this leg of the trip than they had been between Marrakesh and the desert.  At first we passed green valleys with palm trees and kasbahs similar to those we had seen before . . . 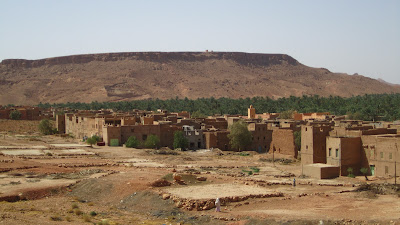 but then the land opend up into a wide plain stretching between the High Atlas and Middle Atlas. 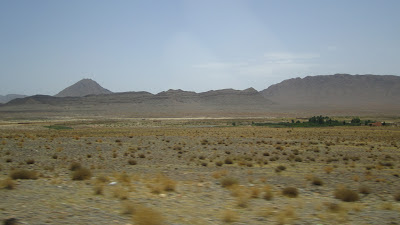 That's where we stopped for lunch -- at a town called Midelt, which seemed like a sort of tenacious outpost in the middle of nowhere.  The restaurant was in a fancy new hotel that seemed totally empty but for Amanda and me and many, many flies.

From Midelt onward, the land became gradually greener.  It was never lush, but it was the sort of scrubby vegetation and tough oak forests that you find in high deserts in the United States.  The sort of place that is great for grazing sheep. 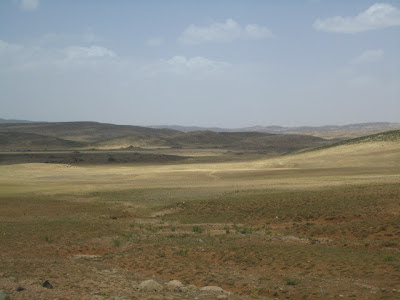 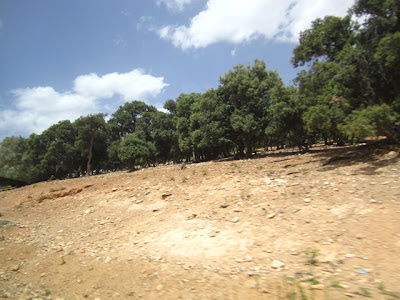 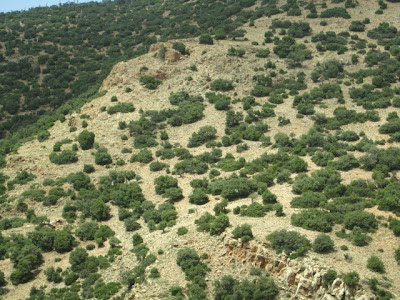 Despite the resemblance to landscapes in the western U.S., we had occasional reminders that we were not in Kansas:  The oak forests gave way to giant cedar forests . . . 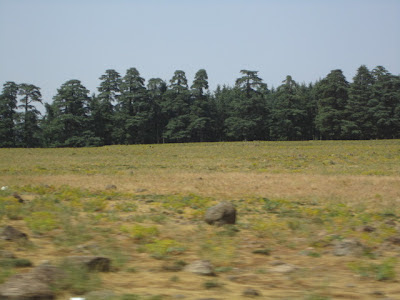 where monkeys live!  We pulled over and found ourselves surrounded by little monkeys -- about the size of toddlers -- who sat around eagerly waiting handouts from passersby.  It was odd and wonderful to be in a forest that felt so familiar and see creatures that I'd never encountered outside a zoo. 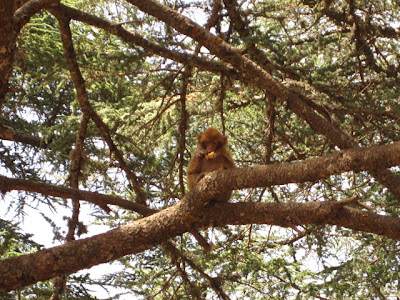 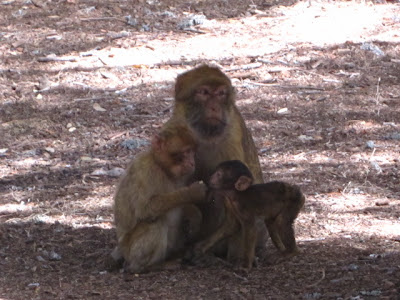 The changes we saw between the desert and Fez played out on more than just the natural level -- you could also trace the transformation in culture and architecture.  We were in a mountainous region now, with snow in the winter.  So the houses were no longer made of mud brick with flat roofs; instead, they were made of stone or cement, with sloping roofs -- the look was much more European.  In fact, as we passed through one ski resort town, Ifrane, I had the impression I could have been in any number of towns in southern France.  Here's a video of what I saw from the car window:

At last we arrived in Fez.  I was tired and ready to get out of the car.  We bid farewell to Said and Zaid, exchanging Facebook information and thanking them for a wonderful time.  They headed back to Marrakesh (I did not envy them the seven-hour drive!) and we climbed into our little riad, looking forward to what we would find in this new city.
Posted by JJD at 10:00 PM