As we continued on our journey, the pretty green valleys gradually disappeared.  The world outside the car became more and more desert-like. 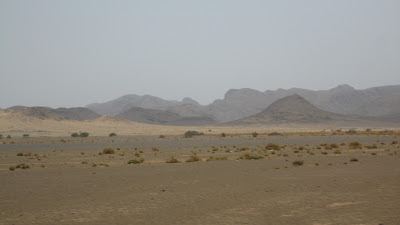 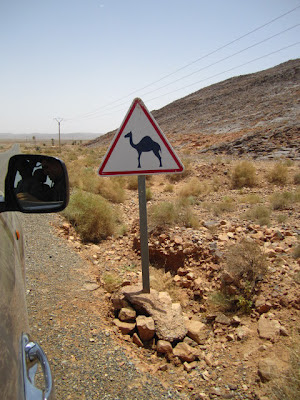 then sand dunes amassed along the edge of the highway and kept at bay by a series of flimsy-looking wooden barriers . . . 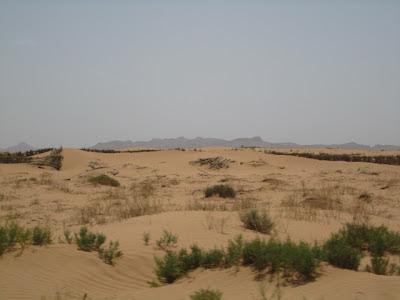 and wells dug by Berbers to reach the water table beneath the dunes. 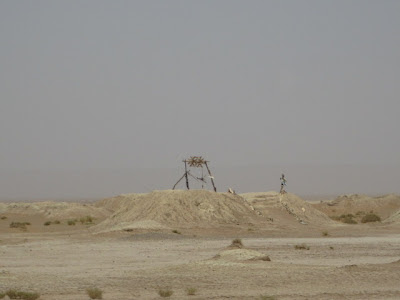 I became more and more excited with the appearance of each additional indication that we were approaching our destination.  But we still had a ways to go, and empty stomachs must be fed.  We stopped at a restaurant in a village and got a tagine.


After lunch we continued on our way, through many small villages, each of which marked its territory with a lovely carved arch.


After a while the land gave way completely to the desert forces:  Wide expanses of nothing, not even the typical scrubby bushes and grasses you might find in other deserts. 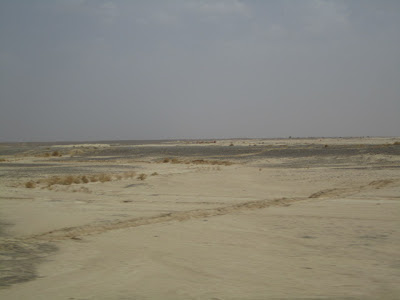 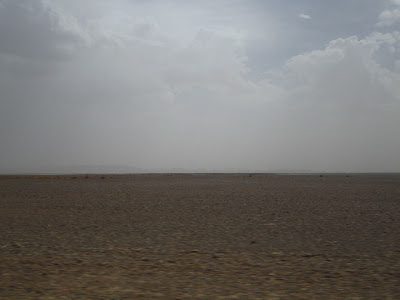 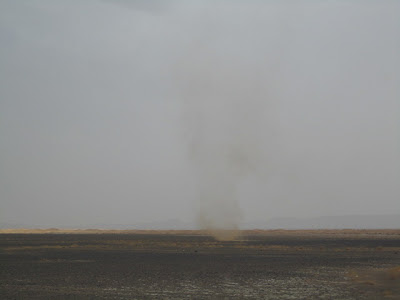 Finally, off in the distance, a golden-orange mass arose:  The giant dunes of Erg Chebbi, the tallest sand dunes in North Africa.  Our destination. 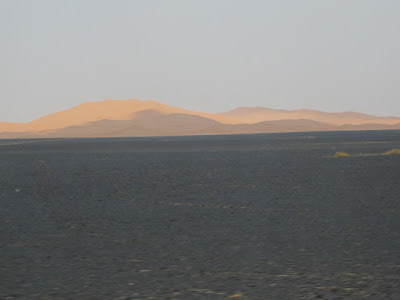 We reached the village of Merzouga around 5:00 pm.  We checked into a guesthouse, which would serve as our home base, and waited.  The temperature generally peaks between 3-6pm, it was still too hot to strike out into the desert on camelback.  It gave us time to take one last shower before the desert, and to pack an overnight kit that we could take with us. 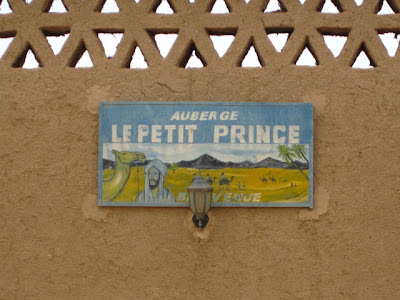 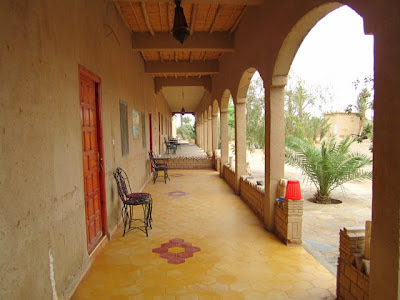 In the distance, the dunes beckoned.  Soon we would be among them! 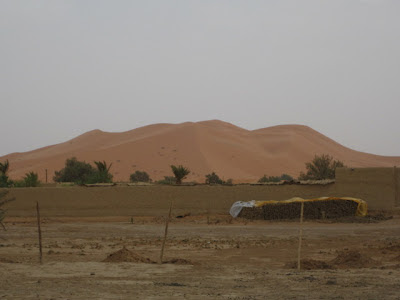