Kyoto is known for having many good restaurants, including many with Michelin stars.  With the help of our concierge we had reservations for a place called Nanba in the Gion district.

Gion is the old historic district in Kyoto, and it's known for it's charming evening atmosphere when the geisha go to work and the lanterns start to light up.  After visiting Nijo castle, we refreshed ourselves at the hotel and left to explore Gion before dinner. 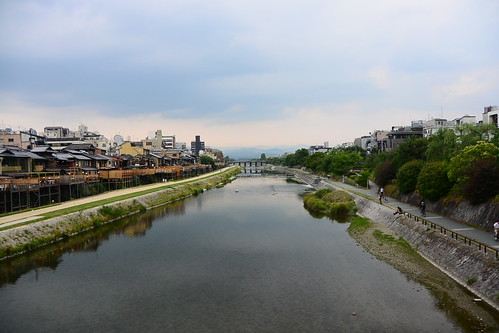 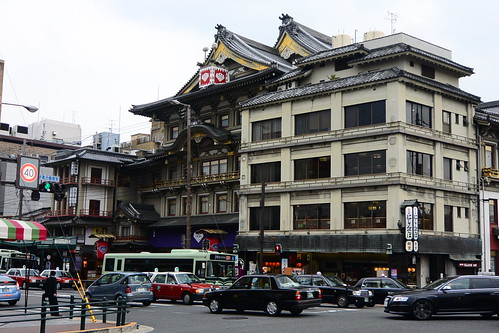 After a little walking, we came upon some atmospheric old streets.  One of our guidebooks had called this the prettiest street in Japan, and one of the prettiest in all of Asia, so we came in with pretty high expectations.  The street didn't live up to those expectations, but I'll still give it credit for being peaceful and giving a nice sense of what old Kyoto might have been like. 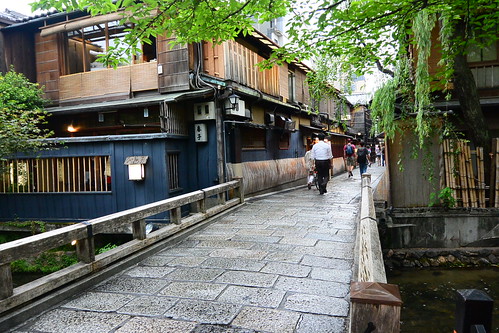 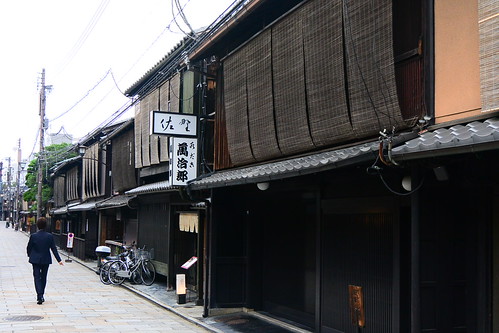 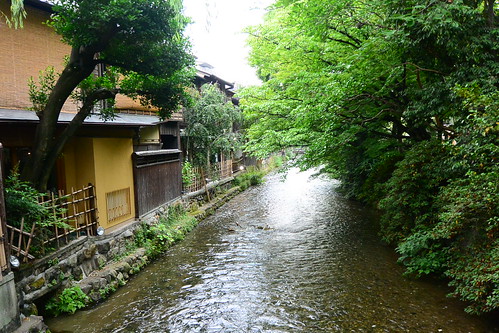 Unfortunately, the lovely old neighborhood was relatively small.  It wasn't long before we came back to the modern world of glass, concrete and steel. 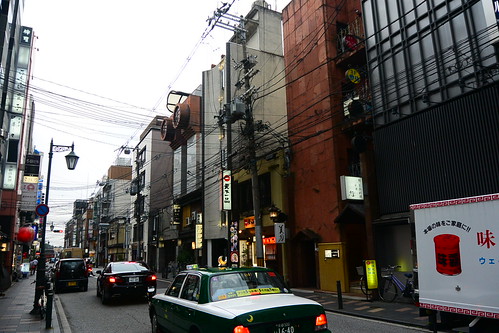 After a while, we came to a shrine at the end of one of the main through-streets of Gion.  Its bright orange details and broad steps beckoned to our tired selves.  We took a look inside and then sat on the steps and people-watched until it was time to go to dinner
. 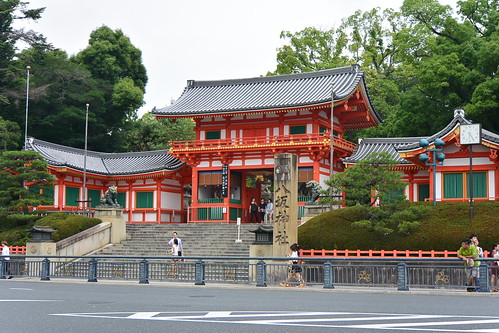 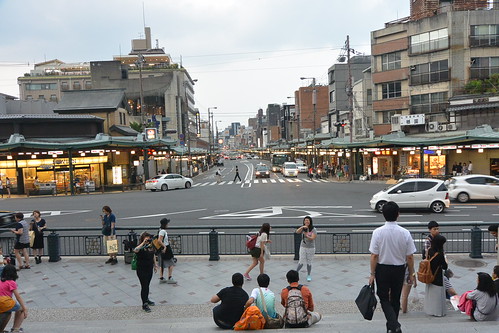 True to Michelin form, Kyoto-Gion Nanba was virtually impossible to find.  Tucked back down a dark alley, without any English sign, we had to guess at which entrance was the right one by comparing the Japanese characters on the signs to those on the business card that our concierge had given us. 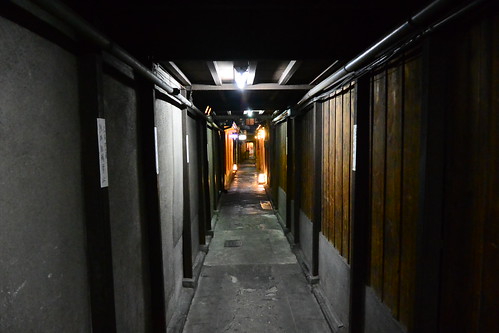 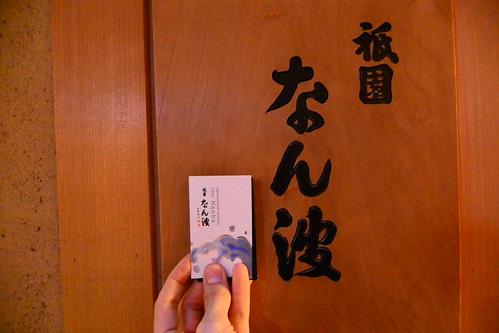 After a couple of false starts, we finally found the right restaurant and were ushered inside to a private dining room that was as cold as the arctic ice rooms in the Korean bathhouse.
We ordered a traditional kaiseki meal, which is served in a traditional, multi-course style.  Each course is meant to build gradually to the tea, which is considered the climax of the meal and is served last.  Everything was delicious and the presentation exquisite.  Our server spoke very limited English, so with each course she brought an English dictionary and would point to words.﻿

"horse spit"...only in our family!