Our last day in Tokyo was rainy and gray.  We packed our bags, but our flight wasn't until 7:00 pm.  What to do until then?

Well, first thing:  breakfast at Denny's.  You might wonder why we would choose for our last meal in the food Mecca that is Tokyo an American chain that we would never eat at back home (I probably haven't eaten at a Denny's since early college days).  The reason is simple enough:  American food is currently all the rage in Tokyo, and Denny's seems to be profiting nicely from that cultural phenomenon.  They're everywhere!  And unlike in the States, Denny's doesn't stick to the low-rent neighborhoods, either.  This Denny's was right across the street from our hotel in the chic and affluent Ginza neighborhood, nestled amongst the Michelin-starred restaurants and artsy boutiques.  We decided to give it a try. 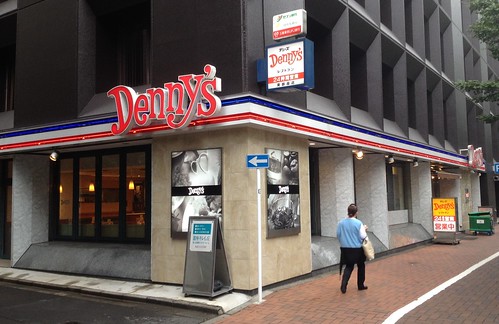 The verdict?  Food quality was about the same as in the States, but the portion sizes were smaller and the prices probably lower.  Also, I don't recall ever seeing a fresh avocado and nut smoothie option on American menus.

Feeling energized after our American breakfast, we set out to visit the Tokyo National Museum.  Might as well see some art and stuff before we leave, right? 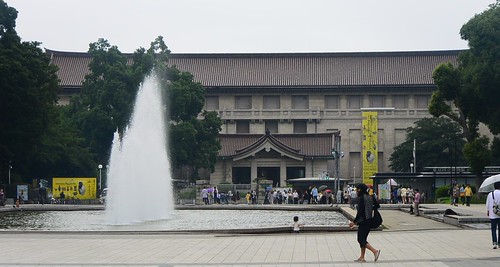 On our way to the Museum's main entrance, we were stopped by two boys (with their mothers and teacher in tow) who were looking for foreigners to practice their English with.  They were bashful and nervous and earnest and totally adorable as they "interviewed" us using rehearsed questions and prompt cards.  They asked us where we were from, what sports we liked, our favorite foods.  And they even took questions from us (they both liked watching soccer and baseball, though apparently were less fond of playing).

When they ran out of questions, we wished them good luck and went inside the museum in search of kimonos . . . 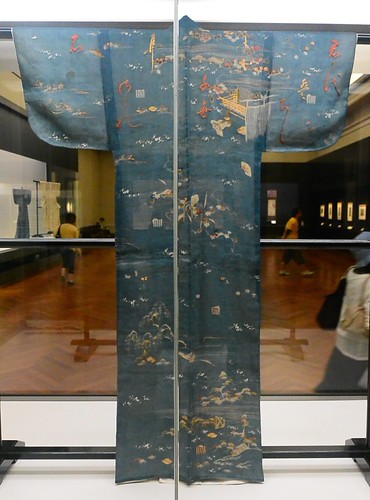 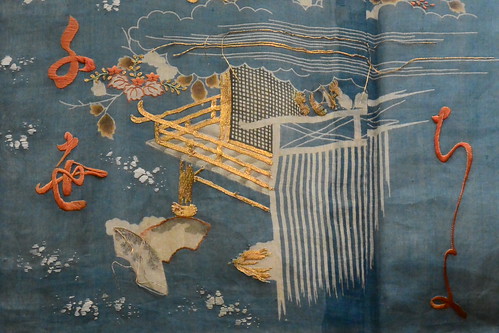 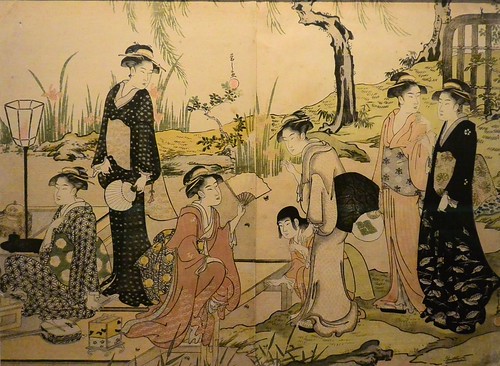 After the kimono and ukiyo-e galleries came the costumes for the Noh theatre (Noh is one of the traditional forms of theatre in Japan, characterized by brightly colored, lavish costumes). 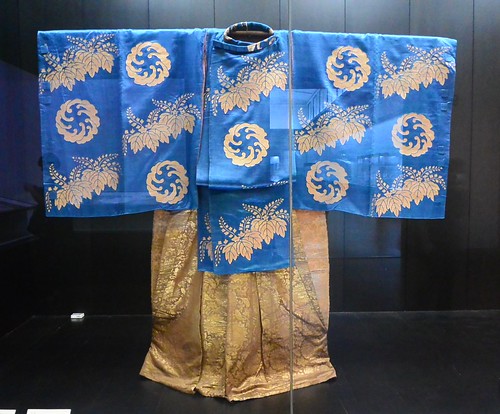 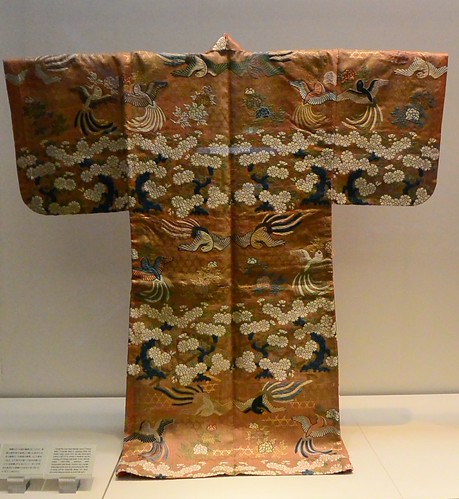 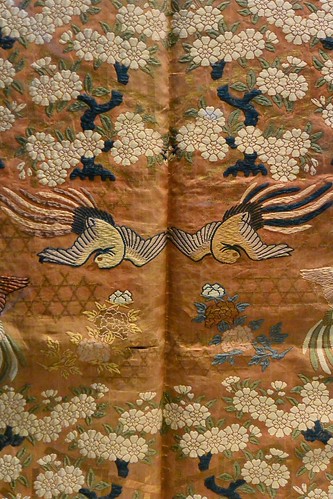 Then we left the textiles wing altogether and found the hardware -- or should I say hardwear?  These were the collections of samurai armor. 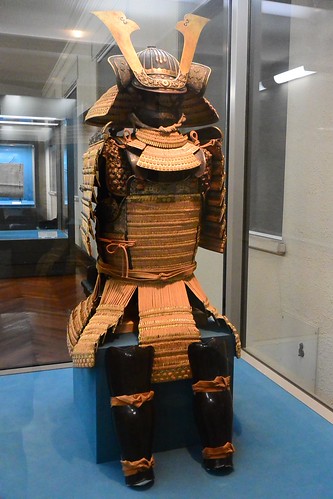 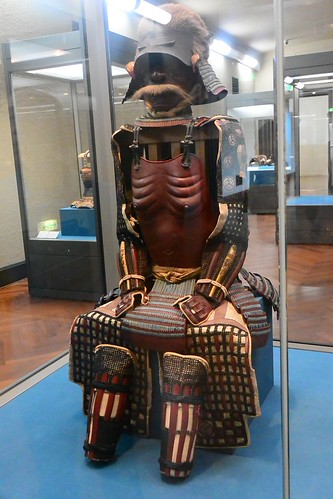 As our time drew to a close and we needed to think about catching the train out to the airport, we passed through the gift shop.  Amanda made some last-minute purchases and inspired me to make a couple of my own.   I have no idea where I'll hang them, but they'll add a nice Japanese flair among the artworks I've purchased on other foreign travels.