Back to Tokyo for a night!

I'm back in Tokyo!

I know, I know, you're all like "But what about those four days in Kyoto and when do we get to see pictures of the 47 temples you saw that all look basically the same?"   Relax!  They're coming.  I promise.  For now, let's just focus on what's really important; namely, whatever I want to talk about.

We're finally in the last major leg of the trip, meaning that it's time for me to run up a mountain.  No really, it's a thing -- I did it in Croatia, in Peru, skipped Morocco and Vietnam, and am picking up the tradition again here.  Tomorrow, bright and early, I'll be meeting up with a mountain guide and a handful of other adventurous types to climb Mount Fuji.  (Amanda, who was even less excited about climbing Mount Fuji than she was about eating fish heads with eyeballs, is off to have adventures of her own amongst Buddhist monks.)

We finished the last of our Kyoto temple-hopping this morning and then went downtown in search of mochi creams -- the delicious little rice-wrapped ice cream balls we had in Tokyo.  No luck, though, so we settled for a department-store lunch instead.  (Mochi, which used to be super popular, has apparently fallen hard times in Japan.  We've searched high and low and it's nowhere to be found -- at least, by us -- outside of that shop in the Akihabara train station.)  Department stores are kind of a big thing in Japan.  They're multistory operations with veritable restaurant cities in the basement and on the top floor.


Then we went to the train station, secured my ticket (Amanda tried to secure hers but ended up having some competency issues with her ticket agent), and said our fond quasi-farewells.  It's weird knowing that the next time I see Amanda, it'll be the last night of our trip!

But between now and then, there's a lot of ground to cover, and I fear that most of it will be plagued with these brightly colored lines with raised bumps.  They're meant to aid the blind in navigating public spaces in Japan, especially the intensely confusing subway and train stations.  At first I thought this was admirably progressive and inclusive of the Japanese.  But after a week of lugging my suitcase over those pesky nubbins, I've decided that Japan needs to start listening to the seeing-eye-dog lobby and get rid of the yellow lines. 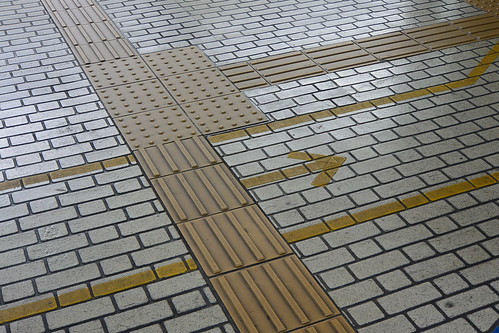 The train ride back to Tokyo went smoothly.  The weather was gorgeous and I was able to snap a few more photos of the Japanese countryside as we sped along. 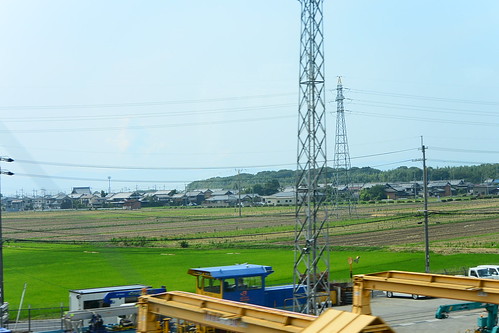 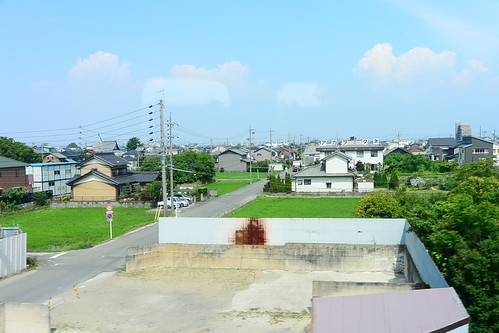 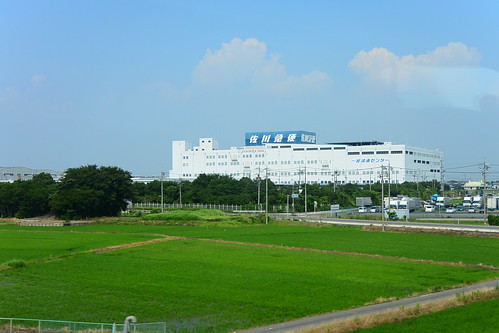 When I arrived at Tokyo Station, I bought a chocolate donut to stave off starvation and console myself for having failed to find any mochi creams in Kyoto. 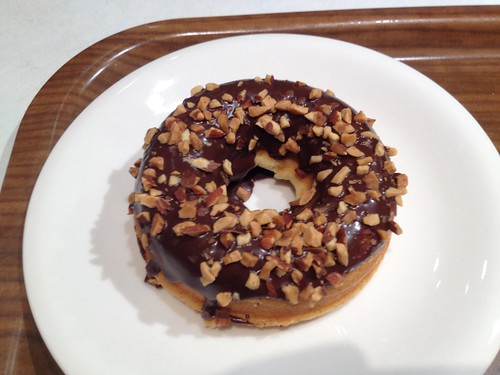 My original plan when I got to the hotel was to repack my gear (I can only take hiking stuff with me to the mountain; the rest will stay at the hotel) and then catch up on blogging.  Only then I saw a sign for a spa/massage, and I thought that sounded like a great idea right before a big hike.  (It would probably be an even better idea after the hike, but Amanda and I have a rendezvous with a Michelin star that night.)

The massage was super relaxing (I'm pretty sure "blissed out" is what pretentious yoga types would call what I'm feeling), and my gear's all set for the morning.  Now it's time for a few hours of shut-eye before the alarm goes off and the next adventure begins!

(There won't be any wifi on the mountain, so unless I can connect with cellular signal, I won't be posting anything more until Friday.)