It finally feels like summer in Seattle!  The days are long, the skies perfectly clear and sunny, and plenty of things happening.

I had originally planned to spend the weekend Getting Things Done.  You know, because now that I'm back from vacation it's time to be a responsible grown-up and actually take all that stuff that's been sitting in my trunk for the past two months to Goodwill.

But then some friends called to see if I wanted to go hiking with them, and a colleague asked if I wanted to go to the Night Market at Chinatown's Dragonfest tonight.  And as much of a fan as I am of Getting Things Done, it seemed like "yes" was the obvious right answer to both of these questions.

So I set my alarm for 6am (a.k.a. the crack of dawn on a weekend) and an hour later I was on my way to Mount Si.  It's a shortish (3900 ft) peak in the Cascades not far from downtown Seattle.  The trail's about 8 miles round trip, and it rises pretty steeply in certain parts. 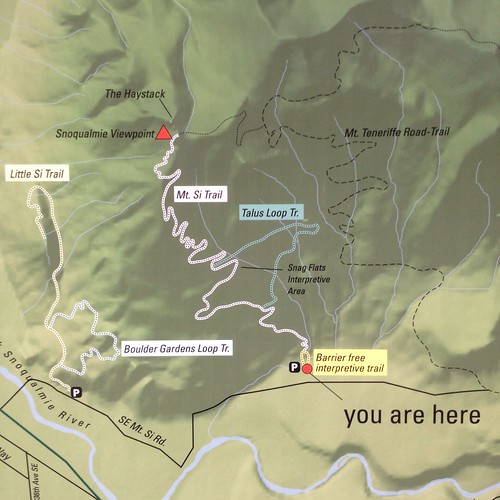 Given the proximity to the city, the trail was pretty crowded.  I felt like we were constantly dodging trail runners who weren't so worried about normal trail etiquette.  But the woods were really lovely. 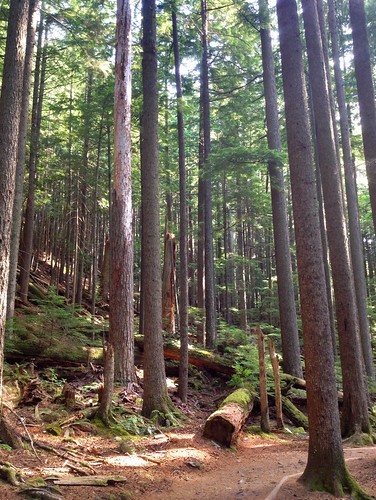 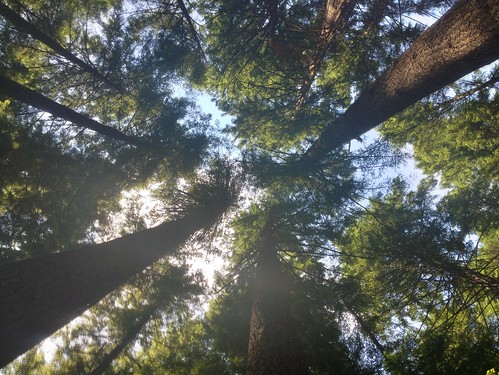 And the view from the top was fantastic.  I'd never seen such a clear view of the Cascades before.

Off in the distance, sitting massive on the horizon, the 14,409-foot cone of Mount Rainier.  Someday I'm going to need to climb that mountain, too. 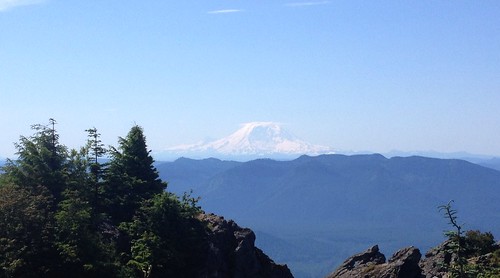 We got back from the hike mid-afternoon, whereupon I fell asleep on the couch (you can blame the hike; also the fact that temps in my apartment are currently hovering just under 90 degrees -- whoever decided that you don't need air conditioning in Seattle ought to be shot), then took a shower and headed out to meet Antonio and Yvonne for Chinatown's Dragonfest.

I didn't know much about Dragonfest, but I learned that it's a two-day summer festival celebrating the Asian communities in Seattle.  The largest communities are Chinese and Vietnamese, followed by Japanese and Korean.  The food stalls all looked amazing and offered things I'd just seen in the past couple of weeks in Japan and Korea.  Unfortunately, the lines were so long that we didn't actually get to try much of it.  We did manage to score a Japanese fish-waffle, though (which I'd seen but not tried in Japan).

While we were standing in line for the fish waffles, we ran into Miss China-Seattle, a guy who runs operations at the local Chinese TV station, and a few of their friends.  Since Yvonne does public relations for the City of Seattle, she knew these celebrities -- they started talking and before we knew it, we were invited to join them for dinner at one of the Chinese restaurants around the corner.  Our new acquaintances' VIP passes helped us get past the lines and into a large round table in the back.  They ordered for the table (it helps to be able to speak Chinese!), and we enjoyed a delicious and abundant dinner. 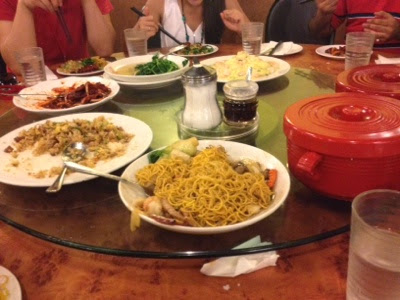 What an awesome day! Switchbacks...and bacon...)