In June 2011 I moved into my current apartment.  By August 2011 the bad lighting in my living room had made me want to gnaw off my arms and legs.  Because I was working too many hours at the law firm to figure out how to do that, I decided to try an alternative:  I launched a lamp-finding contest.  While I negotiated contracts, my devoted reader(s) would have a chance to find a stylish lamp to brighten my soul living room.

The entries were quick to arrive but it wasn't until January that work had slowed down enough for me to focus long enough to make a decision and order the winner twice.  (Twice because the first company I ordered it from went out of business immediately thereafter...)

But the wait isn't quite over.  The lamp is here and installed, but my camera is traveling by llama and/or drug mule from Guatemala -- and the contest rules clearly stated that a photo of the winner would be posted on the blog.  So in the meantime, and in the finest tradition of American television contests, I am going string out the announcement for as long as possible, starting with tonight's announcement of (drumroll...) THE RUNNERS UP!

﻿Submitted by mon pere, this little beauty was described as a "nice head lamp" and "practical."  I was assured that I would be able to wear it anywhere I liked, including while "sitting in [my] yellow chair" and "during a hurricane."
SECOND RUNNER UP 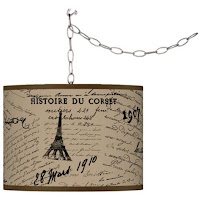 This submission came from a reader known to me only as cms.  Any lamp that has "History of the Corset" emblazoned in large type merits a second look.  If only all that writing had actually been such a history!  (Just imagine giving this tour of your library:  "Greek philosophy is on the top shelf, and Jane Austen is over by the window; if you're looking for something on corsets, try the lampshade.")
HONORABLE MENTIONS
(in no particular order)
From anonymous 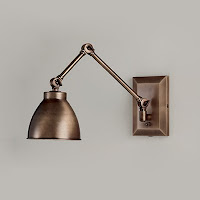 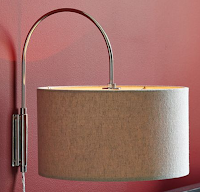 ﻿From Lady (at least, this is what I think she had in mind based on the description) 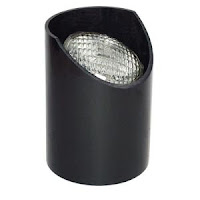 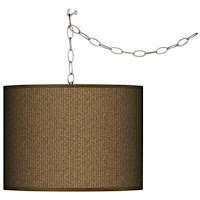 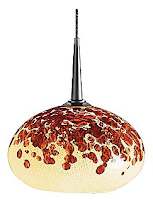 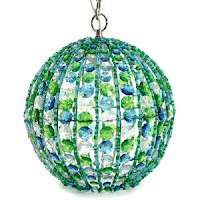 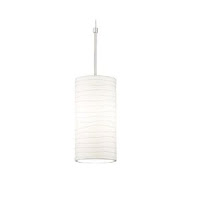 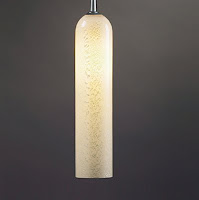 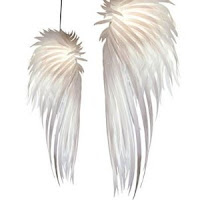 Wings!? Something from Victoria's Secret maybe? Ashley did come up with some beauts! And you are correct on the "up-lighting". Lady

What?! My suggestions only made honorable mention!? I have names for all of them: lava lamp gone wrong, epic turquoise orb of awesomeness, what an Italian garden vomited up in my backyard, boring, 2 if by... oh wait, something I would actually use, and this is the coolest thing I have ever seen and have no idea why you wouldn't use at least one in every room of your house!