This afternoon Jennifer and I (while Mark finished work), went out to explore the colonial center of Guatemala City.  This is the old city core that was founded in the early 1500s and which became the colonial capital in 1776 after Antigua was destroyed by an earthquake.  Unlike Antigua, the colonial city has not been well preserved.  It is dirty and most of the once-lovely buildings in various stages of dilapidation.  It's also buzzing with that gritty energy that so typifies Latin American cities.  It's not necessarily a nice place to be, but it is an exciting place to be.

We walked around some of the architectural attractions surrounding the Plaza Constitucional and its adjacent neighborhoods, then headed to the market to do some shopping.

Catedral Metropolitana
Built in 1534, this church is older than the oldest English settlement in North America (which I believe was Jamestown, Virginia, in 1609). 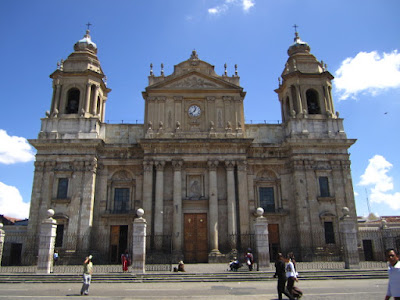 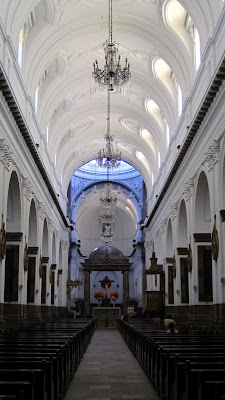 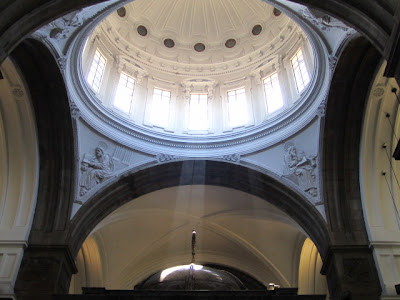 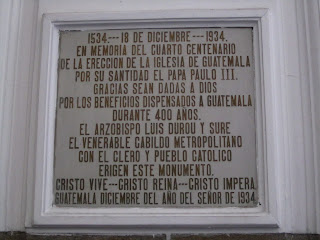 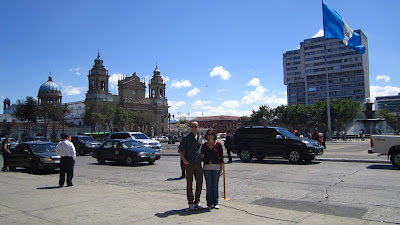 Palacio Nacional de la Cultura
Despite the name, we suspect that this building houses more of the government than just culture -- we saw signs for the Ministries of Education and Mining, at least. 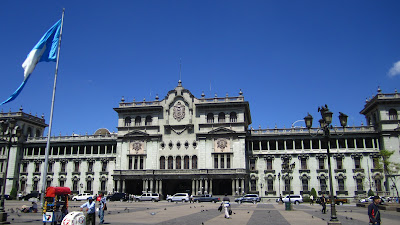 The small-scale colonial architecture of the plaza is dominated by a monking concrete behemoth that is struggling (and failing) to age as well as its older neighbors. 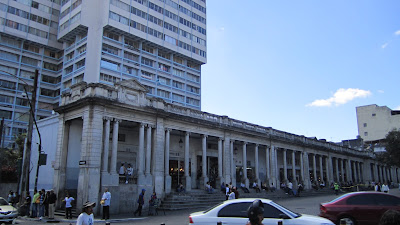 Palacio de Correos
As we wended our way through the streets surrounding the plaza, we came across this beauty.  Intrigued, we came closer. 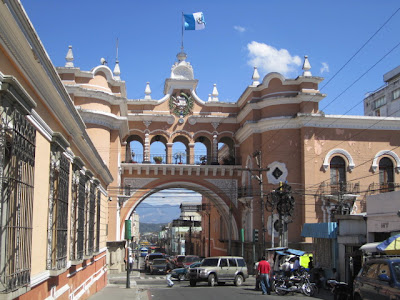 As we got closer, we started seeing strange street signs.  Artists' crossing?  Really? 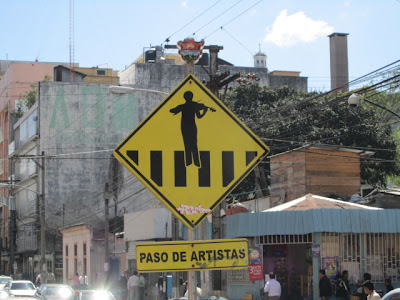 Turns out, the building was originally built to house the national post office administration but has since been devoted mostly to the arts.  So naturally Jennifer and I felt entitled to walk right in and explore.  We made it through most of the building on our own.  When we finally were stopped at a little gate guarded by two stout women, I just started asking questions and turned on the charm -- sure enough, within a minute they were opening the gate and asking us to please visit any part of the building we wanted to see.  (Boy do I love it when I get the "charming" right in other languages.) 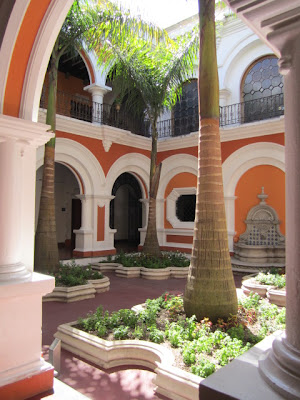 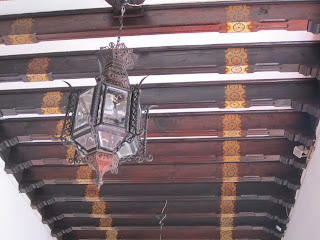 Pollo Campero
After exhausting the Post Office Palace, we were about to embark on a prolonged shopping excursion.  My fancy French toast had worn off by then, so I suggested stopping into a Pollo Campero for a quick bite.  For those of you not familiar, think of Kentucy Fried Chicken, but with waiters.

You'd think that a place devoted to the consumption of roasted chicken would have the sense to ACTUALLY HAVE CHICKEN.  Alas, no.  I ordered the roasted chicken and was told they were out.  (That's like McDonalds saying it's out of hamburgers -- clearly somebody had screwed up.)  So I ended up with chicken nuggets, some dubious fries, and a pile of glurk that they were trying to pass off as "cole slaw" but which might actually have been regurgitated cow cud.  Yum.
﻿﻿
Mercado Central
We drowned our luncheon woes with a head-first dive into the subterranean warren of shops that is the Central Market of Guatemala City.  It's chaotic and sunless and full of tiny stalls crammed with pretty much everything you could possibly want (or not want).  There was a produce section, fresh flowers, evening gowns, leather goods, key chains, religious pottery, candles, shoes, cloth, and plenty of knick-knacks and miscellaneous goods and/or junk (depends on the eye of the beholder).


More street views
I always forget to take pictures of ordinary streets, so my albums might lead one to think that all of Guatemala City is cathedrals and pretty courtyards.  I tried to capture a few streets this afternoon as we walked. 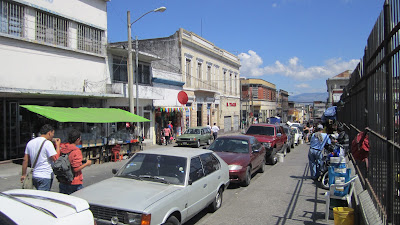 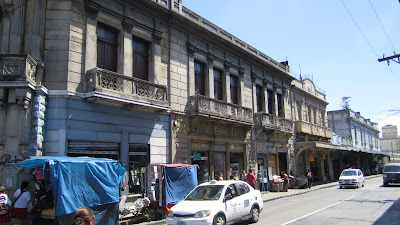 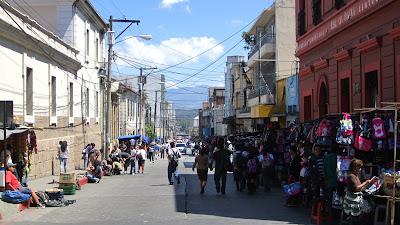