On Thursday, I attended a poetry reading about the photography of painters.

The Phillips Collection, one of Washington's leading art museums, is currently showing an exhibit focusing on 19th Century post-impressionist artists' use of the then-newly-invented Kodak camera. (The Post reviewed it here.) 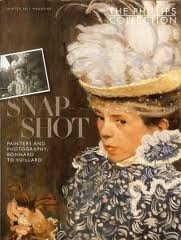 I found it fascinating.  The photographs gave almost magical glimpses into a long-lost world of the 1890s:  A number of snapshots were smaller than a credit card and yet were so exquisitely clear, and the scene so fully realized, that I felt I was looking into a fairy land where everything was miniature and perfect.  In most cases, I found the photographs much more captivating than the paintings.  There's a haunting quality in old photographs.  To me, the subjects, smiling or grim, are just an anonymous flash in the river of history, and yet, to them, the moment of that flash was as complicated, vast and uncertain as the flash that I'm living through right now.  It's the feeling of infinity perched on a pinhead.  I think it's the feeling of mortality. 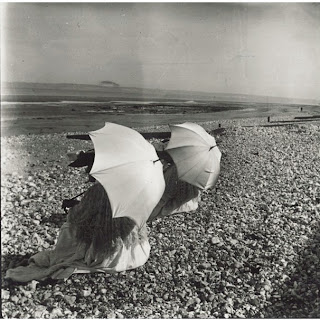 The paintings, on the other hand, were generally less compelling.  The loveliness of the impressionists gave way to a grittier, more "realistic" aesthetic in the post-impressionist movement, and I frankly don't care for it much.  Especially not when there are there are intriguing little photographs at hand.  But the juxtaposition of the paintings with photographs of the same models was fun to see.  The pairings threw into relief the strengths of each medium.  For example, in the images below, I love how the painter was able to open the girl's face in a way that the photographer could not (keeping in mind that the painter and the photographer are the same person). 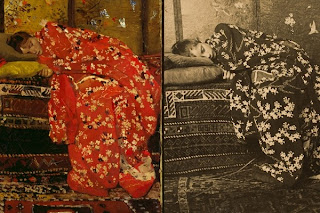 Apparently anticipating that the exhibition might trigger thoughtful ruminations on photography and painting, the Phillips Collection joined with the Folger Shakespeare Library's Poetry Series and invited poet Yusef Komunyaka to view the exhibit and respond in the form of a public poetry reading. 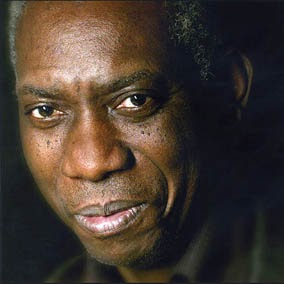 I had never heard of Mr. Komunyaka before.  His biography is impressive, and I liked the poems I read before hearing him speak.  Unfortunately, a talent for writing poetry is not the same as a talent for performing that poetry.  I found his readings to be very boring and nearly unintelligible.  On the other hand, the cadences of his growly Louisiana drawl had a wonderfully calming effect after a long day at work, sending me to that sweet spot between sleep and wakefulness as masterfully as Richard G. Scott ever did.
Posted by JJD at 11:20 PM

Email ThisBlogThis!Share to TwitterShare to FacebookShare to Pinterest
Labels: Art

You certainly have a way with words yourself! Which is why I so enjoy reading your blog!