Antigua is Guatemala's crown jewel.  It was founded in 1543 and served as the capital until it was razed by an earthquake in 1773.  After that, the seat of government moved 45 minutes away to Guatemala City and Antigua was left to become a gorgeous little tourist's paradise.  Lonely Planet says it's what Guatemala "would look like if the Scandinavians came in and took over for a couple of years."  The granola guidebook probably meant that to be a criticism, but I still love the town.  (As I said, I'm a bad hippie.)

It's nestled between three big volcanoes (Pacaya, Fuego and Agua), which contribute to its seismic instability, and is a lovely collection of paved cobblestone streets lined with brightly colored stucco houses. 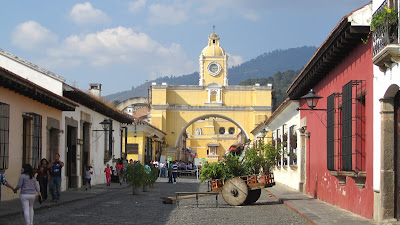 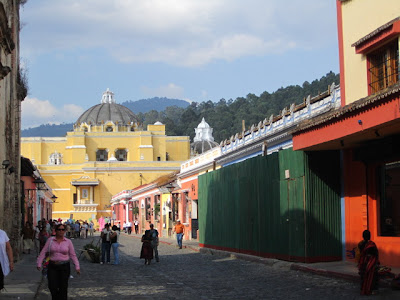 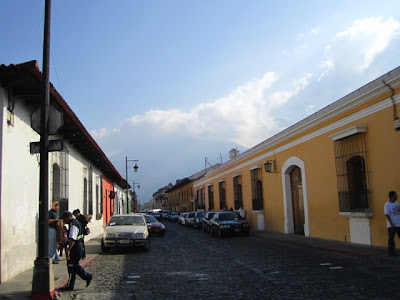 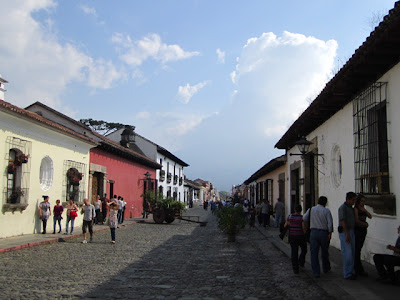 The central plaza has some lovely churches and other colonial buildings.  I explored them more fully the first time I visited, so we didn't spend much time 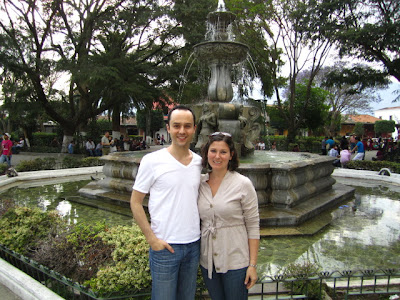 My favorite element of Spanish architecture is the courtyard.  You can't see them from the street, but if you can get inside, they're usually gorgeous.  Private courtyards, of course, are off limits, but hotels are easier to get into. 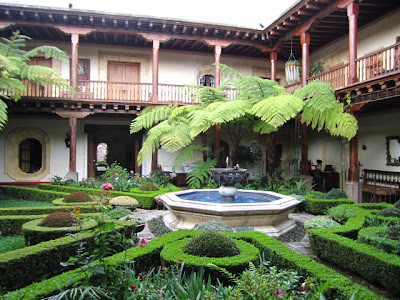 In addition to courtyards, some of the hotels also have ruins.  This hotel is built on the ruins of a Dominican monastery. 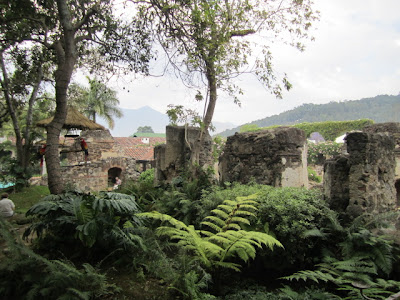 Nestled among the ruins and hotel rooms was a little candleshop.  Most of the candles were too much in the Spanish Catholic aesthetic for my taste, but the colors were lovely and it was neat to see the vats of boiling wax. 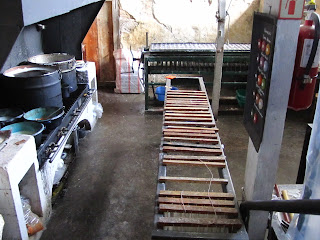 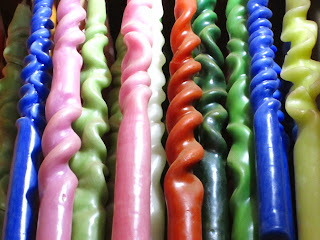 After wandering through the town, we were STARVING, so we stopped for lunch at Bistro Cinq.  Trendy, French, and absolutely delicious, this was my kind of restaurant.  We feasted comfortably and then went happily on our way.
P.S.  If you want to read about my visit to Antigua in 2008, click here.﻿
Posted by JJD at 10:00 PM

If only that vine would grow in Vegas... Lady

Sad! The beard is lost.