Boise in the snow

Yesterday, after a great visit chez les parents, I flew up to Boise for Part II of this January vacation.  Mark met me at the airport in his Jeep and gave me a ride to Heather's house, where we had a fun afternoon playing with the kids (being the favorite uncle that I am, of course I brought new toys with me).  Eventually Erin (Mark's girlfriend) came over and joined the party.  The four of us talked for a while after the kids went to bed.  Then Mark and Erin left and Heather and I continued talking until 2:30am -- at which point we reminded ourselves that I'm not leaving until Sunday, and promptly went to bed.

When we got up (too few hours later!), we found ourselves in the middle of a snowstorm.


Naturally, we wasted no time in piling on our winter gear and heading outside to shovel the driveway and play in the snow. 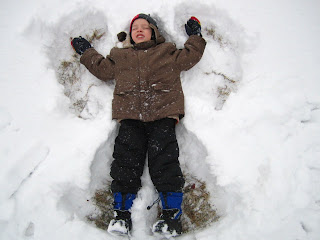 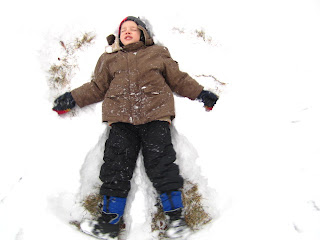 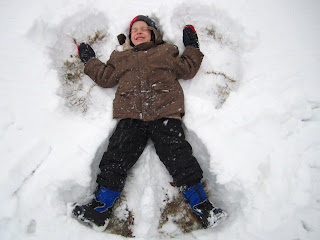 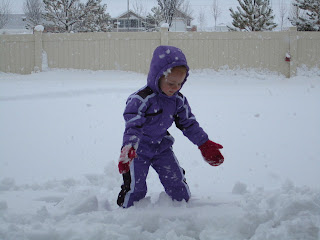 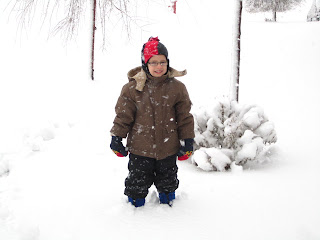 Unfortunately, my capacity for winter play is limited by the fact that I don't have full snow regalia anymore.  After finishing the driveway (and winning a few snowball fights) my peacoat was damp and I was getting chilly, so I went inside.  The kids, however, took the adventures to the as-yet pristine backyard.

When Brynn came home from school, she joined in, too (she's the giant pink snowsuit).  Under her expert direction, they "baked" snow cakes (that eventually morphed into snow mountains) on the patio table.

Finally even the kids wore out.  They came in and we warmed up with peppermint hot chocolate.  Yum!
Posted by JJD at 9:15 PM

Ah, so fun! Wish I was there! Lady