Last night I saw the touring production of Billy Elliot the Musical at the Kennedy Center. 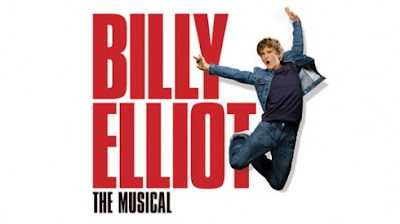 For those who aren’t familiar with the musical (or the non-musical movie on which it is based), the show is set in a coal mining town in northern England in the mid-1980s, when Prime Minister Margaret Thatcher was is mortal combat with the miners unions.  The tale opens with the union’s declaring strike; it ends more than a year later with the union’s defeat and, as it happened, the virtual evaporation of the British coal mining industry.
But that’s just the backdrop.  The heart of the story is an eleven-year old boy, Billy Elliot, who, after a frustrating boxing lesson, stumbles into a ballet class -- and discovers that he loves it.  Unlike boxing, for which Billy has no affinity or natural talent, dancing just comes to him.  The teacher sees his talent and starts grooming him on the side with an eye toward auditioning for the Royal Ballet School in London.  Dad gets wind of this and hits the fan.  The rest of the show is the story of how he and Billy come to terms with the various conflicts that a dancing son provokes:  the macho world of the miner versus the effeminate world of ballet; the hard-scrabble working-class reality versus the cushy bourgeois luxury of the arts; the needs of the community versus the aspirations of the individual; the certain end of the father’s livelihood (and with it, his identity that was) versus the uncertain birth of the boy’s future (and with it, his identity to be). 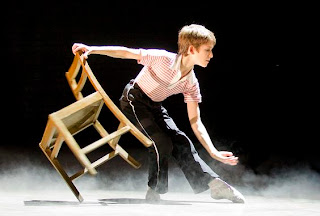 That question -- "What next?” -- has always been one of my favorites.  I have a knack for coming up with (sometimes hair-brained) ideas for what I’m going to do next, and I loved how, when I was younger, it seemed that the question could credibly be answered with a virtually infinite range of answers.  Now, though, at the admittedly not-so-advanced age of 32, I know that the range of plausible answers has narrowed.  There are certain things that I am just never going to do or be.  Which is probably totally fine (I don’t actually want to be an architect or a museum curator, although I can see the appeal in both) but when I look back and see doors that are not only closed but also out of reach, part of me feels sad.  It would have been fun to have at least tried opening them.  (And if this is what it feels like at 32, I’m curious what it will be like at 82.)
Ultimately, Billy gets into the school and the miners’ strike ends.  There’s applause and bows and one last unabashedly crowd-pleasing tap number complete with high kicks.  Then the lights come up and the perspective shifts:  Everyone becomes themselves again, solid and warm and a little ordinary.  There’s the metro and work and the tenacious little shamrock that needs to be sprayed with poison and the trip to my parents’ house that I need to pack for.  Everything is okay -- because sometimes the best answer to “What next?” is not “ballet school in London” but rather, simply, “home.”
Posted by JJD at 10:51 PM