Both Brynn and Shae are in ballet, and this week I had the great luck of attending one of their recitals!  It was great fun to see them get dressed up in their costumes, makeup and hairdos.  They were clearly in little girl heaven as they became the beautiful princesses of the day. 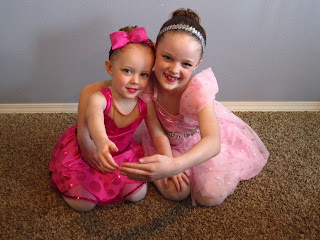 Shae, loving the attention, started demonstrating the positions she had learned in class this year.

The recital started at 4:00pm, so naturally we left at 2:30pm.  That's what happens when you combine general admission seating and dance moms (among whom Heather definitely holds her own -- we were the first ones in line!).  Normally you might think that standing in line for an hour and a half wouldn't be that fun with three little kids, but our three were very well behaved.  As other people started arriving and getting in line behind us, Jaron saw one of the other little boys that he plays with while the girls are in class.  Jaron walked over and said, "Do you want to come stand calmly over here with us?  You can if you want to."  The boy didn't want to, but the other moms were super impressed (and we all had a good laugh).

As a result of our aggressive line-standing, we had the best seats in the house.  Right down in front, with an unobstructed view of the stage, we were able to get some great shots of the girls.  I didn't have enough battery power or memory space to record the entire dance for either one, but I did get some good footage.  Both girls did an excellent job and stood out as among the most focused and accurate performers in their respective groups.

Sorry about the shaking in that second film!  Shae's little boogie there in the middle was just SO funny -- the entire audience (including your intrepid cameraman) was cracking up.  She definitely got the best response of anyone through the entire show.  The funniest thing is that Heather, Jordan and I had a sneaking suspicion she might bust out some of those moves.  Here's a clip of a private, living room dance party from the night before:

After the concert we gave the girls flowers and joined them onstage for some post-show photos. 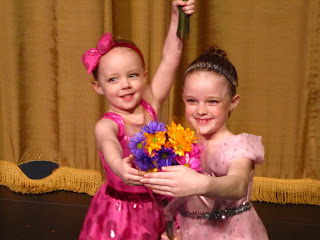 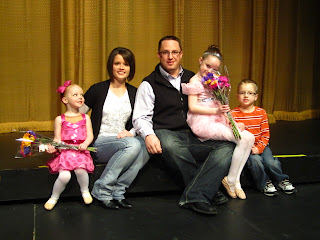 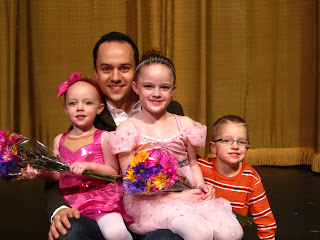 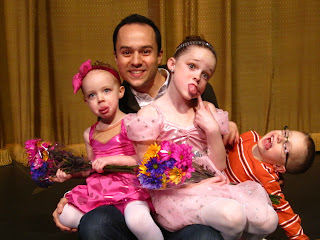 Ok, that was hilarious!