Getting seasons tickets to the Kennedy Center's modern dance series was one of the best decisions I've made in recent years.  There's just so much great dance!

Last night I saw Keigwin + Company perform.  If Merce Cunningham was cerebral, Mark Morris gorgeous, and Alvin Ailey exhilarating, Keigwin + Company was pure fun.  The company is based in New York -- and boy, does that show.  The pieces were glitzy, sexy and mischievous, with tons of energy and style and a healthy dose of winking irony.  If kind of felt like they were flirting with everyone in the audience all night long.  Enormously entertaining. 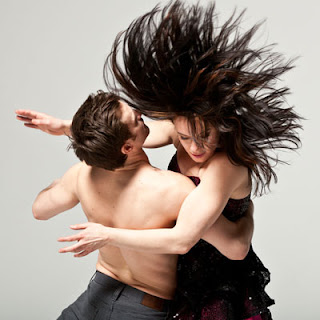 My favorite was "Megalopolis," which the Kennedy Center describes as follows:

"[A] work that blends the structure of a futuristic city with the vibrancy of its late-night scene performed to a mash-up of music by Steve Reich and pop artist M.I.A. The hyper-kinetic piece has space age black and silver costumes and choreography that combines hip hop with club moves. Keigwin describes the work as "…a blend of formalism and pop.  It's fun and serious."

Some of the critics I found online thought it too populist and accused it of "pandering to the audience," but as a member of the audience, sometimes it's nice to be pandered to!  Especially when that pandering comes in the form of good-looking dancers doing beautiful moves in outrageous costumes.  Unfortunately, I can't find any good photos of said costumes, but here are some photos from other pieces they did. 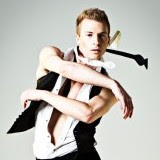 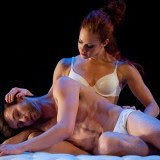 This video has excerpts from the Runaway piece, which was the final piece of the evening.  It was my least favorite of the lot, mostly because it had a darker vibe and because I didn't quite get it (something about fashion, I think).
Posted by JJD at 9:35 PM

I like the way the dancers disappear behind the lights. Lady