Visiting the Louvre is like an ant drinking from a firehose -- the quantity and quality of the masterpieces is overwhelming.  You could easily spend weeks in there.  (And if you don't bring a map with you, you might never get out.)

Fortunately, Amanda and I had each "done the Louvre" during previous trips, so we were free to focus on the key exhibits that we wanted to see again (or that we hadn't seen the first time around).  Naturally, we hit some of the major pieces (partially because Amanda wanted to take photos for the humanities class she teaches, but also because it's really impossible to see them too many times), as well as some of the "lesser" pieces. 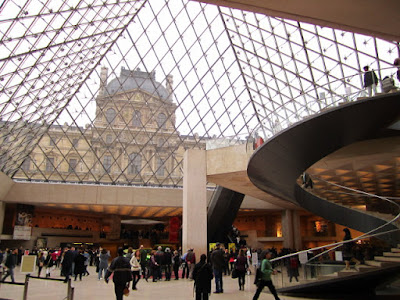 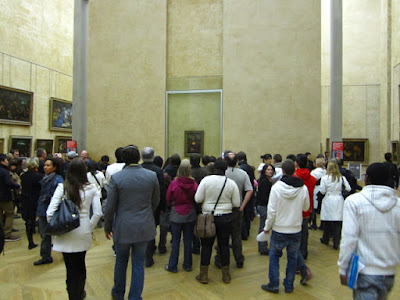 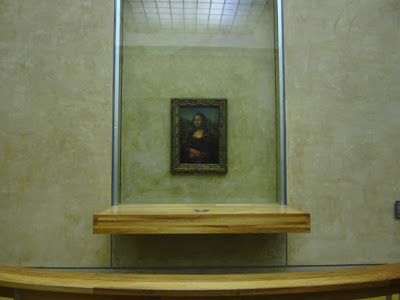 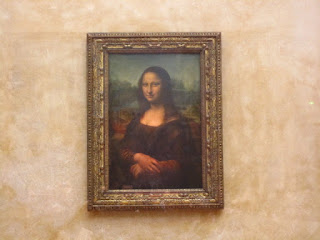 The Greek Marbles
Amanda and I both really love the Greek statues.  Plus, since all the best marbles are in Paris, London and Berlin (and not in Greece), we felt like were bringing some closure to our trip to Greece in 2009. 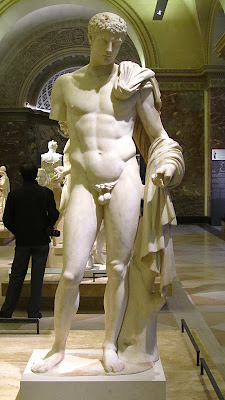 ﻿Normally the statues of young men don't have beards.  I thought it interesting that this one did. 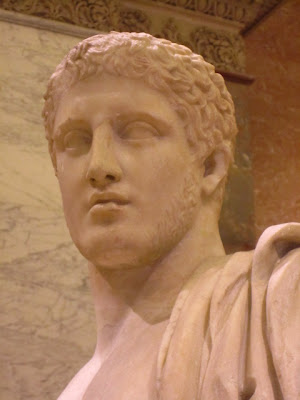 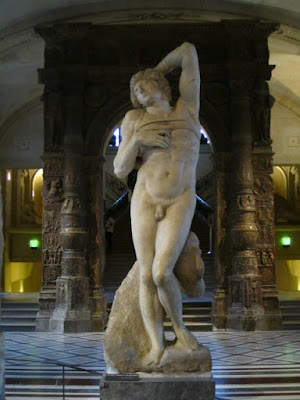 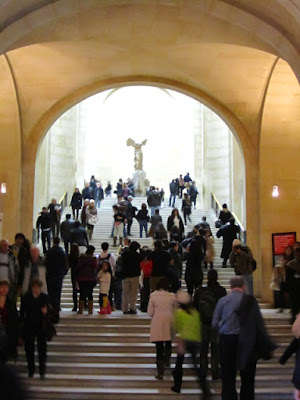 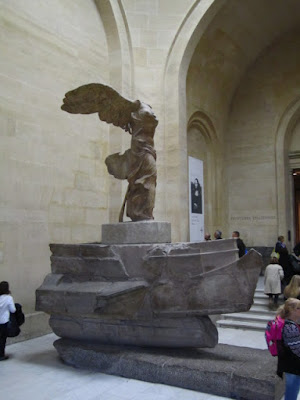 ﻿ ﻿Cupid and Psyche is one of my all-time favorites in the collection. 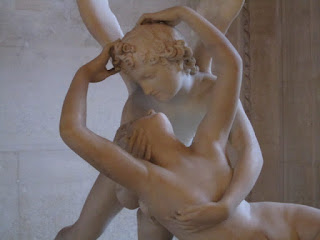 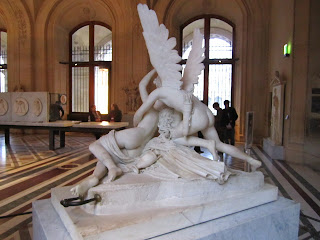 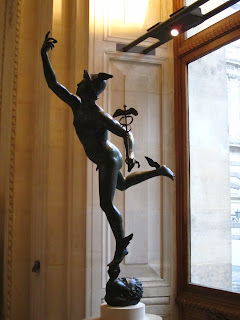 ﻿Three Saint Georges
I've always been partial to Saint George slaying the dragon.  These are three small paintings that were hanging in a row in the corridor on the way to the Mona Lisa. 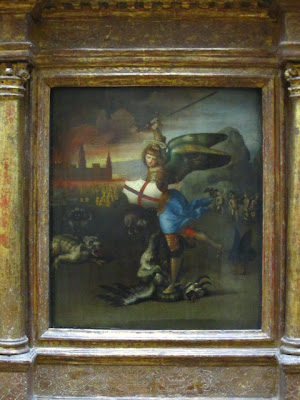 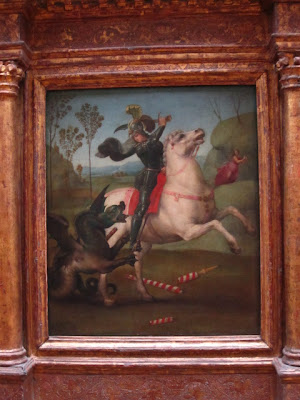 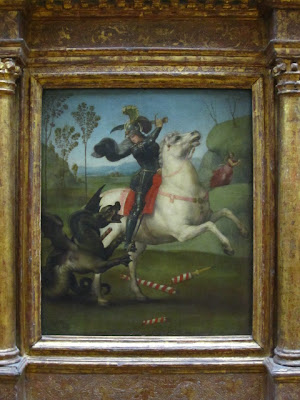 ﻿The French Marbles
I hadn't seen this courtyard during previous visits.  This is one of the more impressive displays in the building; this lower entry shows off the horses to perfection.
﻿ 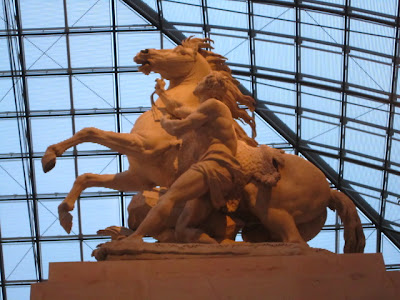 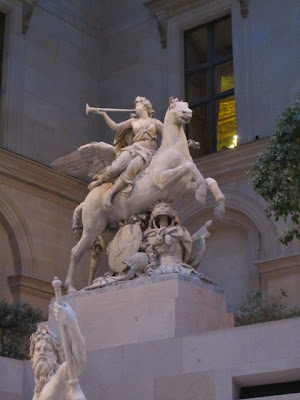 Rubens on Marie de Medici
Marie de Medicis, from Italy, was queen in France and mother of King Louis XIII.  Rubens was a painter from Antwerp whom she commissioned to do a series of giant paintings commemorating the memorable moments of her life. 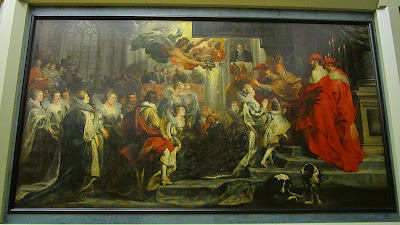 The Medieval Louvre
The Louvre has been around for a long time, and before becoming the elegant palace we know today, it was a fortified castle.  The Très Riches Heures of the Duc de Berry is an illuminated prayer book that contains an exquisite depiction of the medieval fortress.  All that remains of this fortress are the foundation stones, which can be seen in the sub-basement of the modern Louvre.