Canon of the Mass

I've mentioned before that I sing with a group called Collegium Cantorum, a choral group that focuses on Renaissance polyphony.  For the past six weeks we've been rehearsing for a concert featuring three canonic Mass settings from the late 15th, early 16th, late 20th centuries:
We're giving two concerts -- the first one was tonight at an Episcopal church in Bethesda, Maryland; the second will be tomorrow at a Catholic church downtown DC.

Of the three pieces, my favorite is the Missa l'Homme armé.  It's not as technically complex as the Ockeghem piece but, to my ear, more melodic.  (And the Canon of the Mass is written in 12-tone composition, which is intellectually fascinating but aesthetically less to my taste.)  The Missa l'Homme armé also has the quirky quality of being a mass based on the melodic theme of a medieval drinking song.  Here's an excerpt of our group singing the Kyrie, followed by an excerpt of professionals singing the same movement.

As with so many choirs of this sort, I think it's probably more fun to be on stage than in the audience (especially this one -- it's SO LONG!), so normally I don't tell anyone that I'm performing.  Tonight, though, Amanda was in the audience, so in addition to the recorded clip, she also was able to get some photos of the performance. 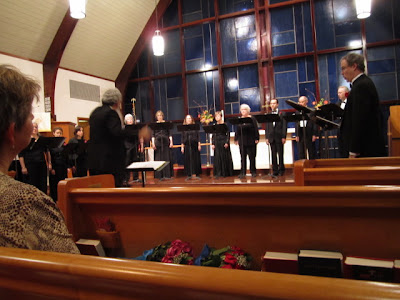 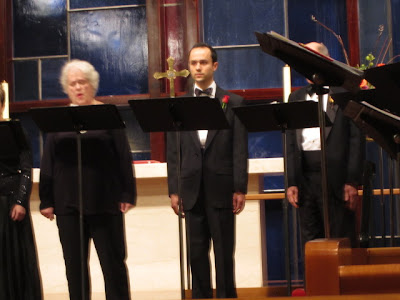 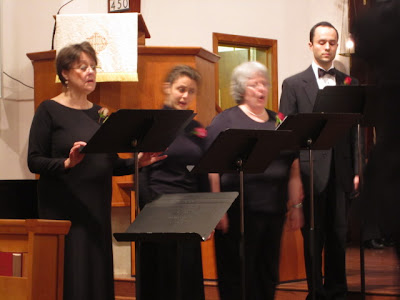 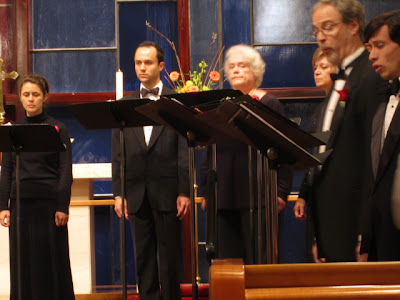 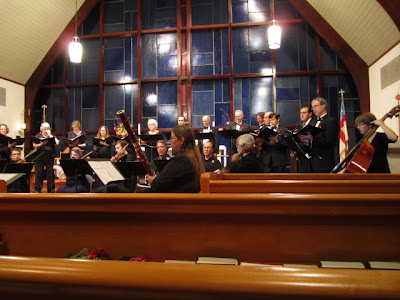 I want to come sing with you!