What do you do on a long weekend in Washington, DC, when you've already gone jetskiing and hosted a picnic in your apartment?  Well, one good option is to go hiking in the Shenandoah National Park.  It's about two hours west of here through rolling rural Virginia.  The Skyline Trail traces the crest of the Appalachian Mountains, with lush forest on both sides and the occasional panoramic view of the farmlands below.  The famous Appalachian Trail weaves alongside the road and has a multitude of offshoot trails that explore the wooded foothills below.  It's lovely and very green.  Later in the summer it can feel claustrophobically hot and humid amidst all the trees, but early in the season it's fresh and clear and bursting with new growth and wildflowers.

Today I went with my friend Amy to hike the Matthew's Arm/Overall Trail.  It took us about three and a half hours to do the 8 mile loop.  We really liked the trail and probably would have liked it even better if we'd known that there were some notable waterfalls nearby -- but we didn't know about those until we were on our way back out, when all of the hikers heading the other direction kept asking us how far to the falls . . . .  Fortunately, we bought a year's pass to the park, so we'll be able to come back to see what we missed. 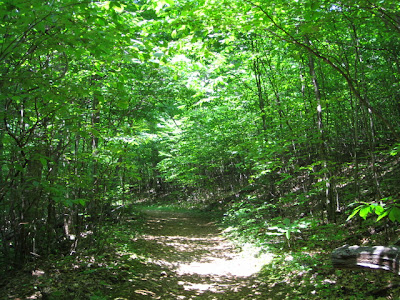 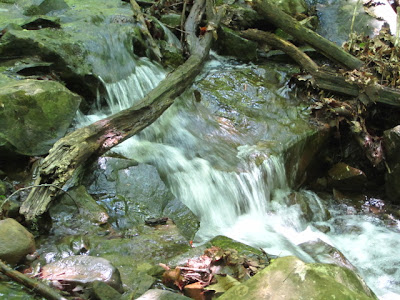 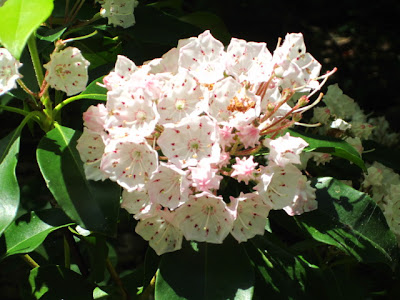 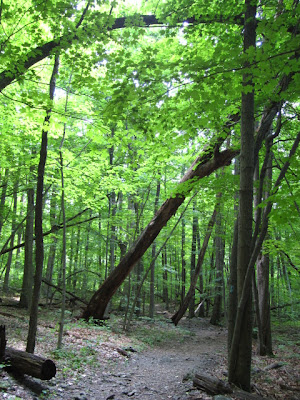 Email ThisBlogThis!Share to TwitterShare to FacebookShare to Pinterest
Labels: Nature

This is gorgeous! Lady

I second that! Very beautiful.