By the time we were finished jetskiing, Tim and I were STARVING -- jetskiing on rough waters is surprisingly physically demanding (and of course I was still recovering from my 50-miler earlier in the morning).  Rather than drive all the way back to DC, we went up the road to nearby Annapolis.

The first order of business was to get something to eat.  We found a place on the waterfront called Armadillos that served some hearty hamburgers that really hit the spot. Once we'd averted death by starvation, we had a chance to walk around the town.  I'd never been to Annapolis before, and I'd heard it was pretty -- and was it ever!  So charming and ecclectic, I would rank it hands-down the prettiest of the cities in this region.  Tons more personality and better maintained than much of DC, and with none of the weirdness and grittiness that you find in Baltimore.  It felt much more New England and European than Mid-Atlantic.  (I think my favorite part was walking along Compromise Street -- it made me feel like I was in an allegory.) 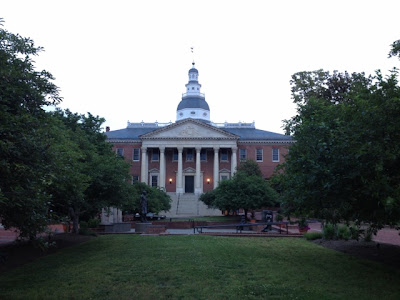 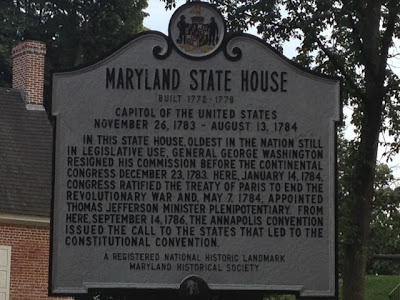 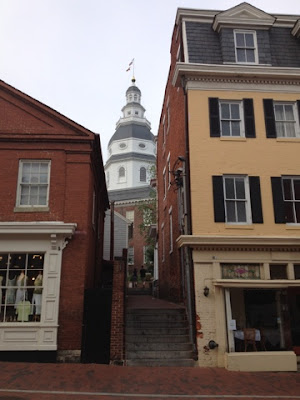 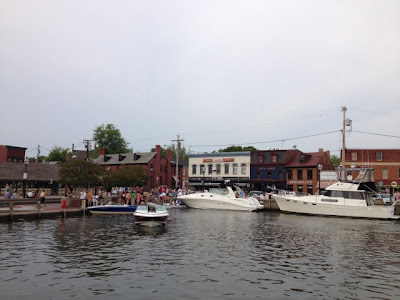 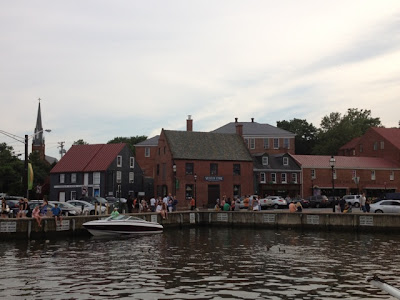 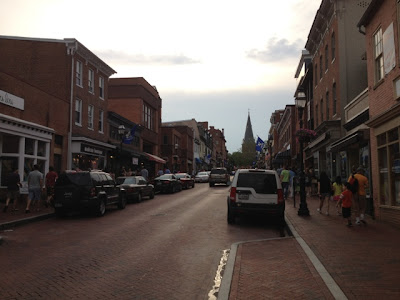 That is a pretty place! Lady

Got the World on a Ping said...

I did an event at the William Paca House under that tent! Rained cats and dogs - of course. - Jean