They don't call northern New York "the North Country" for nothing -- it's cold here!


I guess I shouldn't have been surprised.  I mean, we're practically in Canada here.  It's a wonder there aren't polar bears.  (I did find a French-language radio channel from Montreal, which is fun.)

The wintry weather is beautiful, though, and so I went outside for some shots of the homestead.  I love the setting on the river. 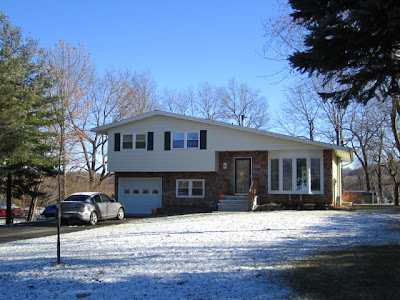 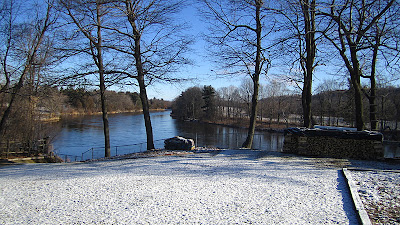 It also was fun to see Ammon's forays into animal husbandry.  In the river shot above, you can see the beehives (the low mass, right in the middle).  And then there are the chickens -- source of eggs and rooster-noodle-soup.

They look so innocent out by the shed -- but the snow on the house steps tells a tale of wandering birds.  (I bet they think they're so sneaky.)

And with that, it was time to go inside and warm up by the fire! 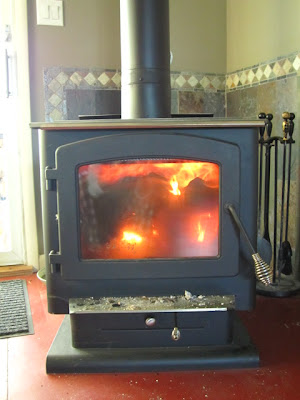 Email ThisBlogThis!Share to TwitterShare to FacebookShare to Pinterest
Labels: Family

I love their place! Lady