The trials of Saint Katherine

I'm worried about my shamrock.

It's actually an oxalis, not a shamrock, but it's been in the family since before I was born and we've always called it a shamrock.  And this shamrock has weathered many a trial:  from kids to cats to cross country moves and excessively hard water, this plant has been through it all.  Not without complaining (it's got the temperament of a prima donna) but always without fail.

Consider, for example, her reluctant resilience after a recent repotting:
﻿ 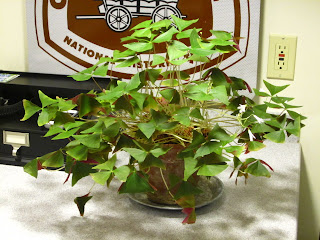 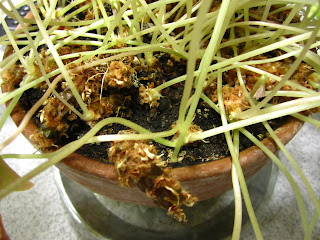 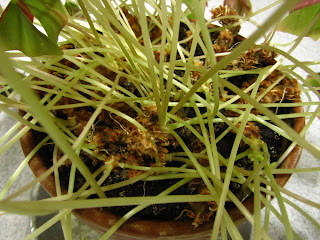 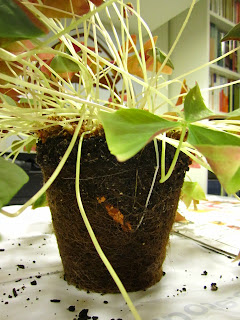 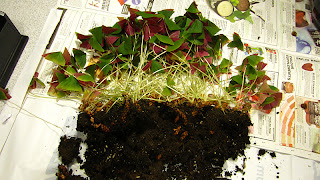 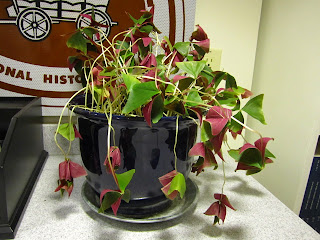 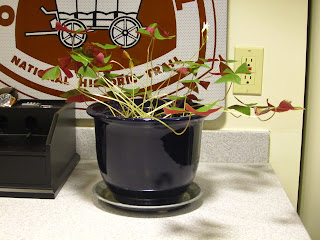 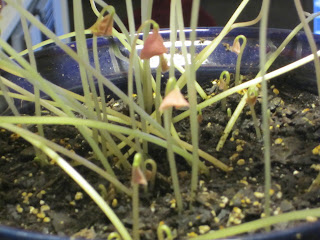 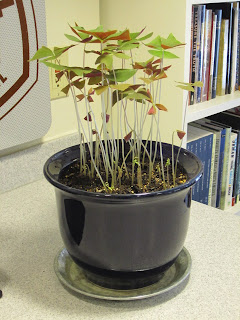 But there are greater dangers than repotting.  Within a couple of weeks after coming back strong and lush, all those brand new leaves began shriveling and losing their color.  At first I thought it was just another example of the shamrock's high strung nature (it's cried wolf a few too many times).  But by the time it looked like this, I couldn't ignore it any more: 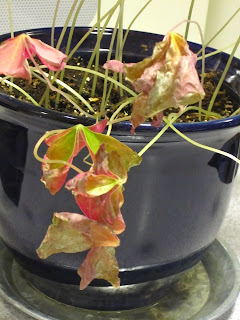 I took a closer look and discovered tiny white bugs on the undersides of the leaves, sucking them dry.  This wasn't something the shamrock could battle on its own, so I rushed off to the nursery with some specimens in hand to consult my guru:  The woman who runs the greenhouse is to houseplants what Yoda was to the force.

She said the bugs were thrips and that there might also be some other type of fly, as well as some fungus.  I needed to cut the plant to the ground and leave it alone.  Once it sprouted new foliage, I would need to follow a careful regimen of pesticide misting for several weeks.  After that, the shamrock should be safe. 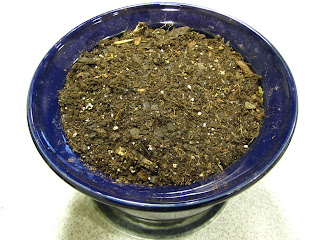 Oh dear! I do hope it survives! If for no other reason than sentiment...