We knew that the bulk of our first full day in New York would be spent sitting in dark theaters -- we had tickets to both matinee and evening performances -- so we decided to start off with a hearty Belgian brunch at Le Pain Quotidien . . .


. . . followed by a walk through the New York Public Library, which afforded us the opportunity to practice with the selfie stick in front of the famous lions . . .

. . . but which left us very disappointed, when we discovered that the main reading room was closed for renovations.  We wandered dejectedly out back to the winter market in Bryant park and drowned our sorrows in French macarons . . .

We ate our waffles as we walked back over to Times Square in search of Something Rotten, which is a delightful musical about some fictional contemporaries of Shakespeare.  They consult a soothsayer to learn what Shakespeare's masterpiece will be, with the intention of writing it themselves.  Due to the limitations of soothsaying, they end up writing "Omelette, the Musical" and, naturally, much hilarity ensued.

After the musical, we had a window of time to grab a quick bite at the Kitchen . . .

and then track down some friends of mine from DC who happened to be in Times Square at that very moment.   Heather and Louie and their kids were some of my favorite people at church in DC, so I was delighted to be able to catch up with them and have them meet Amanda and Justin.  We chatted for quite a while -- long enough that we got cold and had to move inside the hotel -- and then pulled out the selfie stick for a group photo . . .

. . . only when we proved inept at operating the equipment, we resorted to making one of the kids take the photo for us, with much better results: 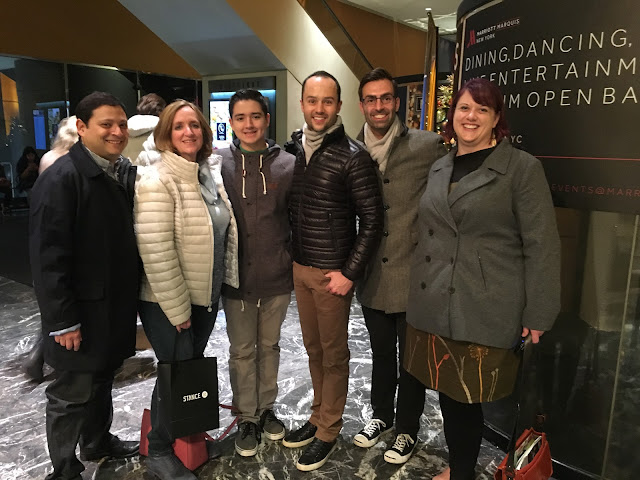 Eventually we parted ways -- the Martinez's needed to finish some shopping before the stores closed, and we needed to make our way down to Chelsea to see These Paper Bullets -- which turned out to be a rather odd adaptation of Shakespeare's Much Ado about Nothing to a 1960s Beatles-style setting.   The adaptation was fun but inconsistent in quality.  It's hard to redo Shakespeare and come out ahead. 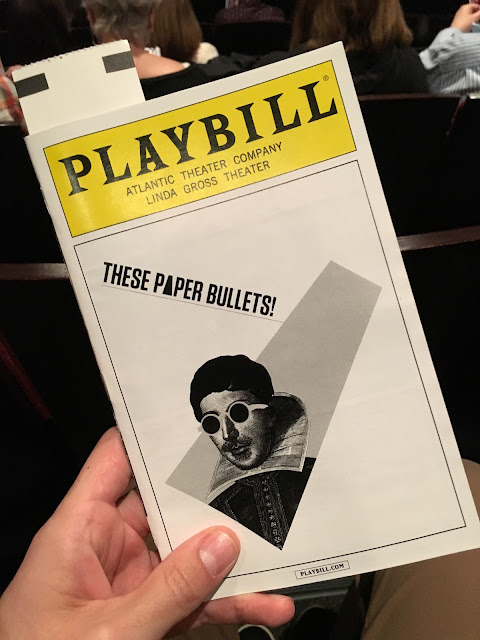 By the time we emerged from the theatre, it was raining and we were hungry.  We found the nearest French bistro we could find and enjoyed a late-night ham-and-cheese-and-cornichon sandwich before heading back to the hotel and bed. 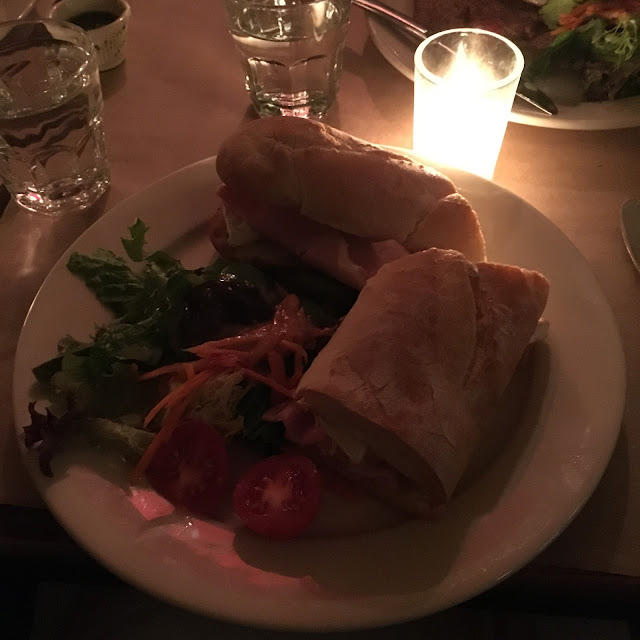 Well, okay, not quite bed.  We sat on the bed, but just kept talking for a very long time.  Because who wants to go to bed early on vacation?