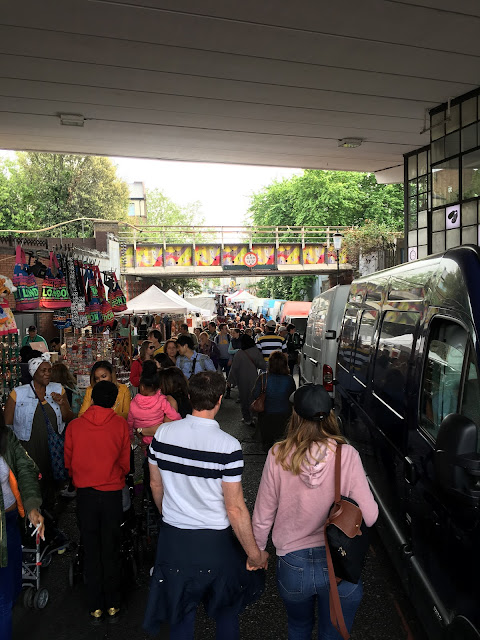 Compared to the difficulties I had trying to get to Brussels, it was a cinch getting to London.  The small commuter plane left the tiny Luxembourg airport bright and early, touching down in the London City airport an hour later (though with the time zone change, we only lost about 10 minutes).
I checked into the hotel, went into the office for the rest of the day, and then met up with Matt and Dorothea (Justin's brother and sister-in-law, who live in London) for a tasty Mediterranean dinner followed by a screening of a new documentary about the Met's Fashion Institute back at their flat.
The next morning, Saturday, was my first real non-working day of this whole trip -- like a mini-vacation!  I spent the morning running through performance listings and ticket-sales websites to ensure that I didn't spend two days in London without seeing something good.  It was a dangerous exercise, though -- while I was happy with the tickets I got, I came away with the same "why don't I live here?" feeling that I always have in New York and Paris (biggest regret: not being here in two weeks, when Isabelle Huppert will be performing Phaedra, in French, at the Barbican).
As soon as the e-tickets hit my inbox, I headed out to find Matt and Dorothea for a day of exploring London.  We started with the Portobello Road Market, which is a delightful progression of charming shops selling everything from vintage Louis Vuitton luggage and Uzbekistani textiles (temptation, thy name is ikat) to cheap antiques of dubious quality and artsy street fashion.

After lunch we left the market and went over the Victoria & Albert museum, one of the major art museums in London. We had hoped to see two exhibitions, one about the history of underwear, and one about Boticelli.  Turns out we were late enough in the day that we couldn't do both, so we opted for the underwear exhibition.  I was hoping for something on par with the Met's Fashion Institute exhibitions -- on the whole it wasn't, but there were some interesting elements that made me glad to have seen it.
﻿﻿ 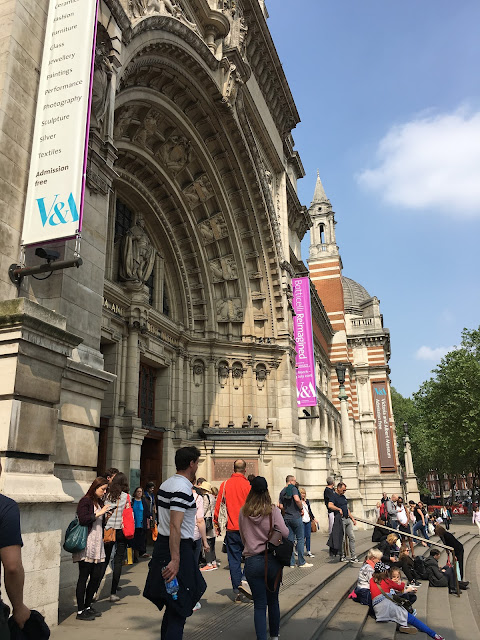 By the time we left the museum, the hours of market- and museum-walking had caught up with us -- we needed a break and some food!  After a 15 minute power-nap, I went down to a neighboring French restaurant to meet up with Matt, as well as Paul and Rachel, two friends from church in Seattle who happened to have just arrived in London.


I ended up needing to leave dinner early to get to the Royal Opera House in time for the ballet performance I was seeing.  I was excited to finally be seeing something in the famous hall -- among other reasons to know this building, it's in the Covent Garden flower market right outside this building that Henry Higgins finds Eliza Doolittle in My Fair Lady.

Leaving the opera house, I was reluctant to go right back to the hotel -- the evening was fine, and I wanted to soak up more of London.  So I wandered down through Leicester Square and the West End theatre district, over to Picadilly Circus, and up to Oxford Circus.  The walk reminded me of when I was here in 2003.  I had no money to go into any performances or to pay for buses or even the subway, so I just walked all around town, looking at buildings and watching people, soaking up the atmosphere.  My budget is more generous now, and I've seen a lot of things in the intervening years, but I still feel that same wonderful energy wandering through the grand streets of this awesome city.