Oh man.  How can it already be February?  This year is going by way to quickly.

And of course I've written about basically nothing that's happened so far.  A lot of it's just going to need to be water under the bridge, but I did want to capture a great little trip I took a couple of weeks ago to Utah.  It was one of those weekends where I flew in on Friday night, back home on Sunday, and in between managed to see way more awesome people than I ever thought possible.

I left for the airport straight from work and got into Salt Lake City a little after 10:00pm.  Salt Lake doesn't have the liveliest of downtowns, but that suited me fine:  I just wandered among the buildings, soaking up the cold mountain air and noticing the things that I recognized and the things that had changed.  I ended up in front of the LDS temple and paused for as long as I could without freezing to death.  I was the only one there, and it was tranquil and beautiful. 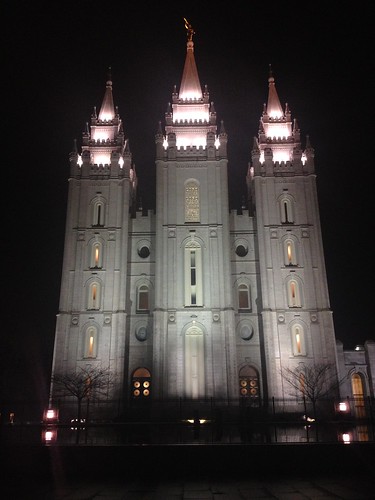 The next morning I got up early to meet Peggy and Mary for lunch at Lamb's Grill.  It's an oddly divey place downtown that we've used for the past few years as our rendez-vous spot of choice.  The food isn't delicious, but it's never crowded and they let us stay there talking and laughing for as long as we want.


After breakfast, I went straight to lunch with Dad and Lady, who had just driven in from Reno.  We met at Hires Big H drive-in for hamburgers and fries, and then headed out in search of (i) new temple clothes for the parentals (they've just been called as temple workers) and (ii) all the things on Lady's list of Things To Get From IKEA.  Why, you might ask, would I fly all the way to Utah and spend the day shopping for white polyester suits and halogen track lighting with my parents?  Because this is part of my whole "Moving to Seattle" plan -- for the first time since I've been an adult, I live close enough to see my family easily and relatively inexpensively and without client demands looming over me.  The fact that I've seen my parents now three times in the last three months means the plan is working! 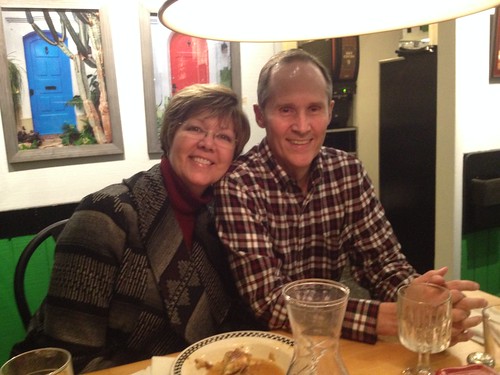 I did, however, abandon my parents mid-way through the IKEA adventure.  Another priority of mine for this trip was to spend time with Grandpa Davis, whom I hadn't seen for years.  He's the original JJD, and I figured we needed to catch up.  So I drove up to Huntsville and we chatted for a while in the living room of the little house I remembered so well.  He asked me about my job and my life, and I asked him to retell stories that I remembered from when I was a kid.  After a while I helped him into the car and we drove down to Ogden to meet my parents for dinner (where we got to hear even more stories). 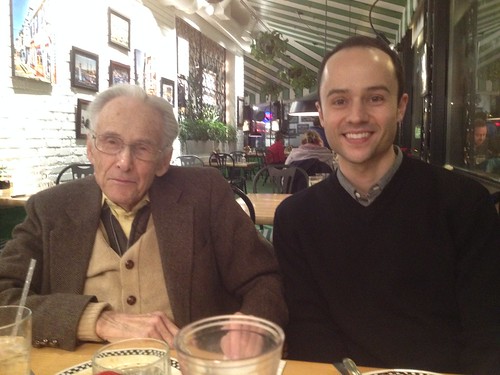 Next morning I got up early and met another good friend of mine, Anna, at the house she recently bought in one of the historic neighborhoods of Ogden.  Anna is a historian and museum curator -- and much, much braver than me -- and so perhaps it's not surprising that she bought an old victorian house and doing a complete renovation.  As in, she's got the place stripped down to the bare boards!  She had told me all about it when we met in Seattle last fall, so now I wanted to see it in person.  Talk about grateful lessons!  I was suddenly so pleased that all I needed to worry about was fixing a couple of sconces and buying some furniture. 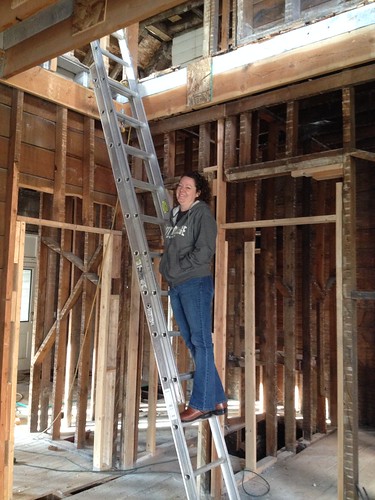 By the time Anna and I had frozen to death in the unheated (shell of a) house, it was time for me to meet up with my parents again for lunch -- only this time Heather's family joined us!  I was so surprised and delighted to see them.  I had known my parents would be in town, but I hadn't known Heather's family was coming.  So this was a real treat.


Lunch was prelude to an even larger family gathering.  My cousin, Wilson, was about to leave on a 2-year mission for the LDS church in Cambodia (!!) and this weekend was his "farewell".  For those who don't know, a traditional LDS mission farewell consists of the missionary speaking to the full congregation in church, and then having a big family/social event afterwards.  In an effort to keep the cost of these things down, the church has been encouraging folks to scale down their farewell celebrations, but my aunt Laurel went all out.  She had rented a giant barn and filled it with tables and centerpieces and delicious barbecue -- and friends and family turned out in droves.

I loved everything about the event.  Not only did I get to see Wilson and Laurel and the other aunts, uncles and first cousins, but there were also many members of the further extended family whom I hadn't seen for years and who I had no idea would be attending.  We hugged and talked and laughed.  I met new spouses and expressed dismay when I saw children who were once so little now all grown up.  People asked me why I was there, and seemed surprised when I said, To see you!  But I meant it 100%.  Like I said, part of the deal I made with myself when I moved away from everything that I loved on the East Coast was that I was going to fill the gaps in my heart with different things that matter just as much to me, but which had been neglected for so many years.  I want to be part of my family and to feel more deeply connected to them.

But of course I still had my flight to catch, so I made my way quickly through the party and then bounded out into the winter sunset to find the airport and head back home.
Posted by JJD at 1:11 AM

I love Uncle Jack, your parents, Laurel, Wilson all of these people, and Grandma-great's house.

I can't believe Wilson is off on his mission!

You would have loved this party, Joyce. So many great people! I spent a ton of time catching up with our cousin Jessica who I hadn't seen since probably around the time their family moved to Sand Point.

it was SO great to see you. In the grand tradition of letting strangers take your pictures, the one of the 3 of us outside Lamb's was so dark we looked like 3 grey blobs. Sigh. Luckily, the memories are in our hearts right? (And my fantastic Orange french toast is super offended that you called it "not delicious." Haha!!)

I so love that we get to see you so often now!