The George Washington Masonic Memorial is an impressive landmark that's hard to miss -- it towers over the city of Alexandria, Virginia, on a hill at the edge of Old Town. The main entrance leads into a hall heavy with the sense of its own monumentalness, full of columns and too much black marble. If you step through the velvet ropes between the columns, pass a small back door marked "Private" and descend a winding staircase to the lower level, you get to a small round theatre. Tomorrow I'll be singing Rossini's Stabat Mater there as part of a joint concert with the Met Singers and The Singers' Project. This morning was our dress rehearsal.

The theatre is small and full of plush red seats and heavy draperies that have the unfortunate effect of soaking up the sound, making it difficult to hear the soloists, orchestra and other members of the choir. The stage lighting is also puzzlingly fixed in a single spot directly in front of the stage. The light beams down at an angle that casts the music in shadow and makes it hard to read. The result is that you feel like you're singing blind inside a pillowcase. It doesn't help that I haven't had time to learn the music as well as I should.

Even so, it's fun to sing and to listen to the soloists. The tenor, in particular, is very good. Sitting behind the orchestra, watching the bassoons, sometimes I think it would be fun to take up playing again. 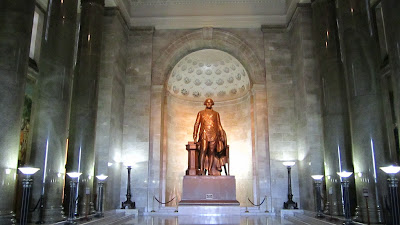 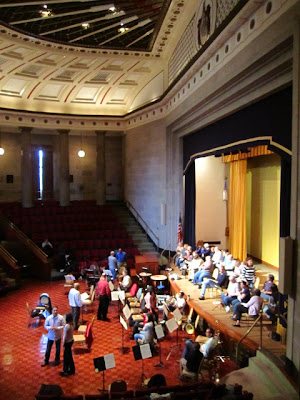 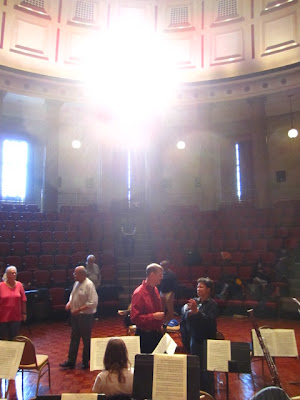 Here's a clip of Juan Diego Florez singing my favorite aria from the Stabat Mater.  I could listen to him all day long.

He is fabulous! Wish we were there to see and hear you sing. Have a wonderful performance! Lady