I don't think of myself as a wearer of bow ties.  And yet, when I think about it, bow ties have marked some important stages in my life.  First, I was a cute little kid, wearing a McKay plaid clip-on number with blue and white seersucker shorts.  Then I was a penguin with a red-and-yellow polka-dotted bow tie, which Lady had tied around my neck before taking me out to trick-or-treat.  Finally, I was a musician, playing the bassoon and singing in the classic black cummerbund and bow tie of the high school tuxedo.

I never grew out of that last stage.  High school ended a long time ago, but the tuxedoed concerts did not.  Which means that every few months I put on a bow tie and go out in public.  And until recently, I'd been wearing the very same pre-tied bow tie I'd gotten all those years ago for the high school choir.

A few months ago, as I was reading my copy of Gentleman, the sartorial bible of the classicly well-dressed gentleman, I decided that it was time to upgrade to a real silk bow tie that I actually had to tie. 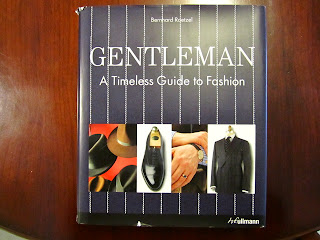 Getting the bow tie was easy enough (I just called my man, Robert, at Nordstrom), but tying the damn thing was a different story.  I spent a several hours that first day poring over the cryptic in Gentleman and googling various websites. 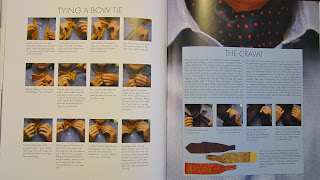 I eventually managed a passable approximation of a bow tie and, given the effort it had taken, contemplated leaving it tied permanently so that it would be ready every time I needed to wear it.  That, however, would have defeated the purpose of becoming a grown-up tier of bow-ties.  So I untied it and trusted that the next time would be easier.

It was!  Witness my preparations for the concert a couple of weeks ago at the Masonic temple: 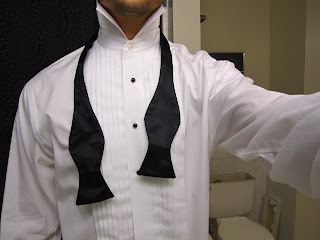 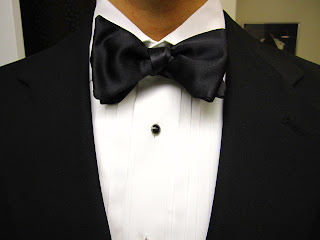 For those of you wondering why I'm wearing a spread collar instead of a wing collar:  I discovered that wing collars really are supposed to be worn only with white-tie, not black tie.  (I have no idea if that's the actual rule, but it was declared with such knowing authority by the salesman in the men's furnishing department that I have taken it as gospel truth.)  So, after fifteen years of wearing the wrong collar, I have mended my ways.

The next step will be to get a good set of onyx studs.
Posted by JJD at 12:57 AM

Congratulations on growing up! You may leave never-land now.