September's here!  And with it the lull of summer "vacation" has ended:  Everyone's intensity-level at work is ramping up, and I've got every weekend booked with plans from here to Christmas.  Well, maybe not Christmas (yet) -- but I will be traveling every weekend in September, and at least one or two in October.

The first of my September travels was a day trip to Portland.  Justin has a good friend, Eve, who lives in New York but was flying out to Portland for a wedding.  She had some down time between wedding events on Saturday, so we went down to meet her.

This being my third trip to Portland since February, we agreed the priority was to see Eve; we didn't care to stay the whole weekend.  But we also didn't particularly fancy spending 7 hours in the car for the round trip in one day.  What to do?  Train! 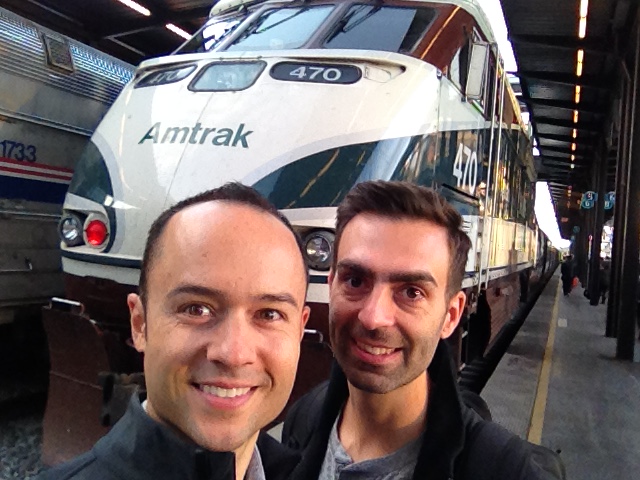 We got to Portland a little under 4 hours later (nearly an hour longer than it would have taken to drive), and Eve met us at the station.  We started with brunch at a restaurant called Urban Farmer (because of course -- this is Portland, home of urban farming), and then set out to explore Portland's Saturday Market.


After the market we felt a little peckish, so we headed out on a donut-seeking expedition.  Voodoo Donuts are all the rage right now in Portland -- they're known for outrageous concoctions and toppings -- and typically the line is something like an hour long all the time always.  I had no desire to wait in line so long, but Eve's boyfriend (who went to college in Portland) knew of a different location that didn't have such a long line.  Before we knew it, we were in a Pepto-bizmol-pink booth binging on more fried dough and sugar than any of us needed in a month.


The donuts were good enough -- probably more faddish for their outlandishness and reputation than for the actual quality of the donuts -- and after sampling a few I felt a little ill from the sugar.  So we packed up the leftovers and went to find something that smelled sweeter than donuts and wouldn't add to our calorie intake:  Roses.

Portland is famous for its Rose Garden, and both Eve and I wanted to see it.  September's a little late for peak rose season, but we still saw some really lovely blooms.  Even more interesting to me than the visual variety was the variety of scents.  All the roses smelled like roses, but some had notes that were rich and velvety, others stickily sweet; some a little powdery, and others fresh and fruity.  I wanted a vintner-turned-gardner to come and give us a "rose tasting" to walk us through the many scents. 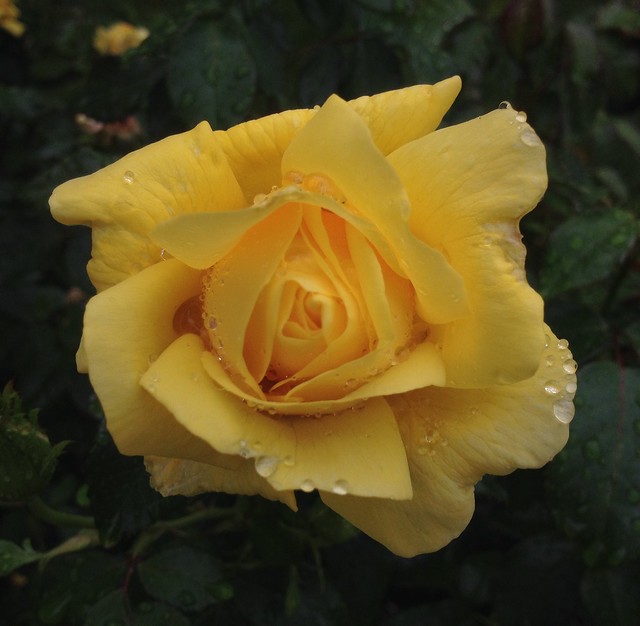 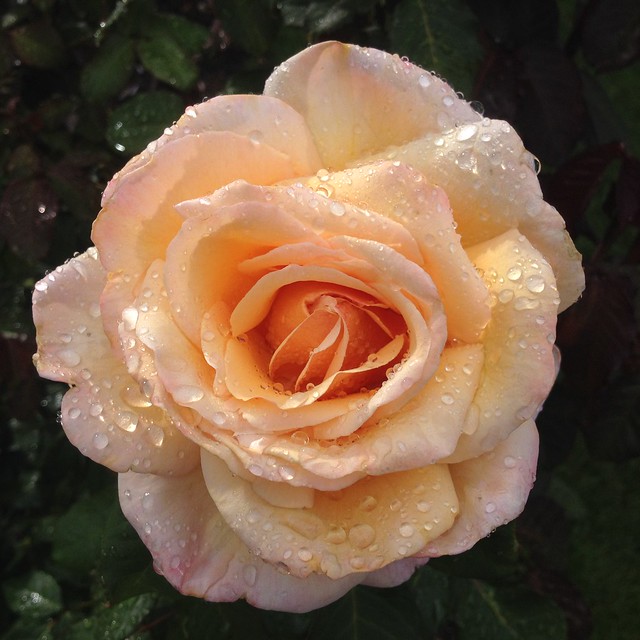 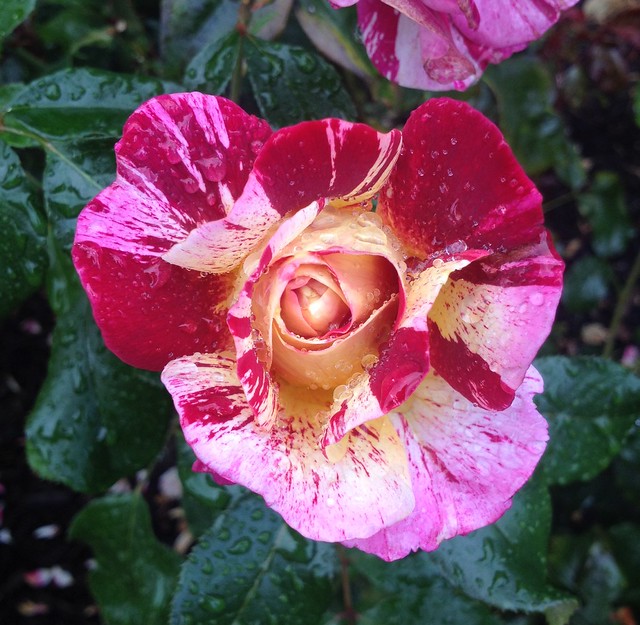 By the time we had seen/smelled our fill of roses, we had only just enough time to grab a quick sandwich at a local deli before Eve dropped us back off at the train station.  We bid fond farewells and made promises to meet next in New York and then boarded our train back to Seattle. 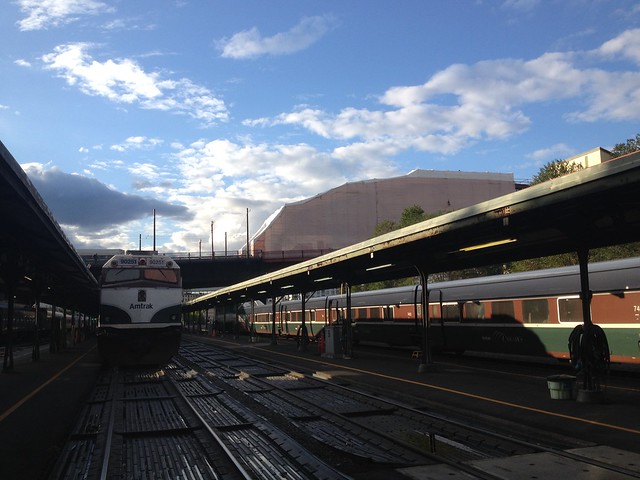 Fun day! We went to VooDoo doughnuts on our trip there, but we were not about to wait in a line stretching down the block, in the near 100 degree heat! Perhaps it was the right choice after all. Your iPhone pics are great.