Two weekends ago I took a day off work and went backpacking in the Northern Cascades with two of my best friends from law school.  Amy flew in from DC, and Kristin flew up from El Paso.  We spent Friday night running last-minute errands to REI and the grocery store, and then left first thing.

We did about 10 miles each day, camping in a different place each night.  The first day was kind of a slog, as we inched our way through heavy mist up a steep mountainside to a cold, cloud-socked pass where we spent the first night.  We quickly heated some water for our freeze-dried dinners and then went to bed.  It was only about 6:30 when we turned in for the night!  But we were tired and damp and cold, and we had all brought our Kindles, so we had everything we needed for nighttime reading. 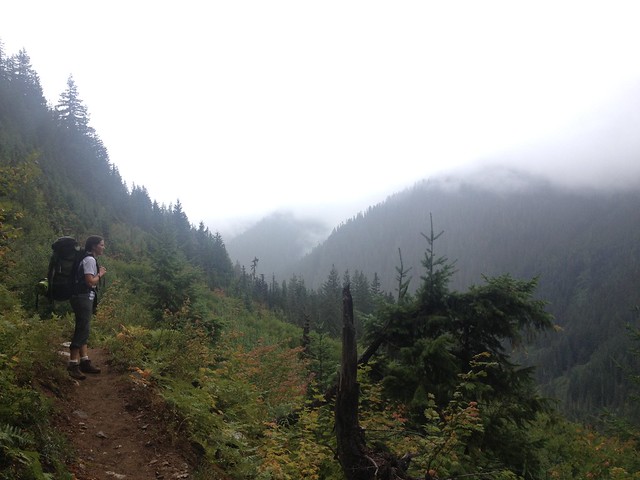 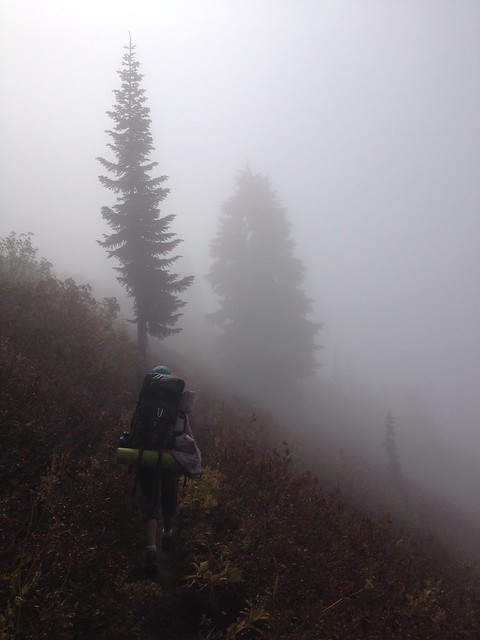 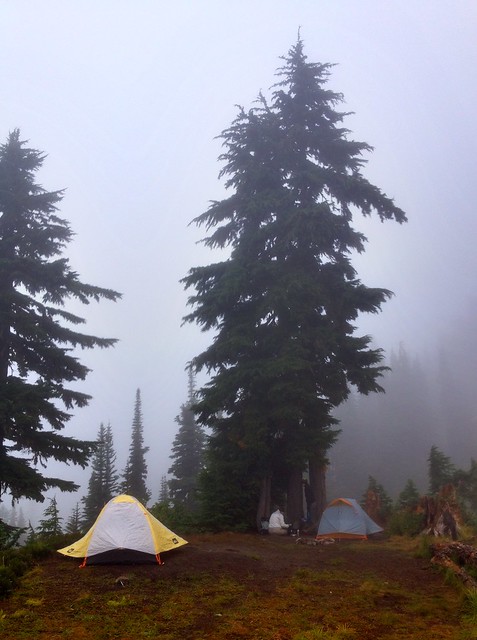 Next morning dawned chilly and gray, but the sun quickly pierced the clouds and burned off all the mist.  Our efforts from the first day were gratified with breathtaking vistas as we looked out over the Cascade mountain range rolling off in every direction, punctuated here and there by the impressive cones of the region's volcanoes. 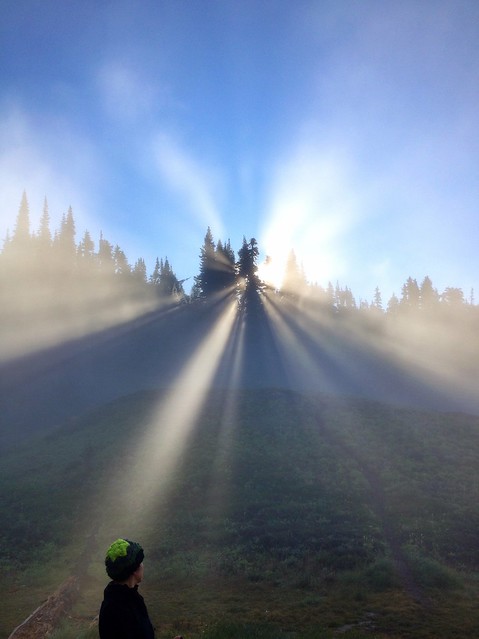 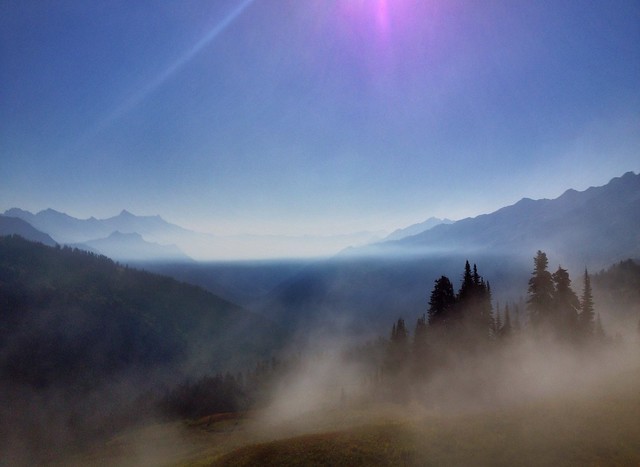 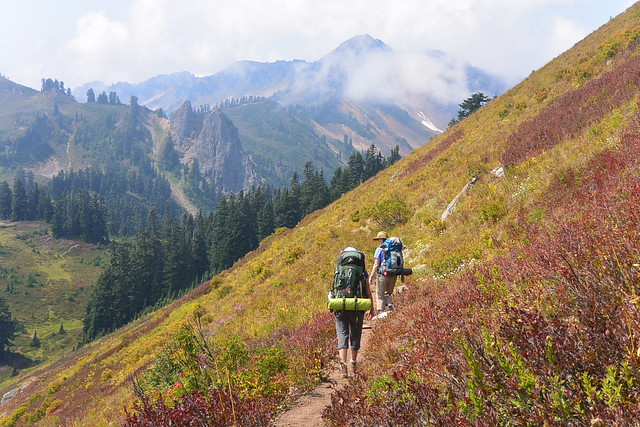 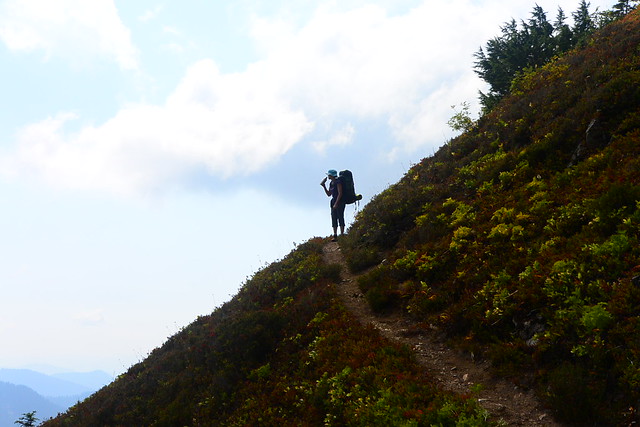 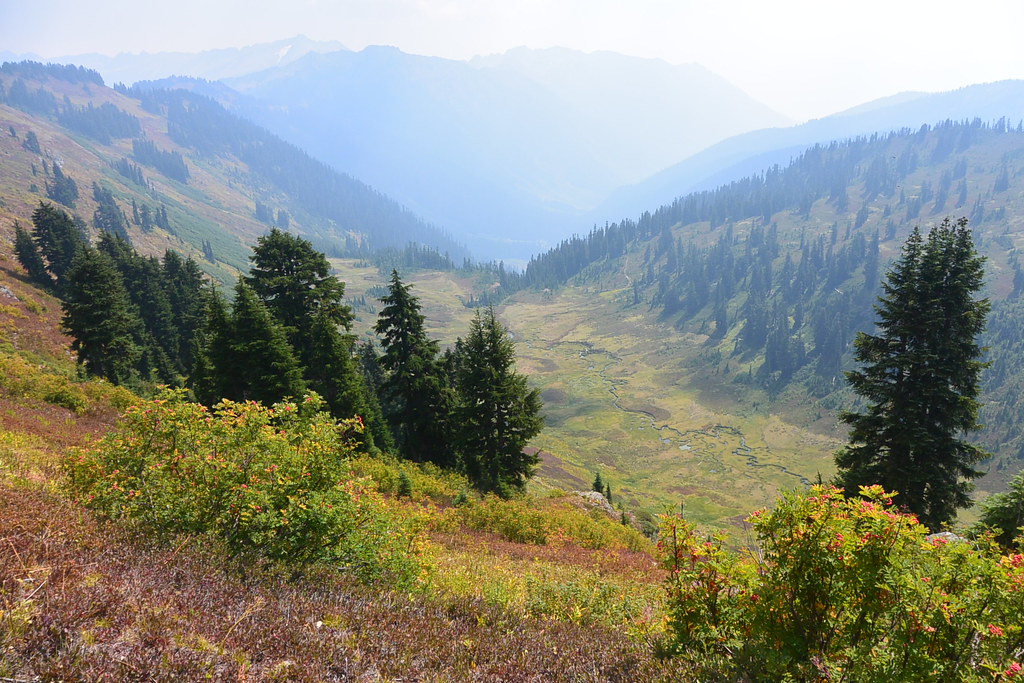 Not only had the sun come out, but we discovered that these high mountain meadows were covered in blueberry bushes!  I adopted a policy of eating every blue berry that was within reach.  They were delicious. 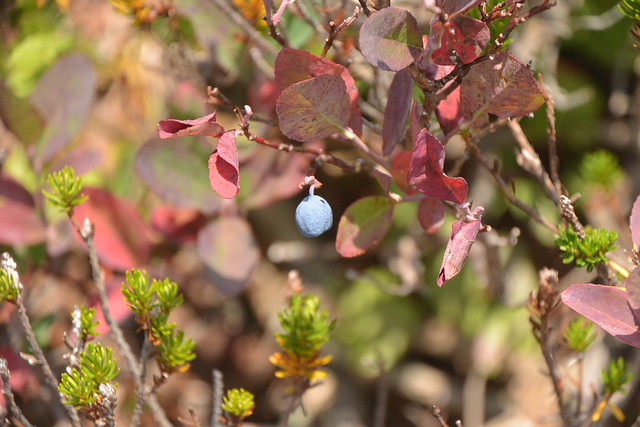 That night we camped next to Blue Lake, a crystal-clear mountain lake with stunning views out to the west. 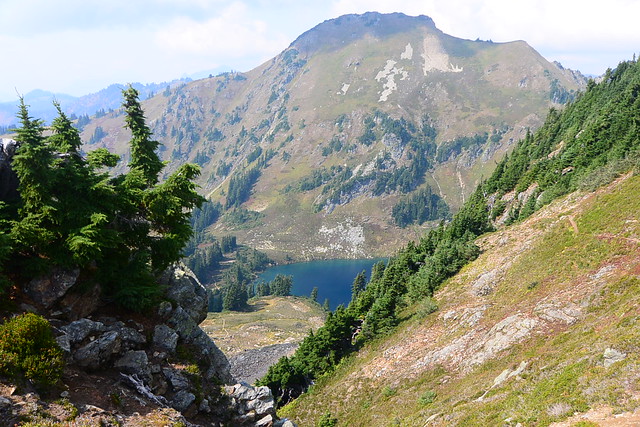 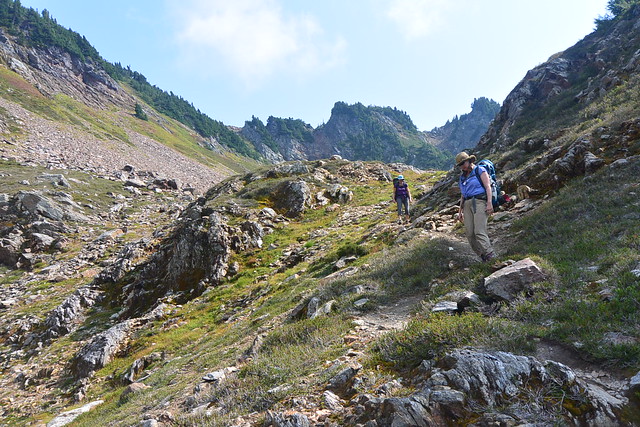 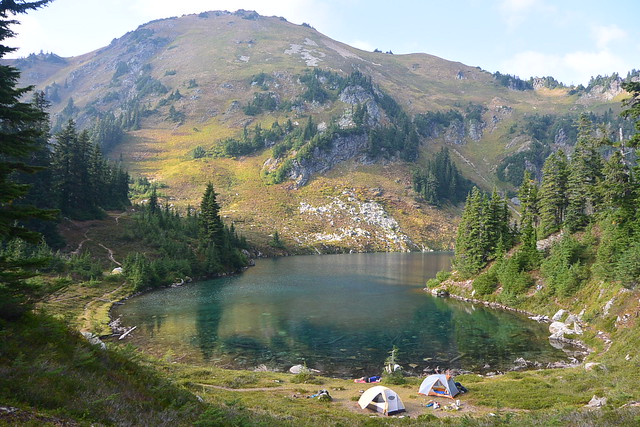 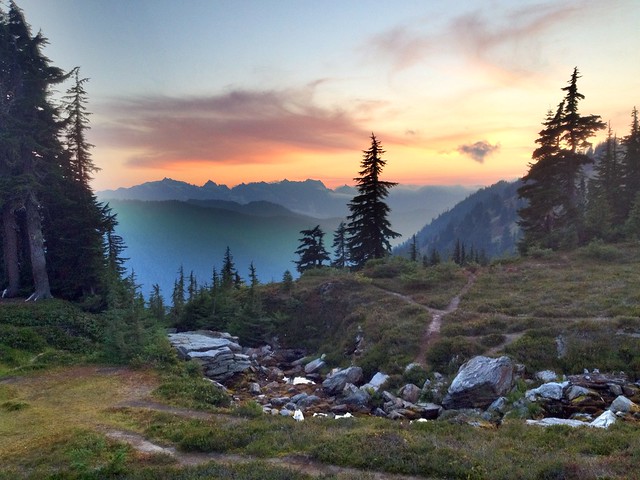 Next morning we awoke and resumed our trek across the mountain tops.  The views were equally impressive as we swung back around toward our starting point, and it was fun to look across the valley and see where we had been the day or two before.  We had covered a lot of ground! 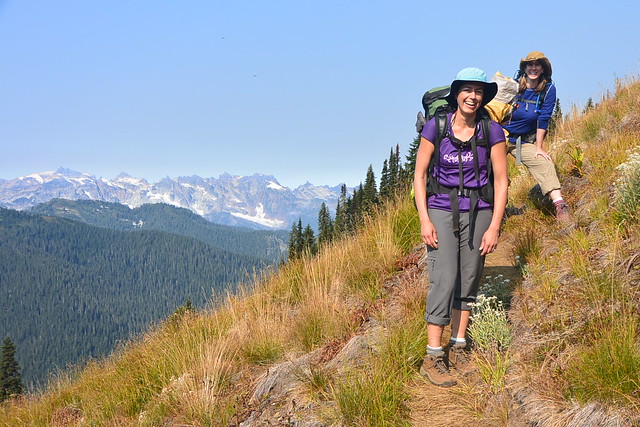 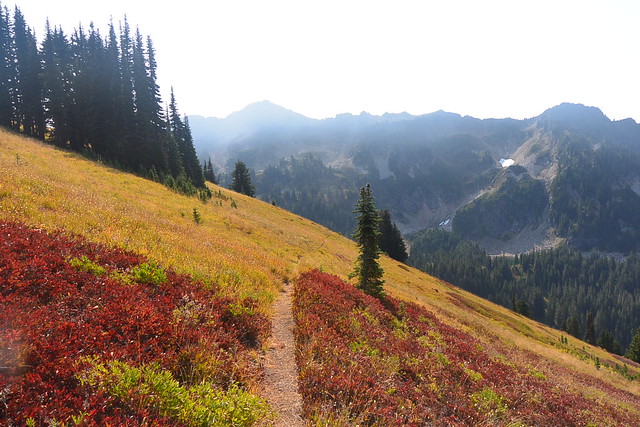 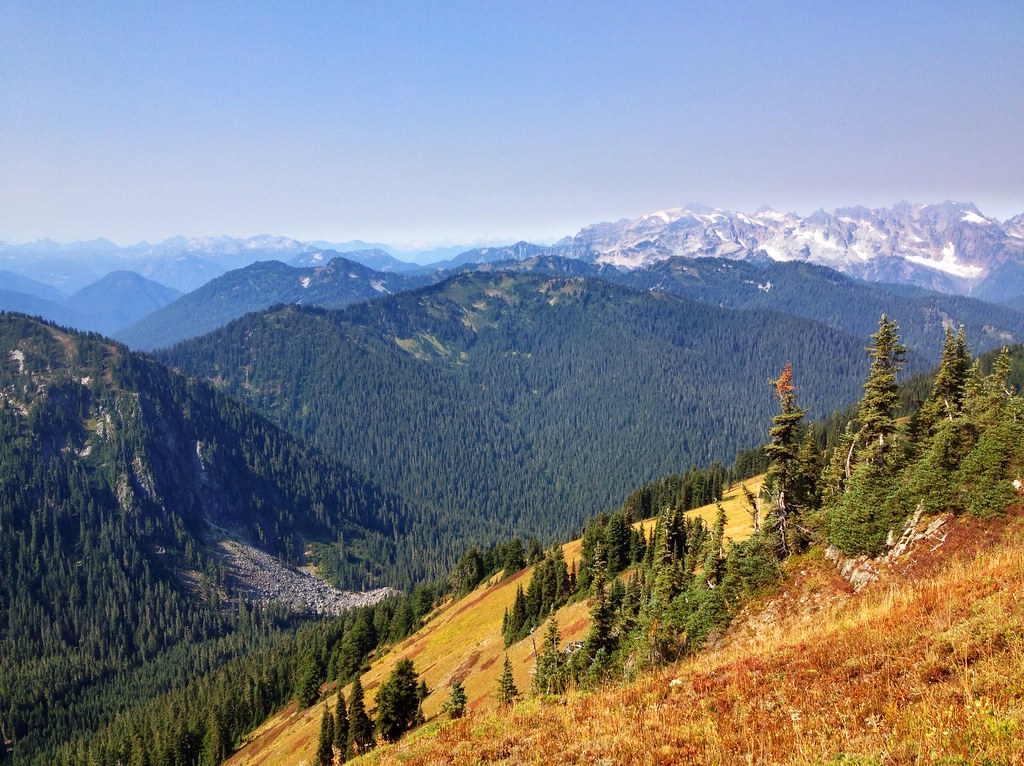 Eventually we had to come down from the ridges, and the descent was a punishing several miles for my knees.  It's too bad God didn't put MC Escher in charge of physics and/or geology -- I'm pretty sure he could have come up with a way to let me walk flat or uphill forever and still get back to the trail head...  In any event, we were delighted to get to the bottom of the valley and soak our tired feet in the river for a minute before clambering across the logs. 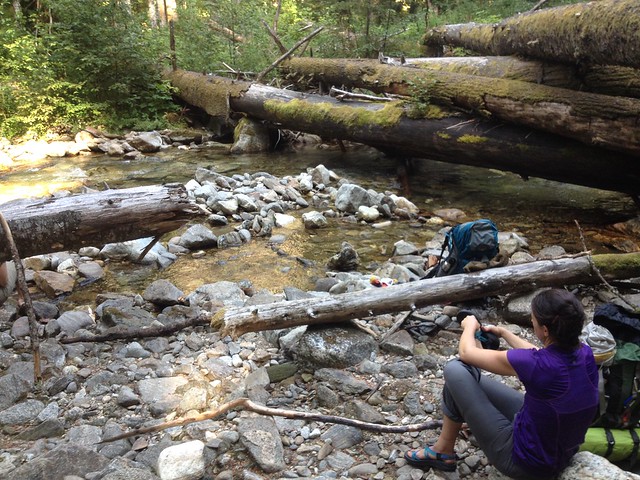 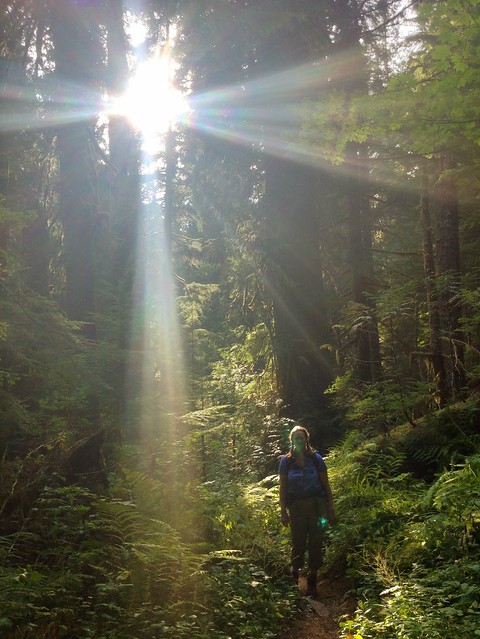 By the time we got back to civilization, we were physically tired (and not so sweet-smelling) but refreshed in pretty much every other way possible.  It was great to catch up with good friends and enjoy the spectacular natural beauty of the Pacific Northwest.  There's a good chance we'll do a similar trip next year! 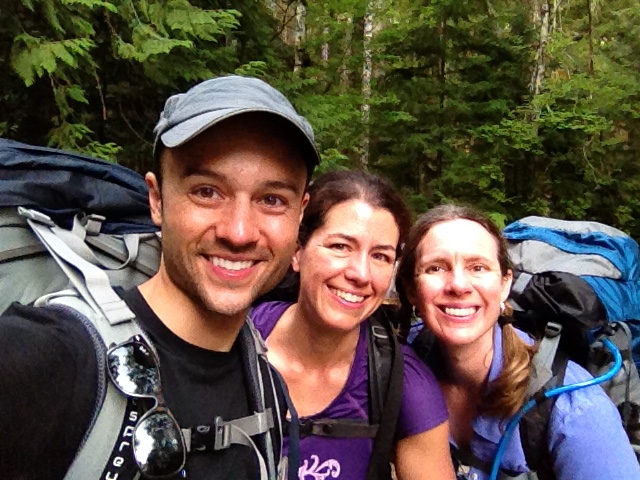