One of my best friends from my days studying in France is a German girl named Grit.  She lives in Berlin, works as a freelance journalist for the Deutsche Welle, and is one of those special souls who, if I didn't already have a twin sister, I might have suspected of being my twin separated at birth.

About a month or so ago Grit told me she needed a change of pace from Berlin and would be spending three months in the United States.  San Francisco would be her home base, but she also signed up to run a marathon in Eugene, Oregon, and wanted to use that as an excuse to come all the way up to Seattle to see me.

I, of course, was delighted at the prospect of playing host, and we soon settled on a plan where Justin and I would meet Grit in Eugene after the marathon and spend the rest of the weekend in Portland before driving up to Seattle.  Grit would stay the week at my place, and then we'd all go up to Vancouver, British Columbia, the following weekend (at which point Grit would continue on to Victoria and I would fly out to Germany -- which is a story for another time).

So far everything has gone perfectly according to plan (no surprise to anyone who knows the planners that Grit and Justin and I are), and we've had a great time!  Here are photos of our weekend in Portland:

Justin and I left Seattle after work on Friday and drove down the coast to Portland.  We got to the hotel fairly late and avoided death by starvation with a quick visit to a local "dinerant".


Next morning we got up early and drove the additional two hours south to Eugene.  We quickly found the finish line for the Eugene Marathon, which was oddly desolate.  Then we realized that the Eugene Marathon was the following weekend and that Grit was running a totally different marathon in a different part of town.  So . . . after a quick dash across town to a much more festive finish line, we found Grit recovering from the run amongst the other finishers.

We stopped at the AirBnB where Grit had stayed the night before long enough for Grit to take a shower and pack her things, and then we climbed into the car and headed back north to Portland.  Eugene is charming enough, but Grit was eager to get to the land of hipsters.

Not surprisingly, Grit was starving by the time we got to Portland, so first order of business was to eat lunch.  She said she wanted burgers and fries, which is what exactly what we found at Pause Kitchen & Bar. 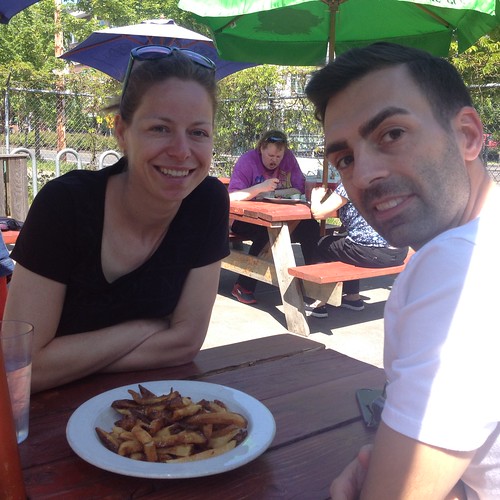 After lunch we went back to the hotel so that Grit could take a short nap (and watch a few key excerpts of Portlandia) before we headed out to see the sights of Portland.  We started with the Japanese Garden, which was lovely and in full bloom. 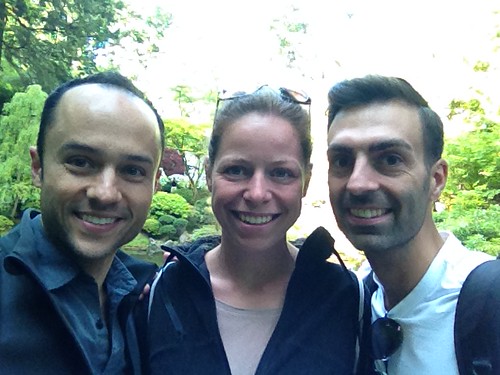 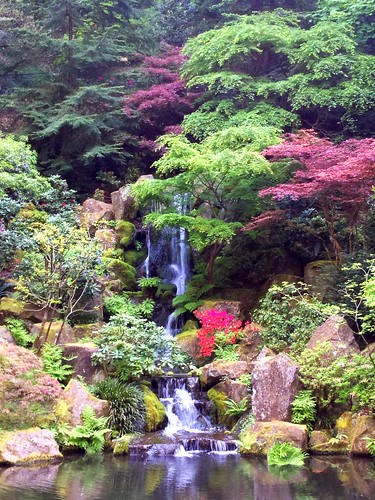 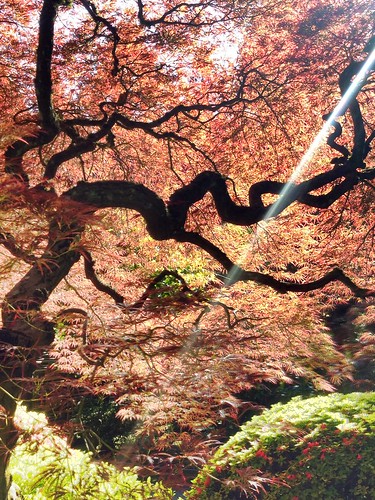 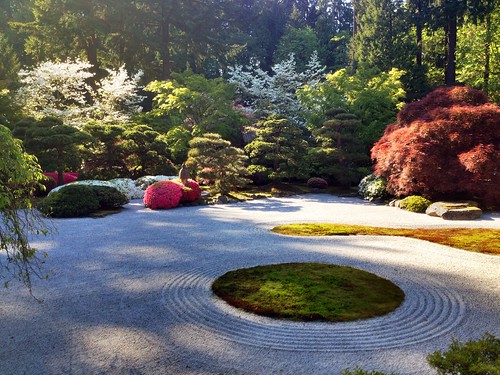 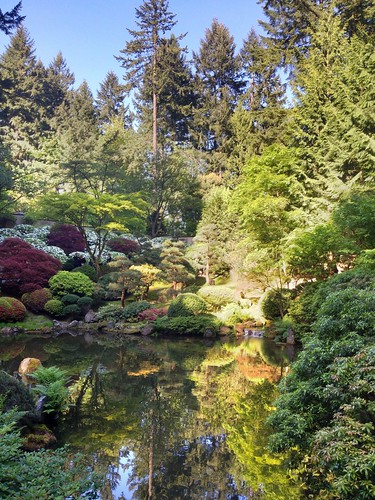 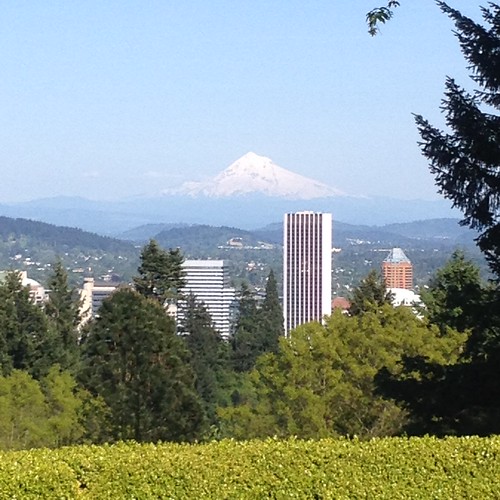 ﻿
We left the serenity of the garden for the bustle of 23rd Street, a fun, busy street full of shops and restaurants. 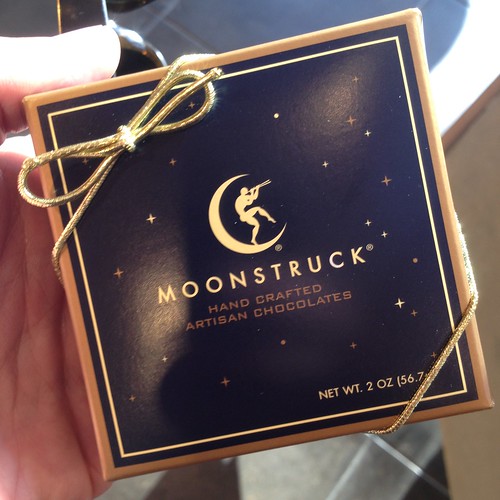 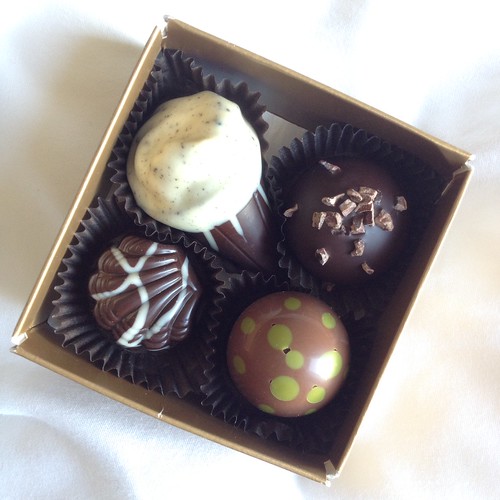 Then we passed a florist and had to stop and appreciate the calla lilies.

When we saw the sign for Salt & Straw, we went at once to the end of the line and started dreaming of delicious ice cream. 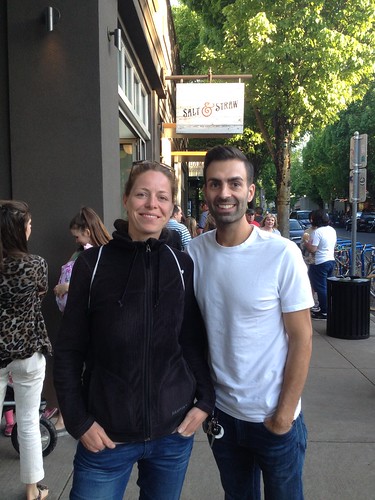 But with a line that extended outside and around the corner, we knew we were in a for a long wait.  So Justin and I ran over to the nearby donut shop for some life-sustaining refreshments.

By the time we'd gotten back in line and devoured our donuts, it was time to order ice cream.  Grit got a cone, but Justin and I shared a tasting flight.  Yum!
Grit was finally reaching her limits and voted that our next activity be a good book and a bubble bath.  Since bubble baths are kind of one-woman activities, we dropped Grit off at the hotel and went out for a stroll along the river bank.  We found a street performer who played with fire and was better at building anticipation than he was at delivering an exciting performance. 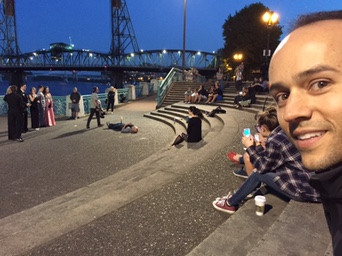 Next morning I proposed brunch at Broder Nord.  Grit was skeptical of driving to breakfast (so American!) but soon discovered how wonderful a good Scandinavian breakfast could be.

After brunch we went up to the Mississippi Ave neighborhood so that Grit could experience Portland's hipsterness.  We weren't disappointed:  The very first thing we saw was a super long line of people waiting to get into a local bikeshop.  Why?  Because it was having a sale on its cool townie bikes, and of course every single Portlander already has wants to have a cool townie bike. 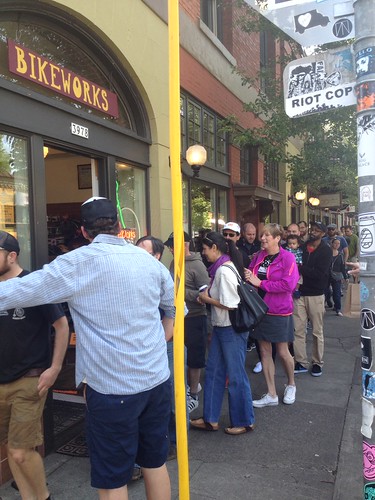 Eventually we made our way through all the fun places I'd visited with Amanda back in February, especially Meadow, the chocolate/salt shop . . .

. . . and of course Paxton Gate, that odd emporium of taxidermied animals and potted succulents.


As a cherry on top of our Portlandian experience, we passed a house with miniature goats in the backyard and neighborhood children feeding them.

We left Mississippi Ave and the rest of Portland behind and set out for Seattle.  But on the way we decided to stop for a little detour to Mount St Helens.  Its blasted cone is visible from the freeway (it had a massive eruption in 1980), and there's a visitor center not too far out of our way.  We got some nice photos, but opted not to go all the way to the best viewpoint -- they had just cleared the snow from the road two days before, but it would still have tacked on 4 hours to our trip.  That will need to wait for another time. 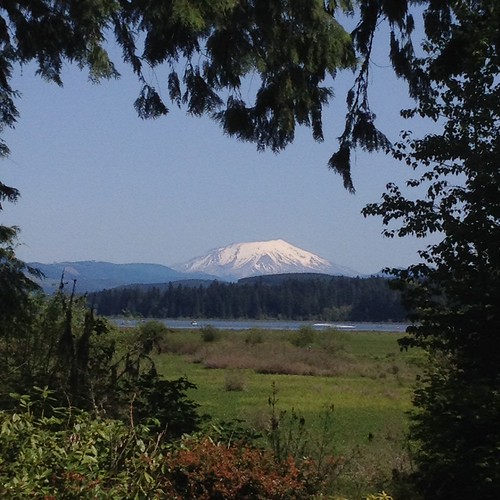 Seattle is only a couple of hours' more driving from Mt St Helens, and we were happy to be back and done with driving.  We stopped at my place to drop off our bags and regroup:  Unanimous vote for dinner and a view!


And that brought our first weekend together to a satisfying close.  The rest of the week will be more or less normal -- meaning that I'll work during the day as usual, while Grit explores Seattle and the painter repaints my bedroom, and then Grit and I meet up with Justin to do fun things at night (and I pretend not to be worried about the fact that I'm going to Europe for business meetings all next week and have no time to prepare or pack...).
Posted by JJD at 4:02 AM