A few weeks ago Alaska Airlines announced a new flight from Kalispell, Montana, to Seattle and starts promoting it with super-cheap round-trip tickets for travel between Thanksgiving and Christmas.  My dear sister Ashley, adventurous bargain-hunter that she is, saw the promotion and decided it was time for a siblings weekend in Seattle.  Next thing you know, we're making plans via text:


Me:  Let's talk soon about things we might want to do while you're here.

Here's how "hanging out and watching re-runs" played out last weekend:

Ashley landed on FRIDAY at 5pm.  I picked her up and we headed out to Issaquah for dinner at a Thai restaurant called Noodle Boat.


Thus armed with fresh garlic breath, we walked over to the Village Theatre to see their local production of Mary Poppins (it's based on the original books and the Disney movie).  Interestingly, I liked this production better than the original Broadway production I saw a couple of years ago.  That production had struck me as a little weird -- Mary was smug and the doll execution scene super creepy.  But this production downplayed the creepy factor and made Mary much more sympathetic.  The result was a charming story with some good life lessons mixed in.


On SATURDAY morning we slept in until the outrageous hour of 9am and then walked over to Revel for a Korean-inspired brunch.
Then we strolled through the Fremont neighborhood.  It was a chilly, foggy morning, but still fun to take in the houseboats on the lake and the quirky public art.

We stopped by the house for a quick post-brunch nap and a few more sweaters before heading downtown to see the Seattle public library . . .

. . . before embarking on a Savor Seattle food tour of the Pike Place Market.

When we finished the food tour, it was nearly dark and we needed to kill an hour or so before dinner. So we headed over to Seattle Center to gawk at the Space Needle . . . 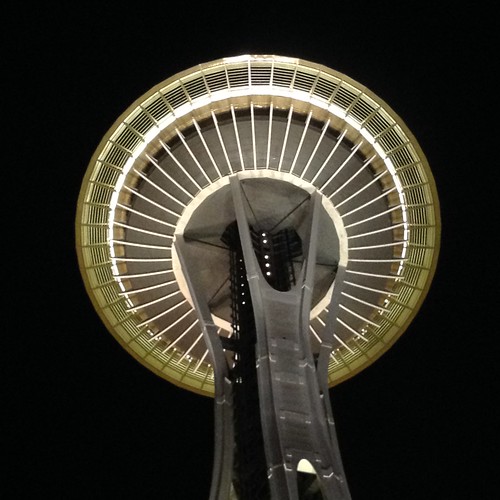 . . . and appreciate the loveliness that is Chihuly's blown glass. 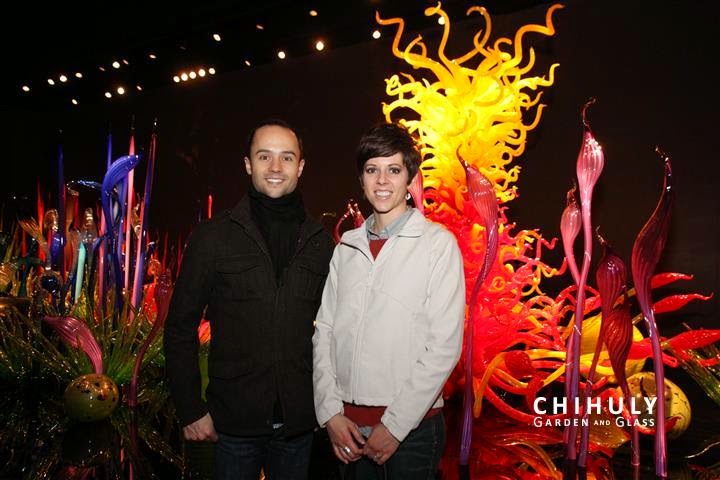 Conveniently, I had made reservations for Tilikum Place Cafe, which is only a couple of blocks from the Chihuly museum, so we didn't have far to go for dinner.
If you thought dinner would be the last item on our agenda for the day, you thought wrong -- the night had only just begun!!  This is the holiday season, after all, and that means parties and ugly Christmas sweaters.  Fortunately Ashley is not only an evil genius for Halloween costumes, she's also got the golden touch for ugly Christmas sweaters.  In the weeks leading up to the trip, she crafted some real beauties.  We left the restaurant, donned our sweaters, and hit the party circuit.

I'd been invited to four parties, but we only made it to two of them.  The sweaters were a huge hit and definitely some of the best out there.  You should have heard the number of random strangers who stopped to comment on and admire our sweaters!

SUNDAY morning dawned foggy and cold and awfully early, considering how late we'd gone to bed the night before.  But we had things to do, so out into the world we went.  First stop? Breakfast at Silent-Heart-Nest!  Run by elderly white women in saris, the place may look like an odd hippie diner, but it's got the best non-Korean breakfast in my neighborhood.

Having thus breakfasted, we set out for the little town of Leavenworth, Washington.  Leavenworth is a tiny town about 2.5 hours away from Seattle in the middle of the Cascade mountains.  It's claim to fame is kitsch:  In the early 1960s the town was struggling to survive, so the village elders decided to turn it into a Bavarian village.  They transformed every building in town to look like something straight out of a Grimm fairy tale and/or Disneyland.  It's ridiculous but also totally endearing in its earnestness -- and it's close enough to the real thing that it answers a little bit of that longing to go back to Germany (or at least Strasbourg) for Christmas. 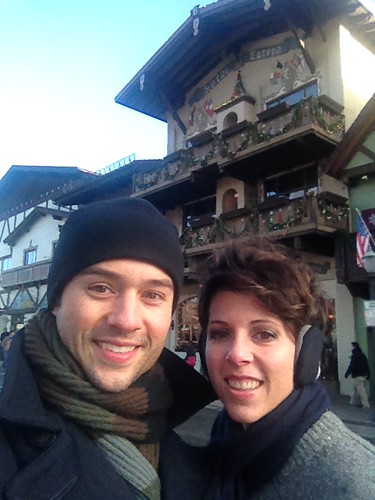 We met up with some of my friends from work -- including Ruth and Tobias, both actual Germans -- to explore the town.

When night fell (at 4:30pm!) everyone gathered in the central village square in front of a gazebo where a choir of well meaning (bless their hearts!) high schoolers were singing Christmas carols.  The emcee introduced Miss Leavenworth and a handful of Santas with impressive beards.  We all sang a couple of carols together and then, after a collective countdown, the town lit up all the Christmas lights at once. 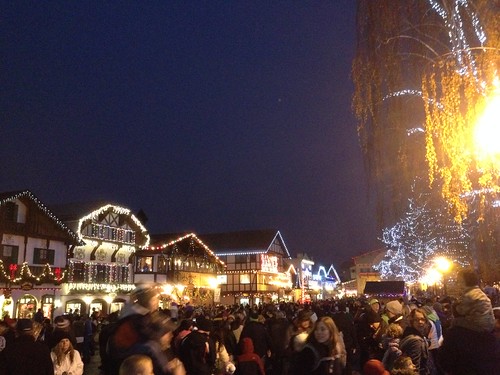 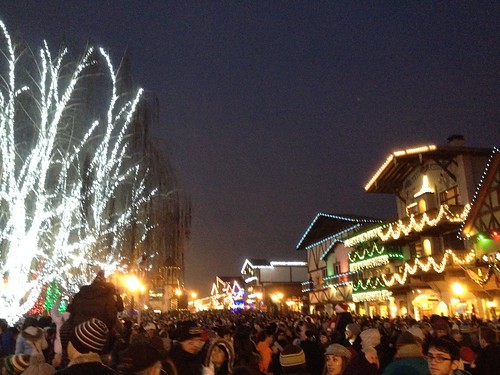 It was fun and cold and time to go home.  And because the whole lighting ceremony was finished at 5pm, we still made it home before 8pm.  Which meant that we had all the time in the world to hang out on the couch watching reruns before bed, just as we'd planned to do all along . . .   :)

THis sounds wonderful! I can't wait to be there!

You are so funny. Is Ashley your twin? I can't remember. Also, she looks just like your mom. :) I've also always wanted to go to Leavenworth.

Wow, those are some fancy ugly sweaters!