Chicago's Lookingglass Theatre is one of our favorite theatres and has been the excuse for weekend trips to Chicago more than once.  When Amanda heard last fall that they were staging a new adaptation of Antoine de Saint Exupery's book The Little Prince, we bought tickets and, well, that's how we all ended up here this weekend in the first place. 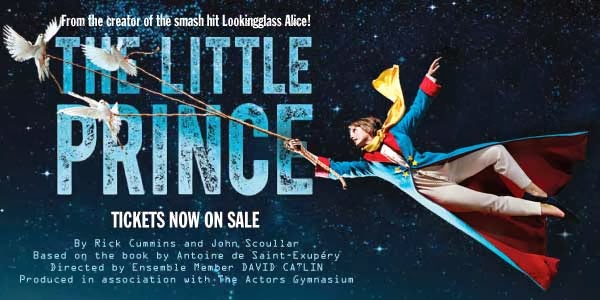 So, after that fantastic dinner at Everest, we made our way over to the theatre and took our seats in the front row.  What followed was a delightful and imaginative adaptation of a book that doesn't exactly lend itself well to the stage:  it doesn't have much of a plot; it requires a bunch of different planets, a talking fox and a precocious little kid; and much of the book's charm lies in its use of simple, childlike line drawings.  On most of these things, the company found good solutions. 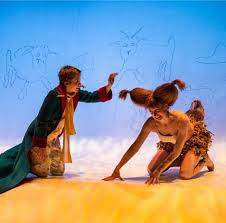 And the planets were ingenious samples of clever stagecraft -- each one made perfect sense, and no technology was repeated twice.

The whole action of the play took place on a giant, unfurled blank page on which the narrator (the adult aviator) drew pictures with a grease pencil. 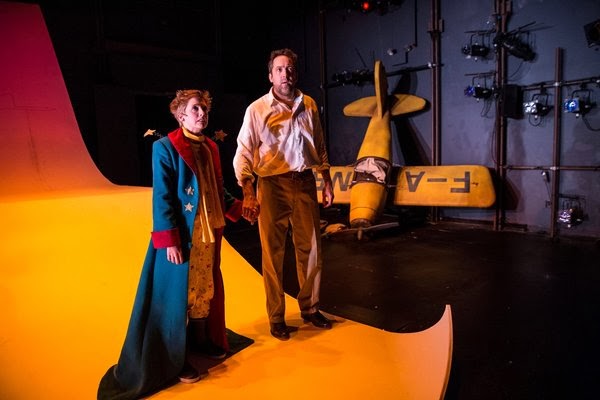 As for the plot, well, there still wasn't much of one.  The prince's travels from planet to planet ended up feeling somewhat like a quest, and the aviator's reactions seemed to impose some sense of connection between the prince and his rose and the aviator's youth and perhaps a lost love.  But it scewed a little off-target, in my opinion, when it came time for the prince to return to his planet and the Christ-figure images became obvious and a little heavy handed.  I wouldn't say that it's the best thing I've seen at Lookingglass, but it was fun and clever and a wonderful excuse to play in Chicago with wonderful friends.