A few weeks ago my friend Amy told me that she and Kristin (our mutual friend who lives in El Paso, Texas) were planning a week-long backpacking trip to a place called Big Bend -- a national park along the border in western Texas.  They wanted to know if I was interested in joining them.

As tempting as the invitation was, I had just gotten back from a week's vacation in the chillier northern states, so I thought the timing wasn't quite right to take off again.  But then we learned that Kristin had commitments on Saturday night (choir concert) and Sunday morning (half marathon) that would prevent them from leaving for the wilderness until Sunday afternoon anyway -- so I thought, why not spend a weekend with Amy and Kristin in El Paso?

On Saturday morning I woke up at 4:00am to finish packing and get to the airport in time for the 7:00am flight to Texas.  Amy met me at the airport and we had fun catching up until the plane took off, at which point we both zonked out.

Thanks to the difference in time zones, we landed in El Paso a little after 11:00am -- just in time for lunch!  Naturally, both Amy and I were craving green chile, so Kristin took us to Avila's to get our fill.


After lunch, we ran errands so the girls could get supplies for their camping trip.  While they selected fuel canisters for the camp stove, I noticed the mini rifle-shaped BBQ lighters that were on sale in the same aisle.
After the errands, we went back to Kristin's house.  Amy and Kristin planned out their camping menus; I sat on the couch and read a book and tried to be friendly to Kristin's eager-to-please dog.

Then it was time to dress for the concert.  This was a performance of Carl Orff's Carmina Burana by the El Paso Symphony Orchestra, and Kristin (who is an excellent singer -- we sang together in law school) was in the chorus.  She, naturally, was all in black, but Amy and I could be more colorful.  Amy donned a fun summery dress that worked well in the early desert springtime, while I figured I'd introduce El Paso to the bow-tie. 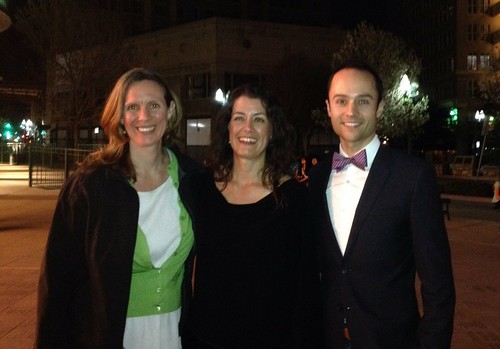 I hadn't known whether bow ties were cool in Texas, so I cleared it with Kristin's husband, David, ahead of time (he said, "go for it, you'll be the only one!") and enjoyed the reactions.  My favorite was in the convention center, where we stopped to pick up our race packets on the way to the theater.  I walked up to the registration desk and the women were so impressed with how "dapper" I looked that they couldn't help but ask where I was from and what I do for a living and oh, since I'm an attorney, do I know Sam Blumenfeld?  They also told me that one of them had lived in DC for a while (at 18th and T, to be precise) and heavens, honey, you're gonna be SWIMMING in a medium t-shirt so here's a small.

The concert was about what you'd expect for a town like El Paso -- passable execution, with an appreciative and forgiving audience (read: clapping between movements and standing ovation at intermission and at the end).  Kristin's husband was there, and some of her family from nearby Las Cruces, all of whom I'd met at the wedding last spring, so it was fun to see them again.  And the theater was a real gem.  Apparently constructed in the 1920s as a movie house, the Plaza Theatre has been converted into a venue for the performing arts and lovingly restored to its Spanish Colonial Revival style glory glory.  I wish I had taken pictures (and the ones I found on the Internet don't do it justice), because it was really a charming and lovely theatre -- unlike any other theatre I've seen in the US.

After the concert Amy and I were exhausted (having awoken at 4am!) and so we went home and went to bed -- only to get up bright and early the next morning to run a race!

Kristin and I ran the half marathon, and Amy ran the 5K.

Now, lest you start thinking this was a great idea, I should point out that I have not run more than a few hundred meters at a time since last March, when I ran the Cherry Blossom Ten Miler here in DC.  True, I've done plenty of cycling and cross fit and other training -- so I've got a decent fitness base -- but no running. 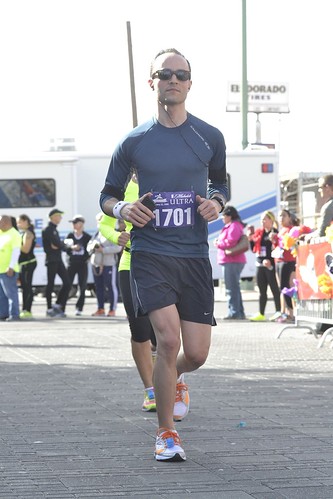 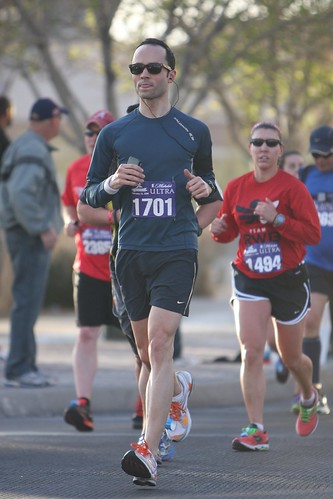 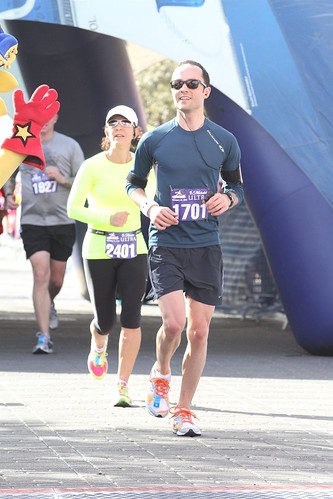 That fitness base got me through ten miles, no sweat.  I felt GREAT.  The air was cool but not cold, the sun bright and warm, and I maintained a comfortable 8:30 pace.  But then around the ten mile marker my hips and knees decided they were done with this game and it was time to go home.  So they gradually got tighter and tighter, and more and more painful -- by the end, I had dropped to a 12:00 mile and had to stop and stretch every so often just to keep my mobility!  It was ridiculous and a little discouraging when I saw all the people I'd passed running by.  Only then I reminded myself that I'd done zero training and so finishing was an accomplishment in and of itself.  Wahoo!


After the race, we went for brunch at a place that I've forgotten the name of.  Again, green chiles figured prominently in the menu -- and it was very tasty, especially the cinnamon-roll French toast.

By the time we'd finished brunch, returned to the house and showered, there was only about 45 minutes before I needed to head back to the airport.  We considered whether there was anything worth seeing during those 45 minutes but opted instead to relax on the back porch, soaking in the desert light and marveling at how different it felt from Virginia.  It's the sort of down-time that I hardly ever take for myself, but which is so wonderfully restorative, especially when shared with friends.

The home-bound flights all went smoothly.  I made my connection in Dallas and landed in DC around 11pm -- just in time to fall into bed before starting work again on Monday morning.  It was a super short trip, but we managed to pack a lot into just a few hours!  My kind of vacation… (in fact, at one point Amy was marveling at our ambitious itinerary and said, "I feel like I'm vacationing Jason-style" -- how right she was!).
Posted by JJD at 9:20 PM

Yes, that is model behaviour . . . in Texas! And even if I were a runner, I'm not sure I would ever run a half-marathon just because I could. Jason-style, indeed. :o)