Seattle for the Fourth - Independence Day

The Fourth of July last year was blazing hot.  This year?  Not so much:  Chilly and grey, with patches of rain.  Apparently this is how the Pacific Northwest "does summer."  But being the good Americans we are, we celebrated our independence -- weather be damned!

We caught a late-morning ferry to Bainbridge Island, where Justin's parents had saved curb-side seats to watch the Bainbridge village parade. 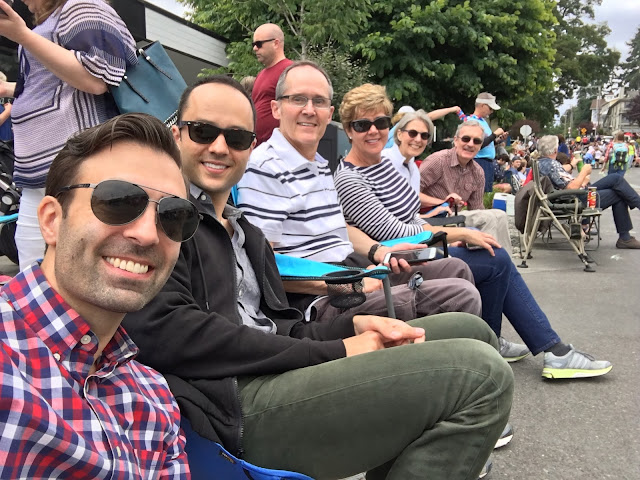 It was a classic small-town parade with old cars, a couple of marching bands, and a smattering of local celebrities.


Partway through the parade we became famished and took advantage of the sidewalk grilling operation at the pub behind us. 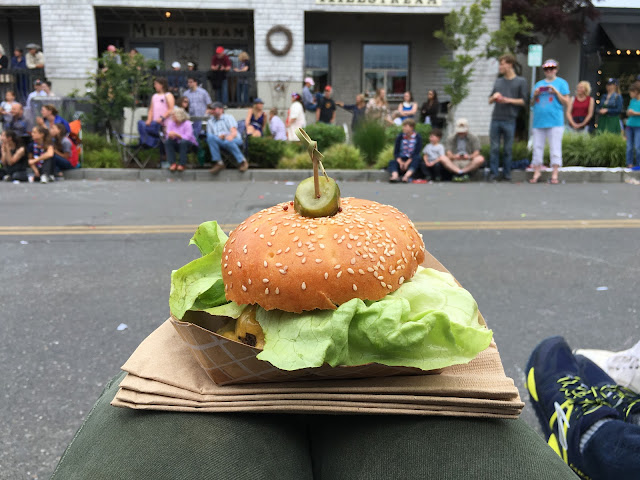 The hearty burger helped me last through the rest of the parade.

Once the parade had ended, we walked around to the parking lots where all the old cars were on display.  The dads loved it. From old cars to tasty food -- no trip to Bainbridge is complete without a stop at Mora's ice cream shop.


We got back to the mainland in a shower of rain and headed upstairs to the roof for dinner.

Shortly after finishing our peaches, the fireworks spectacle began:  A helicopter swung by trailing an enormous American flag; we heard the national anthem blaring through the speakers at the lakeside park.  Then the fireworks . . . . 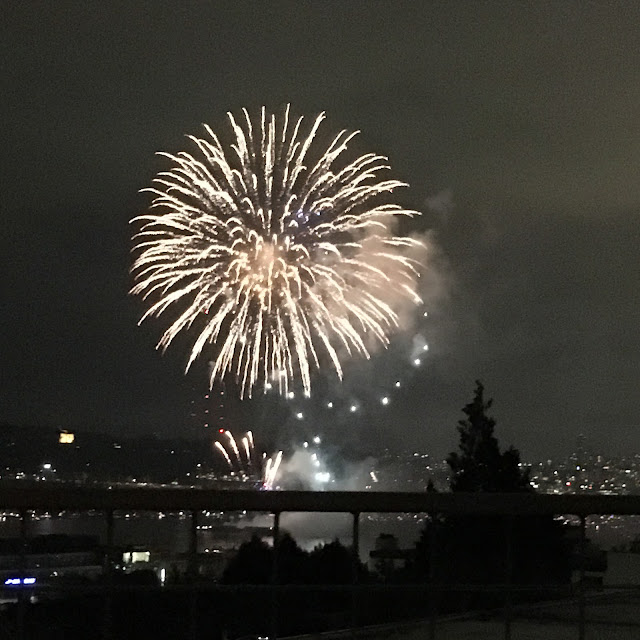 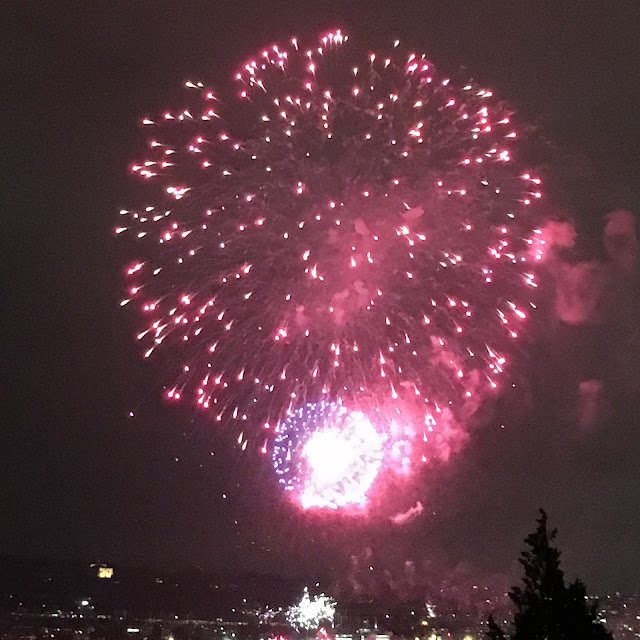 It was a fun day, despite the rain and chilly temps!