Okay, so you know how every place has its quirky cultures and traditions?  Like, how Seattleites pretend never to use umbrellas and all have purple-dyed mohawks and electric cars?  Well, one of the Seattle quirks that I'm definitely on board with is using the grey, wet winter as an excuse to take springtime vacations to tropical places like Hawaii and Mexico.

I'd noticed that trend shortly after I moved here last year, when everyone was just getting back and was all tan and couldn't stop talking about how they'd run into their entire neighborhood on the beach in Maui, and I'd been thinking that I needed to get in on the action.  Then, back in January, I decided to switch wards, and before I knew it one of the guys in the new ward asked if I wanted to join him and a group of friends (all LDS) for a week in a penthouse condo in Puerto Vallarta.  Of course I said yes --  because international travel with a bunch of strangers?  Why not!

I used the intervening weeks to start working on my tan, getting to know Justin better (everyone else was coming from other states, so they had to remain strangers), and trying not to take over planning the entire trip for everyone.  Fortunately, Justin and I hit it off, and by the time we got to the airport I knew it would be a great trip.
The flight down was smooth and uneventful.  We spent most of it reading shelter magazines and watching Scott Pilgrim vs The World, which was surprisingly delightful and perfect vacation fare.  We sailed through immigration and customs (an advantage to arriving mid-week!) and met up with Todd (a guy from New York), who had arrived about twenty minutes before us, and Randall (from DC), who had come with the car to give us a ride into town.

Justin had stayed in the condo last year, and he'd told me that it was spectacular.  Turns out, he wasn't exaggerating!  On the top floor of the Molino de Aguas complex, it was arguably the best location in town.  We had three full master suites on two levels, with indoor-outdoor dining and living areas, a private sun deck and infinity pool on the upper level, and stunning views of the bay and city.

After dropping off our bags and pausing long enough to change into shorts and sandals and meet Jon (another New Yorker) and Jed (from Utah), we all piled into Randall's tiny rental car and headed out to Walmart to stock up on groceries for breakfast, beach snacks and late-night munchies. 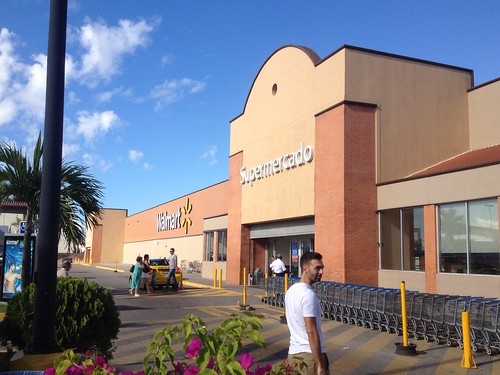 With that errand out of the way, we headed out in search of dinner.  Justin and Randall convinced everyone that tacos from Pancho's Tacos were the right answer -- so we placed an order for about forty tacos (4 little tacos per person), and then went to the beach to watch the sun set while the tacos were being prepared.
There was a neat jetty that let us walk out over the water and take in the views.  Naturally it was a great spot for photos of our newly formed group. 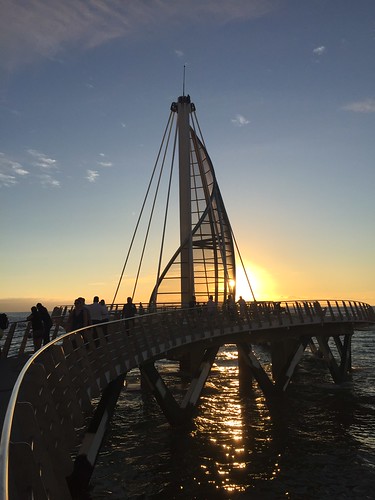 We knew that by the time the sun had set, our tacos would be ready.  So we bid farewell to the sun and then picked up our boxes of tacos and brought them back to the beach to watch dusk turn into night.
We polished off those tacos in approximately three seconds and still had room for dessert.  So we went to Lix and got frozen bananas on a stick. 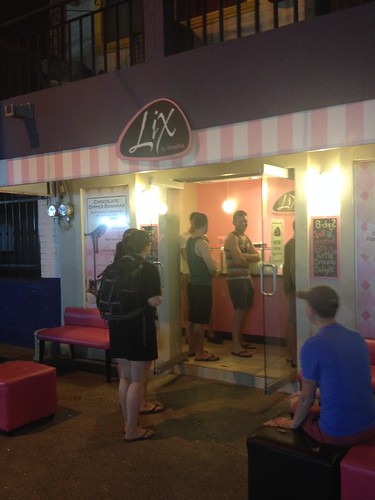 Having thus satisfied our collective sweet tooth, we went back to the condo to sit in the pool and watch the pirate party ship launch fireworks into the night sky.  What a great start to a vacation! 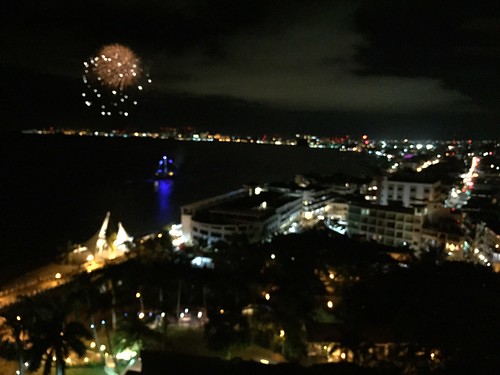 What a fabulous start!