The Hike: Autumn color in the Enchantment Lakes

The last time I went on an overnight backpacking trip was, gosh, probably sometime during the year or so after I got my Eagle Scout award.  So, early high school, roughly 20 years ago.  Since then I've hiked, and I've camped, but both together?  Not until this last weekend.

On Wednesday my friend Colin asked if I wanted to go backpacking with him and his friend Corinne in the Enchantment Lakes over the weekend.  The Enchantments, he said, were among the most spectacular nature destinations in the state of Washington, well worth the trip at any time during the year, but especially now.  The high glacier lakes are surrounded by groves of larches that turn bright gold in autumn and transform the place into a magical wonderland.

Although my non-spontaneous self would have preferred more than two days' notice, I decided to give it a go.  I mean, what's the point of living here if I'm not willing to run off with only four hours of sleep into the rainy Cascade mountains to climb sheer rock faces and camp in the cold?  Between generous friends and a trip to the rental counter at REI, I managed to cobble together enough gear lined up to avoid dying of exposure on the mountainside.  And when 5:30am rolled around on Saturday morning, I was ready to go.

We took two cars so that we could do a "through" hike, meaning that we could hike the full 18-mile trail that ran from one side of the mountains up over Aasgard Pass, through the Enchantments, and down through the Snow Lakes to a different trailhead.  No need to retrace our steps with a simple out-and-back itinerary.

I wouldn't say this was an easy hike.  Aasgard Pass was insanely steep, and 18 miles of hiking -- steep or not -- is going to leave your feet and back and knees feeling a little worse for wear, especially if you're using a borrowed pack that doesn't fit so well.  And the weather wasn't exactly cooperative, either.  Saturday was cold and rainy, with a persistently blustering wind that burrowed right into sweaty clothes every time we stopped.  It took us quite a while to find a decent campsite amidst the snow and the rocks and muddy lakeside marshes.

But oh! -- the scenery!  Breathtakingly beautiful and otherworldly.  The sort of thing in the nature that makes fairy tales and fantasy seem plausible.  I'll let the photos do the rest of the talking: 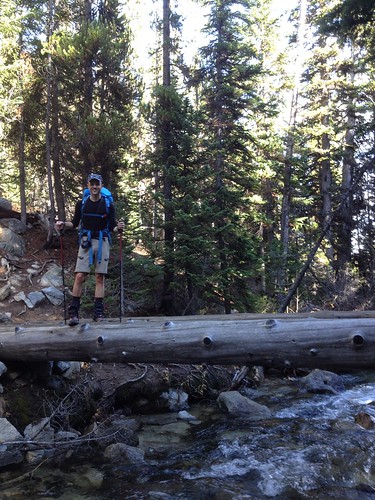 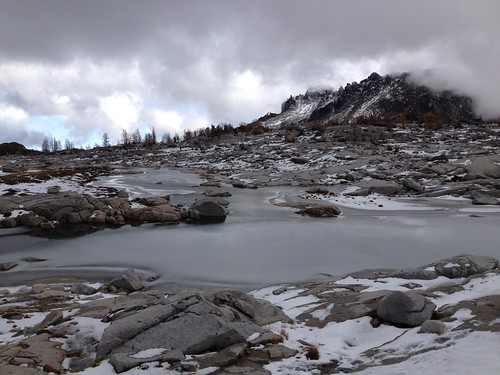 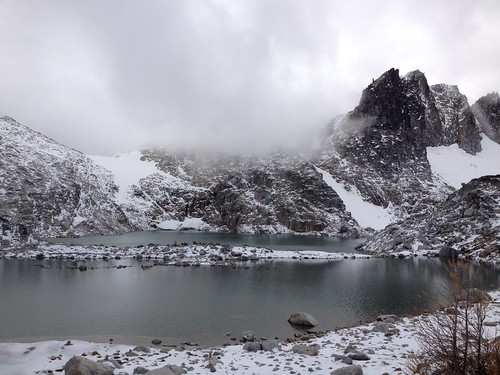 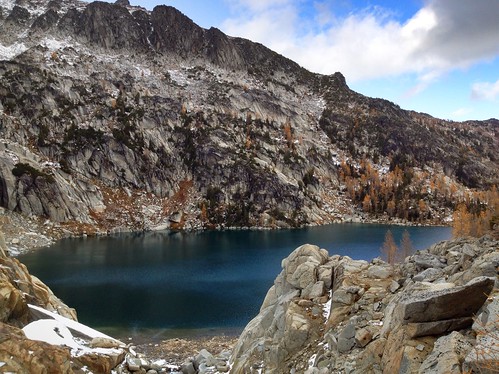 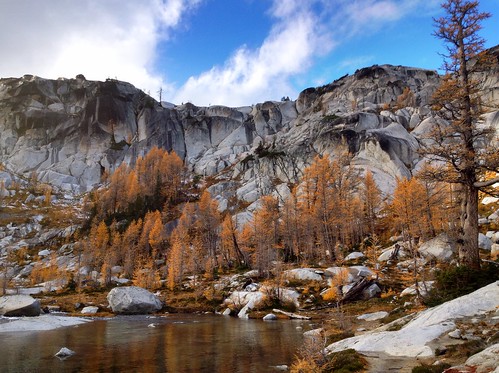 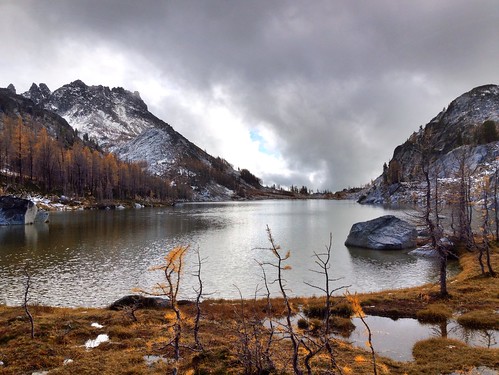 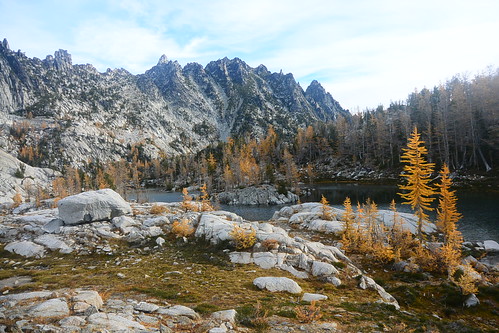 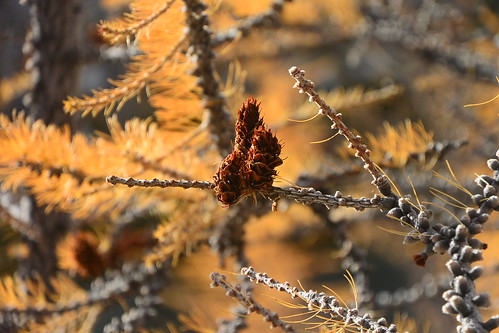 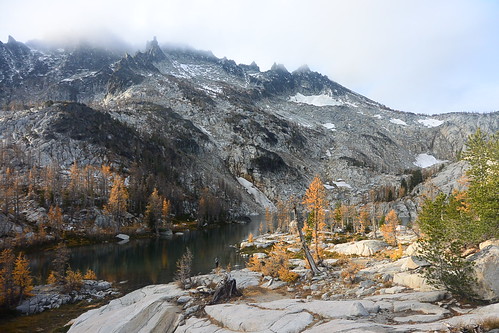 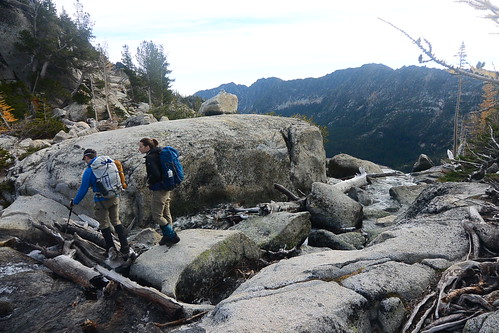 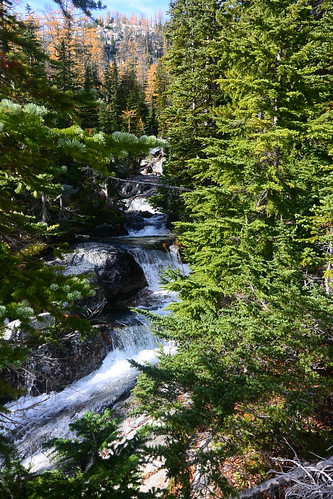 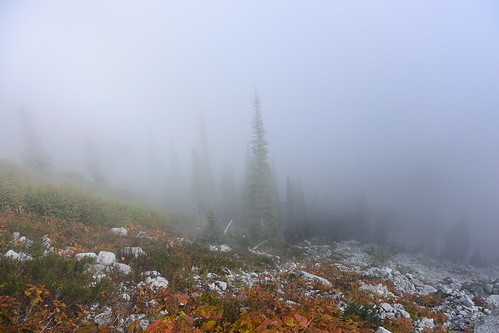 Wow! That's gorgeous!Looks very "crisp". The color of the trees is just beautiful. I can almost smell the freshness.